The mudslinging against Ratzinger resumes

Ratzinger has been accused by the weekly magazine Die Zeit of covering up for a paedophile priest. The facts date back to 1980, when the Pope Emeritus was archbishop of Munich and Freising. But the issue is already well known and came under the spotlight in March 2010. What is behind this umpteenth attack on the Pope Emeritus? 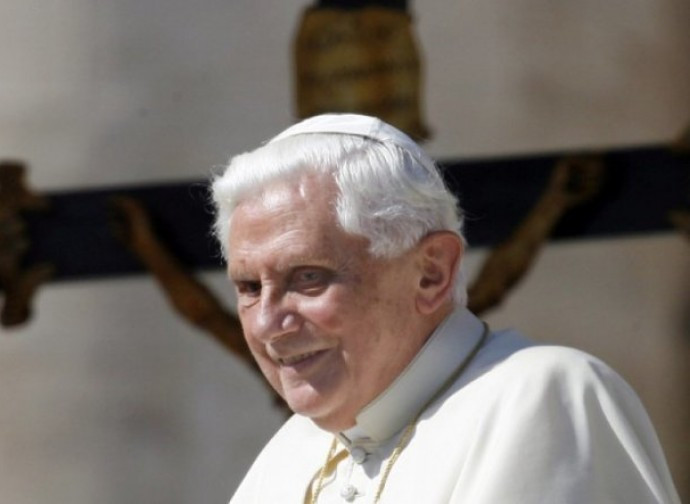 The mudslinging against Ratzinger has begun again. The man who will be remembered for having first denounced "the filth in the Church" during the 2005 Via Crucis and then for having fought against it once he became Pope, has been accused by the weekly magazine Die Zeit  of having covered up for a paedophile priest.

The facts purportedly date back to 1980, when the Pope emeritus was Archbishop of Munich and Freising. According to the German magazine, the smoking gun is to be found in a 2016 document drawn up by the archdiocesan ecclesiastical tribunal, which states that the bishops of Essen and Munich had failed to fulfill their duty to protect minors.

The protagonist of the case is “Father H.”, a priest from the diocese of Essen, who is accused of forcing an 11-year-old boy to perform oral sex in 1979 and who was transferred to the main diocese of Bavaria in 1980 for therapy with the consent of the then Archbishop Ratzinger. "Father H.", as he is referred to in the sensationalist articles that are currently appearing, is none other than Peter Hullermann, and the alleged involvement of the current Pope Emeritus in his case had already come under the spotlight in March 2010.

At the time, in fact, Der Spiegel published the revelation in the same days in which the Pastoral Letter to the Catholics of Ireland was made public, the document-symbol of the pontificate of Benedict XVI on the subject of paedophilia. The timing was probably not accidental and had the effect of striking a blow to the credibility with which the then reigning Pontiff intended to clean up the Church.

Now, almost twelve years later, that story is recalled by another German weekly with the only novelty being a document from 2016 of the ecclesiastical court of the archdiocese that ended up in the hands of the press just before the announced publication - between 17 and 22 January - of the report on abuses and cover-ups in Munich in the period 1945-2019. The report was prepared by WSW, the same law firm that produced the first report commissioned by the archdiocese of Cologne, which was subsequently blocked by Cardinal Rainer Maria Woelki because it was said to have presented significant legal lacunae and violated the rights of those involved.

The halt to publication cost the Archbishop of Cologne a massive smear campaign, which was followed by an apostolic visit and a break ordered by Rome. However, even in Munich, the initially planned publication of the report was not respected, since Cardinal Reinhard Marx had announced it for the summer of 2021. The article in Die Zeit, taken up by all the world's media, could have the effect of focusing the spotlight on the upcoming publication since - as the authors explained - the legal team should have paid "particular attention" to the case of "Father H.".

The accusation against Ratzinger of having covered up for the paedophile priest, in any case, was already dismantled in 2010 after the Spiegel article was published with the explanation provided, thanks to documents in its possession, by the archdiocese of Munich and Freising formerly led by Cardinal Marx: the former archbishop gave his consent to the transfer of the priest to Munich but not to his return to pastoral activity. The facts were as follows: informed of the violence committed against an 11-year-old boy on his return from an excursion, the diocese of Essen ordered Hullermann to undergo psychotherapeutic treatment for which he would have to move to the Bavarian capital. The priest then asked the archdiocese of Munich for accommodation and his request, which discussed at a meeting on 15 January 1980 at which the then Archbishop Joseph Ratzinger was present, was granted.

The green light from the current Pope Emeritus was limited to accepting the transfer, not to conferring pastoral duties, as archdiocesan spokesman Bernhard Kellner pointed out in 2010. A month later, however, Hullermann was given a parish duty by the then vicar general Gerhard Gruber. This decision was taken "contrary to what Ratzinger had decided", according to Andrea Tornielli - the current editorial director of the Holy See's Dicastery for Communication - and Paolo Rodari, who supported the defensive thesis in "Attack on Ratzinger". Gruber, who is still alive, admitted responsibility in a letter dated 12 March 2010, speaking of his "grave error". From 1980 to 1982, there were no reports or accusations of criminal conduct by Hullermann, who was transferred to Grafing in December 1982 at the behest of Cardinal Friedrich Wetter, who succeeded him as head of the archdiocese of Munich after Ratzinger's promotion to Prefect of the Congregation for the Doctrine of the Faith.

In the Bavarian municipality, “Father H.” was again guilty of paedophilia, for which he was sentenced to eighteen months on probation in 1986. Also suspected of having committed abuses in Garching, where he stayed from 1987 to 2008, he was suspended in 2010 from the archdiocese of Munich and Freising for having violated Cardinal Marx's ban on providing spiritual assistance to minors two years earlier.

About twelve years ago, when the affair was reported by Der Spiegel and relaunched by the New York Times with the accusation that Ratzinger had been informed of the priest's reassignment despite his therapy, the archdiocese of Munich stood firm, claiming through the spokesperson that it believed that the then archbishop did not know of his vicar general's decision. Now, however, the content of this document from the tribunal of the archdiocese of Marx, dated 2016 - with Benedict XVI no longer reigning - has been leaked, which allegedly presents negative judgments on the handling of the Hullermann case by the then archbishop.

An interesting interpretation of the scandal that broke twelve years ago and targeted Benedict XVI, with calls for his resignation, was put forward by Massimo Introvigne, interviewed in the aforementioned book by Tornielli and Rodari - precisely because of the revelations concerning the Hullermann affair. It is worth proposing it again in light of the attacks suffered by the Pope Emeritus in these hours following the article published in Die Zeit:

"The controversies that erupted in March 2010 show a typical characteristic of moral panics: facts dating back many years, in some cases more than 30 years, and in some cases already known, are presented as 'new'. The fact that - with a certain insistence on the Bavarian geographical area, where the Pope (now Emeritus, ed.) comes from, and the period during which Cardinal Ratzinger headed the Congregation for the Doctrine of the Faith - presented on the front pages of newspapers of the 1980s or even 1970s as if they had happened yesterday, and that furious polemics arise, with a concentric attack that every day shouts out new 'discoveries', clearly demonstrates how moral panic is promoted by 'moral entrepreneurs' in an organised and systematic way. The case of Munich, which - as some newspapers have headlined – ‘implicates the Pope’ is in its own way a textbook example".