The many little Eichmanns of a ‘pandemically’ correct world

Singled out is whoever is openly skeptical about anti-Covid measures, others are punished for dissenting with mainstream thought, the manhunt continues for the plague spreader with his nose peeking out of his mask. We are at the mercy of so many Eichmanns, model citizens who think what they must think, obey, and never step out of line, “because so says the law”. 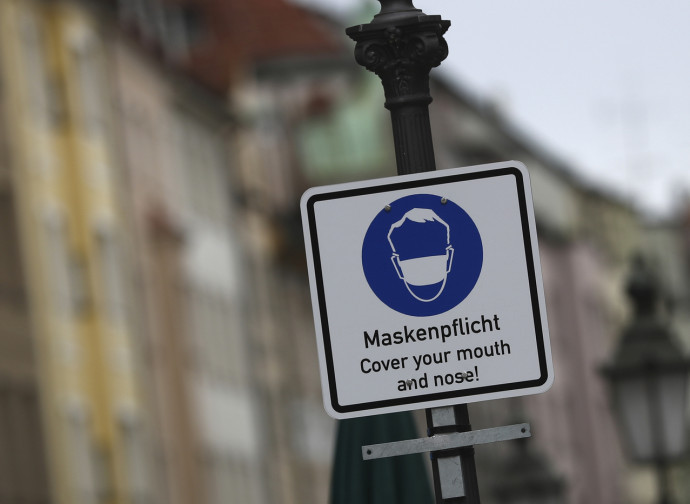 Otto Adolf Eichmann was born in the Rhineland area of Germany in 1906. During the Third Reich he dealt with the transportation of Jews to the various concentration camps. After the war he fled to Argentina, where he was later hunted down and kidnapped by the Mossad. Taken to Israel, he was put on trial in Jerusalem in 1961. The Eichmann trial was supposed to have been exemplary and spectacular, and to this end journalists were invited from all over the world. A weekly magazine, The New Yorker, sent the Jewish intellectual Hannah Arendt to cover the trial, and she published her notes and thoughts in Eichmann in Jerusalem. A Report on the Banality of Evil (Viking Press, 1963).

Unfortunately, however, things did not go the way the Israeli Prime Minister intended. First of all, the whole affair raised various doubts and perplexities. In addition to highlighting the spectacular nature of the trial that was foremost in the mind of the Israeli authorities, Eichmann’s kidnapping was certainly a violation of international law, as well as the rights of the defendant. Above all, however, was it right for Eichmann to be put on trial by the winner and without having broken any law in force in Germany during the Third Reich? Nonetheless, on two occasions Eichmann himself was the cause of a sense of bewilderment in all those following the trial, including the judges.

The first time was when he simply appeared in court in person. Everyone was expecting to see a proud soldier with a martial bearing. Instead, what they saw was someone akin to the lowest level of a  meticulous office worker: “A middle aged man, average in height, going bald, with crooked teeth and evidently shortsighted, who was going to spend the whole trial with his gaunt neck bent over the bench in front of him” (citation from Arendt).

The second time was when the defendant “suddenly and quite heatedly declared  that he had always lived according to the principles of Kantian ethics, and in particular with a Kantian definition of duty”. This declaration by Eichmann scandalized many people, who had the impression that this Nazi was defiling this illustrious philosopher’s thinking. And yet, he was so convinced about what he was saying, and his citation so exact, that some of those present were gripped by a doubt: and if he was right? If what had happened in Germany had been none other than the logical consequence of Kant’s thought? And hence a consequence of the Lutheran Reformation (Kant was the son of a Lutheran pastor)? This thorny query remained in the pages written by Arendt and was forgotten. But it is still there in black and white to haunt us.

Kant expounded his morals in The Critique of Practical Reason (1788). Without going to any great length, suffice it to say that Kant resolves the moral issue by explaining that “you have to because you have to” which isn’t much of an explanation. It means that it is necessary to obey laws simply because they are laws, and authority simply because it is authority. This is morals. It is the result of Lutheran anthropology (man is not free, but is always other-directed) with a dash of English empiricism (man can know naught but matter, and moral and religious laws are unknowable). This was Eichmann’s defense: why am I on trial? Not only did I fail to break laws; all I did was obey laws. In all of Germany you will not find another person like me standing out for his Kantian zeal. Therefore, why am I on trial? If I have obeyed laws, I’ve done nothing bad.

At this point readers will ask: why are you boring us by telling us all these things? What do we care? What do they have to do with our life?

Let me explain. I look around, I speak with the people I meet, I observe what’s happening around me. The sense of fear is still very intense in some people, while it has waned quite a bit in many others. Nonetheless, the atmosphere is unlivable. There are still people being singled out because their face mask doesn’t cover their nose as well, or because they are skeptical about current anti-Covid measures. I hear people invoking the worst possible punishments for those who exercise even a minimum dose of critical thinking (“You don’t deserve the national health system”.), some professionals have been punished for their open dissent with the mainstream mind frame, the manhunt continues to find the plague spreader with his nose peeking out of his mask, and we still have yet to get over the ‘neighborhood law enforcers’. The argument such people always use is the Kantian one, the Eichmannian one: “It’s the law. Full stop.”

What’s good, what’s just, what’s sensible; morals is reduced to what’s legal. So says the law, what more do you need? Whether right or wrong, it’s the law. I don’t agree, but the law. . .

That’s what disconcerted Ms Arendt during the Eichmann trial. Evil isn’t ferocious, its banal. This consideration provided her with inspiration for the successful title of her book. Eichmann, the personification of evil, was a banal person. Boring, dull. “He wasn’t dumb, he just didn’t have any ideas”. He spoke in set phrases, and had read his first book when he was an adult. To be honest at the moment,  I see many persons like that around. They believe they are thinking, that they have an opinion. In fact, however, they merely repeat what they’ve heard on TV or read on one or another social feed.  They think they know what they’re talking about simply because  they listened to the current expert interviewed on the mass media. They don’t admit that the world is complicated because they don’t understand it. They need clearly opposing sides (goodies/badies) like in a fairy tale for children. They believe that no one else has thoughts or makes plans, because they don’t.

They are Eichmanns. So many little Eichmanns. Model citizens who think what they must think, obey, and never step out of line. Otto Adolf Eichmann is the model and the symbol of contemporary man. Who knows how he would react if he knew that.