Somalia, thirty years of war: the failure of a nation

The deposition of dictator Siad Barre in January 1991 should have opened a new era of freedom and development: instead, a war between clans broke out, which still endures today and has encouraged the growth of Islamist terrorist group al-Shabaab. Not to mention the billions of dollars in international aid that have ended up in the pockets of the ‘warlords’. 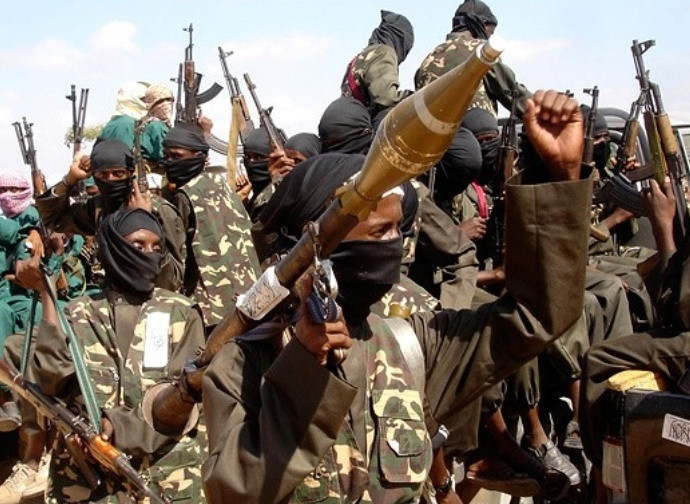 Somalia, thirty years of war: the failure of a nation

Thirty years ago, on 26th January 1991, the dictatorship of Siad Barre, a regime that had lasted 22 years, ended in Somalia and a furious war between clans broke out, a war that has not yet ended. In those early days, almost everyone had hailed the beginning of a new era, convinced that, by finally ousting the tyrant, Somalis would achieve the ideals of freedom and justice that had inspired anti-colonial uprisings throughout Africa, would make use of their human and natural resources, and would leave behind underdevelopment and dependence on foreign powers and international aid. Few understood, and they were silenced like Cassandras, that the clans, kept under control for decades by Barre and now united by a short-lived coalition against him, would start fighting for power, completely unable to share it or even, at least, to split it among themselves.

The Somali clan leaders are among the worst examples of African leadership: irresponsible, unhinged, and greedy; shameless. They have allowed the population to be decimated by unprecedented famine while their militias have fought against civilians to conquer and defend one metre of territory after another; unscrupulous to the point that humanitarian convoys organised by the international community had to pay a toll to enter the territories controlled by the various clans: stopped, threatened, and forced to pay out more money the more serious the emergency, the more urgent it was to reach and save lives.

They’ve been called ‘warlords’ and they certainly lived like lords, at the expense of the international community, guests of the best hotels in neighbouring Kenya’s capital, Nairobi, where international diplomacy managed to get them to gather around endless negotiating tables. In 2004 this led to the formation of a government and a parliament abroad, with posts and positions assigned strictly according to the power of the four major clans. This did not make the contenders lay down their arms, not even when the following year the political institutions were relocated to the Somali capital, Mogadishu, against their will.
On the contrary, almost immediately an anti-government coalition was born, which then in turn fragmented into other units: the ICU, Islamic Courts Union, linked to international Islamic terrorism and strong enough to take over Mogadishu and other important cities; from this in 2006 sprouted the al-Shabaab, the powerful jihadist group linked to al Qaeda, which still controls vast territories and carries out bomb attacks in the heart of the capital.

Somali leaders promised a democratic transition according to a detailed road map - drafting a constitution, taking a census of the population, then going to the polls to elect a parliament and head of state - and in return received astronomical funding and constant military protection. The only real step taken, however, was the constitutional charter adopted in 2012 by the Constituent Assembly - an event hailed by the UN as ‘a historic achievement’ - which was actually hastily drafted on the basis of a UN-supplied template and is still waiting to be finalised by a popular referendum - though no one knows when it will be called.
The national territory is far from pacified and secure and, first and foremost, there is no register of those entitled to vote (to attempt a census of the population is unthinkable). This is why the parliamentary and presidential elections that, after many postponements, should have taken place in 2020 and 2021 respectively are currently postponed until a date to be determined. Parliament and the president continue to be elected by clan and sub-clan leaders.

Funding is still pouring in, despite the failed transition to democracy and the ongoing corruption scandals, and allegations of vanishing international cooperation funds.  A report produced in July 2012 by the Monitoring Group on Somalia and Eritrea on behalf of the UN revealed that “out of every 10 dollars given by the international community to the Somali government for reconstruction and support to the population, seven never reach the coffers of the state”. Nothing is done by Somali institutions, the report said, “without someone uttering the phrase ‘what's in it for me?’”. Two months earlier, a World Bank report said that 68% of international aid to the Somali government had been lost between 2010 and 2011. However, in 2013, for the Somali ‘New Deal’, a conference of donor countries agreed on one of the largest contributions ever made: €1.8 billion, more than a third of which was provided by the EU, and added to the €1.120 billion already given between 2008 and 2013.

The security of Somalia's political institutions and the conduct of economic activities also continue to be ensured by a large deployment of international forces and resources. At the end of 2006, Ethiopia intervened with a military contingent, with the support of the United States. Then, in 2007, AMISOM, the African Union Mission in Somalia, was created, made up of 22,000 ‘green helmets’, soldiers and police agents provided by eight African states, but financed by the EU, which since then have guaranteed control of part of the capital. The worst attack carried out in Mogadishu by al-Shabaab, one of the most deadly in the world, was in October 2017, when a car bomb with hundreds of kilograms of explosives detonated in the city centre killing more than 500 people.
The most recent, on 2 January, was a suicide attack on a Turkish road construction site in Lower Juba, which killed four people and injured more than 10. The withdrawal of 700 US troops in mid-January raises fears of an intensification of jihadist activities. The postponement of elections in turn is creating tensions that could escalate, compromising the country's delicate and fragile political balance.