So many lies about Covid and Africa

The Covid-19 situation in Africa is very different from what we are being told. First of all, the statistics show that the pandemic is not the continent's number one problem. Secondly, the rhetoric about poor countries not receiving vaccines clashes with reality: the doses have arrived, but no health organisation is there to help manage administering them to the enormous population. 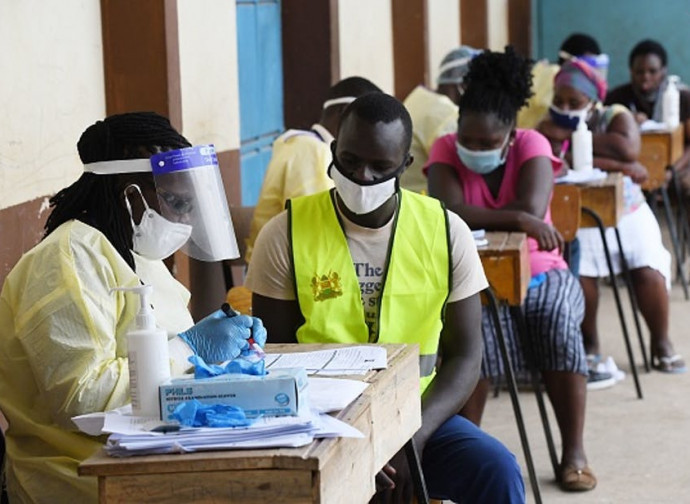 "To date Africa has reported more than four million Covid-19 cases and over 100,000 related deaths. Still many regions of the continent have not received a single dose of vaccine while richer countries are on the verge of vaccinating their entire populations," stated UN Secretary-General Antonio Guterres during a meeting with representatives of African countries on 25 March.

Any initial reaction to the Secretary General's words involves asking many questions. For example, where and from whom does he get his information? How is it possible that a man in his position can appear at an international meeting without having first done his own research? And how does he always allow himself to be so blatantly full of impartiality and hostility towards some member countries of the organization he heads?

Guterres certainly didn’t consult the one source that the whole world uses to track the pandemic's progress: the World Health Organisation (WHO), a UN agency. On 25 March, the WHO reported that there were at least 3,036,768 official cases in Africa and "no more than 4,000,000." It also reported 76,912 deaths (a maximum of 100,000) and that the "richest countries" were on the verge of vaccinating their entire populations, which is far from the truth. "We see many examples of nationalism and hoarding of vaccines in the wealthiest countries," Guterres added, "as well as ongoing parallel agreements with manufacturers that compromise access for all."

But, as any sensible and well-informed person knows, universal access to Covid-19 vaccines, as far as Africa is concerned, is compromised not by the availability of sufficient doses (right now 1.27 billion doses are already destined for the continent, 600 million being provided by COVAX, a programme ensuring vaccines for everyone via donated doses and funds from rich countries). It is compromised rather by the poor possibility of administering vaccines. This is due to the inability of health systems (Liberia has four doctors for every 100. 000 inhabitants, Zimbabwe 19!) and the unviability of entire regions that are at war or under control of armed militias. As Guterres himself admits, by 21 March  a total of 26 African nations had already received more than 15 million doses because of COVAX. However, according to the WHO Regional Office for  Africa, only 736,000 doses had been administered.

African governments may find it politically expedient to accuse rich countries of selfishness, to call for fairness and global solidarity, but they are well aware that this is not the reality. Above all, they know (even if they won't admit it, the facts speak for themselves) that Covid-19 is an emergency but not one that is devastating an entire continent. It should, therefore, be dealt with by taking a realistic account of the means available and assessing whether and where it deserves priority over other health emergencies, despite the apocalyptic forecasts of millions of Covid deaths and unsustainable humanitarian crises.

Many have praised and held up African governments as models for fighting the spread of Covid-19, despite having such inadequate health systems. If they deserve credit, it is for making risky decisions and taking responsibility for them. The first coronavirus wave in Africa was much less severe than in the rest of the world. The second wave, which started in autumn 2020, was more aggressive. However, African governments continued to take much less stringent quarantine and social distancing measures than elsewhere, and even relaxed them at times, without this leading to a noticeable increase in contagion.

In other words, they put into practice what the late Tanzanian President John Magufuli had said at the beginning of the pandemic to justify his decision to adopt only extremely mild containment measures: "We have had a number of viral diseases, including Aids and measles. Our economy must come first. It must not sleep… Life must go on."

Magufuli was right. Last year, for example, the Democratic Republic of Congo had to fight four other epidemics in addition to the coronavirus: measles, cholera, Ebola and malaria.

A total of 70% of people living with HIV-AIDS and 25% with tuberculosis are African. Tuberculosis affected a total of 2.5 million people in 2016 and resulted in 417,000 deaths. In 2019, 94% of cases (230 million) and deaths (over 400,000) of malaria were reported in Africa and its spread seems uncontainable. In 2019, 1.5 million cases were reported in Congo, 1.4 million in Uganda, 10.7 million in Kenya. The most dramatic situation is in Burundi where there are 5.7 million cases, representing more than half of its estimated 10.7 population.

The deaths are numerous and the cost in economic and social terms is truly frightening. One can understand why the Burundian government has declared that it is “not ready” for Covid-19 vaccines and, like Tanzania and other African countries, it has not yet prepared a vaccination plan. Burundi's Minister of Public Health and the Fight against AIDS, Thadee Ndikumana, announced this on 23 March, saying that his government preferred to wait until the real effectiveness of vaccines was known. We are not against vaccines," he explained, "but considering the percentage of people who are cured [with therapeutics], which is 96%, we have decided to wait.” As of 27 March, official figures reveal only 2,657 Covid infections and six deaths, or just 0.5 deaths per million inhabitants. Although these figures might be a little underestimated, they still prove that Minister Ndikumana is right.