Second Amendment threatened as toll of gun violence rises in the U.S.

America has always has had a bittersweet relationship with guns. The Second Amendment protects the right to bear arms, including to defend against external and internal tyrannies. But the mass shootings and police violence in recent weeks are calling into question all certainty. A lucid analysis is needed to understand the reasons. Because it is people who kill, not the guns. 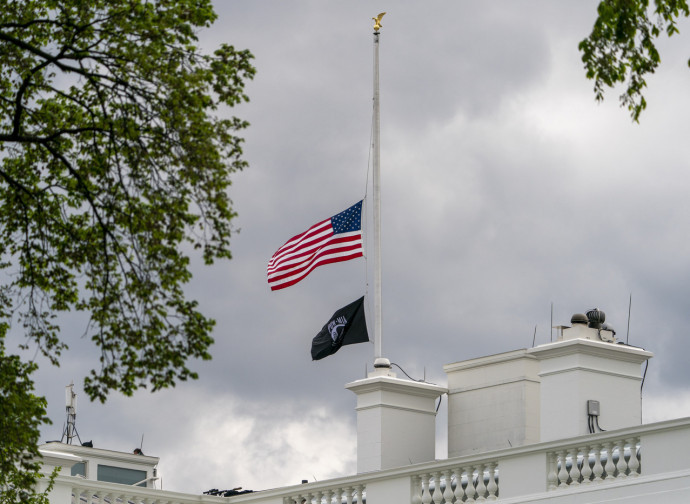 America has always has had a bittersweet relationship with guns. The prevalence of gun ownership in the U.S. is not linked to a passion for hunting nor to living out some Wild West fantasy, but to the U.S. Constitution’s Second Amendment. The Second Amendment was designed to encourage firearm ownership to prepare citizens to fend off a potential state (foreign or domestic) coup of their God-given natural rights and freedoms. With an armed citizenry, malicious political powers would be less incentivized to wage a takeover if “a well-regulated militia” could easily form and fight them.

With gun ownership, great responsibility was expected by the first proponent of private gun ownership, James Madison, and above all to serve as a defense and deterrent against political enemies of freedom. However, the recent wave of mass shootings and police units firing at and killing suspects fleeing arrest has the American nation once again questioning whether their constitutional right still makes sense today.

The last few weeks have been particularly fraught with tragedy. April 15 marked the most recent of a flurry of fatal shootings totaling 36 deaths. It occurred at a Federal Express facility in Indianapolis when a gunman killed 8 persons and then himself.  A week earlier, on April 7, an ex-professional football player, Phillip Adams, shot 6 persons in South Carolina and then turned the gun on himself to end his own misery. Then, on March 31, 4 others were shot in Orange, California, by a man who claimed he knew the victims personally but nevertheless murdered them at point-blank, including a 9-year-old child found wrapped in his mother’s arms. On March 22, in Boulder, Colorado 10 persons, including a police officer, were slain by a gunman at a supermarket and on March 16, in Atlanta, another eight persons (including 6 Asian women) were slain by a 21-year old man at a massage parlor. Lastly, there have been a few very high-profile incidents of police shooting and killing criminal suspects aggressively resisting arrest: on April 13 Daunte Wright, a 20-year-old black male wanted on a warrant for armed robbery, was “accidentally” shot by a female cop in Minneapolis who said she thought she had pulled out wher taser; and then there was Adam Toledo, a 13-year-old Latino boy, who was shot in Chicago by a male officer after he fled and ditched his pistol in a dark alley at 2.30 am.

The seemingly unending string of gun violence is happening right as the “trial of the century” has climaxed, involving hotly disputed homicide charges against Office Derek Chauvin in the famous George Floyd murder case that spawned the Black Lives Matter riots across the globe. Expert witnesses are now claiming that Chauvin did not directly suffocate Floyd with his knee brace because Floyd had admitted to a paramedic who testified that Floyd said he had been taking opioids every 20 minutes because he "was so addicted”, including the pills he had spat out in the police car. The same paramedic testified that Floyd had dangerously elevated blood pressure readings of 216 over 160, linked to heavy drug use. Meanwhile, social unrest over his death is furiously remounting in the wake of contradicting evidence and recent deaths caused by police fire. It couldn’t be worse timing.

Meantime, anti-Second Amendment political leaders are on the prowl to eliminate or greatly restrict gun ownership. President Joe Biden  just signed a series of  “executive actions" to stem what he called an “epidemic and an international embarrassment.” The far-left mayor of Chicago, Lori Lightfoot, in a highly emotionally charged speech, bemoaned Toledo’s death: “[We] failed Adam! We cannot afford to fail one more young person in our city!” Even further to the left, Alexandria Ocasio Cortez, the popular congresswoman with 12.6 million social media followers, has cried for the abolition of police and tweeted her rage: “Ending this isn’t just about consequences for who pulls the trigger. It’s about admitting to and confronting an entire system that exists to protect, defend, and cover-up state violence.” Finally, Colorado Senator Michael Bennet, a self-styled “pragmatist”, demanded immediate and massive reform of gun control following the shootings in his state: “Boulder will heal but this scar will always be there. My daughter's generation will always bear the burden of a national government that did nothing to protect them.”

While the progressive knee-jerk reaction is to eliminate or severely reduce private gun ownership and “rethinking” or “abolishing” America’s police force, pro-Second Amendment advocates don’t follow this emotive logic. They see liberal reasoning as treating the problem’s symptoms but not the “illness.”

In a recently published Heritage Foundation legal study, “Mental Illness, Firearms, and Violence, legal scholars say that while mental illness accounts for only a fraction (3-5%) of all criminal and accidental violence in the U.S., the case is different with mass shootings, where the vast majority are shooters and have untreated and undiagnosed psychological or psychiatric pathologies. Hence, their argument is not to throw the baby out with the bathwater, but instead to identify and then properly treat the true source of tragedy with more accessible and vigilant mental healthcare, and even a searchable national registry for those who are diagnosed with any form of mental illness. As conservative political pundit Anne Coulter famously said, “Guns don’t kill people, the mentally ill do” and we need to know who they are.  In her summary of the Heritage study, co-author Amy Swearer writes:

“While acts of mass public violence are extraordinary and rare occurrences, they are often high-profile events that deeply affect the national view of violent crime trends. Mass public shootings in particular stoke national conversations on gun violence and gun control, for understandable reasons. [However] the majority of all mass public killers..likely suffered from a serious mental illness prior to their attacks, and often displayed clear signs of delusional thinking, paranoia, or irrational feelings of oppression associated with conditions such as schizophrenia and bipolar-related psychosis.”

The Heritage study makes no direct reference to police officers suffering any mental psychosis or derangement (only the mental illness of “mass killers”). Nonetheless, it is a well-known fact that police accumulate unimaginable stress on their daily patrols and even have “carry-over traumas” that come to fruition in PTSD manifestations, as is often the case with police who were soldiers and fought covert enemies on the battlefield. This is not to exonerate the police, but neither should it justify disarming them altogether or radically altering how law enforcement handles resistance to arrest and death threats. Still, police can be evaluated for mental health, like any humans with frailties, on a regular basis and receive additional training in de-escalation techniques, something for which the previous Trump administration advocated and even signed executive orders after the Floyd tragedy.

Lastly, what the Heritage study does not fully address is related to a noteworthy change in generational values concerning authority. Contrary to mass shootings rooted in dangerously involuntary psychotic episodes, most suspects who violently resist arrest are millennials who have no fear of fighting officers and threaten or kill police with their own weapons. This happens even when police have every legal right to request and obtain their detention, often fully justified with warrants or having seen them brandishing weapons or threatening others. This is was indeed so with Toledo and Wright who tragically lost their lives in struggles with police. Some legal analysts extend the same rationale to George Floyd. The posture had he immediately complied and remained seated in the police vehicle, his fate and that of his nation may have been completely different.