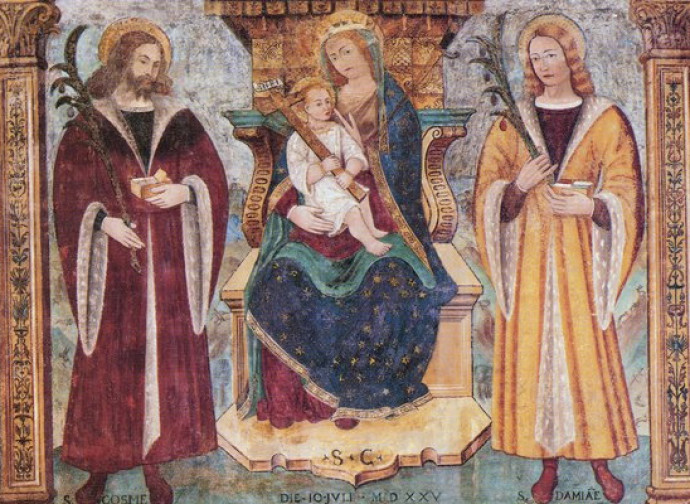 They treated the sick without asking for compensation so were nicknamed Anargyroi, a Greek word meaning “penniess”. The sources passed down state they were brothers, some say twins. Members of a rich family of Arab origin, they received a Christian education and completed their medical studies in Syria.

Saints Cosmas and Damian († 303) truly were doctors by vocation. They did what every doctor should do, save human lives (an elementary truth, denied by moral relativism, which legitimates abortion and euthanasia), but also, as true believers, they knew that the first charity is to make known the heavenly Doctor: Jesus Christ. Thus, they included the proclamation of the Gospel in their profession, leading to the conversion of many sick people to Christianity.

Sometimes they healed with miracles. But their fame as thaumaturges and benefactors did not spare them from persecution, which had resumed under Diocletian. The governor of Cilicia, Lysias, tried to convince them to pay homage to the Roman gods, warning them that he would not tolerate a rebellion against the laws. “No law can force us to bow down to your clay gods. We worship the living God and bow down to Jesus Christ the Saviour,” replied Cosmas and Damian. Enraged, Lysias had them subjected to such torture that according to some documents they were martyred five times. Their cult is very ancient, as confirmed by the fact that Bishop Theodore of Cyrus (c. 393-458) already spoke of the division of the relics between the churches that were soon dedicated to the two saints.