Saint William of Vercelli (1085-1142) is known for the various monasteries he founded in southern Italy, the most famous of which is that of Montevergine. 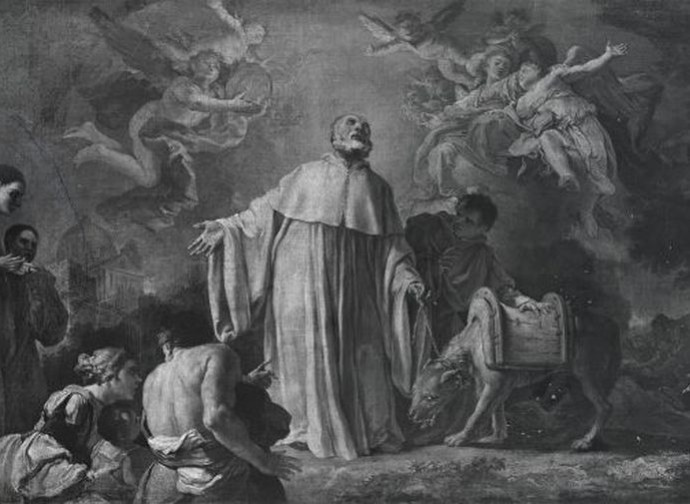 Saint William of Vercelli (1085-1142) is known for the various monasteries he founded in southern Italy, the most famous of which is that of Montevergine. Born into a noble family, he became a pilgrim as a teenager, eager to visit the main places of Christianity. Among his first destinations was Santiago of Compostela and on this occasion he asked a blacksmith to make him a tool to lacerate his flesh as a sign of penance.

On his return from Spain, he travelled to Southern Italy with the intention of embarking for the Holy Land. To prepare himself spiritually, he took refuge for some time on a mountain in Lucania, where he healed a blind man. He then resumed his journey and arrived in Puglia, where he met St. John of Matera (c. 1070-1139), who advised him to renounce the pilgrimage: “It is not there that God wants you”. William initially did not heed the suggestion, but as he continued his journey he was induced to change his mind. He was beaten up by some bandits, which he interpreted as a divine sign. He thought back over John's words and after praying intensely decided to stay in the South. He settled in Irpinia (a region of which he was proclaimed patron saint by Pius XII), in the Partenio Mountains, at an altitude of over 1,200 metres. Here he was helped in the construction of a small cell, living for a whole year in absolute solitude, dedicated to contemplating God.

His reputation for holiness attracted several men who were determined to follow his example, with whom he built a church dedicated to the Virgin Mary and then an abbey, called of Montevergine. It was here that the Virginian Congregation (a branch of the Benedictine Order) took its first steps, which in 1879 joined the Cassinese Congregation. Since some monks could not stand the austere lifestyle established by the saint, he decided to leave Mount Partenio and founded other monasteries in Campania and Puglia, including the Abbey of Goleto, where he died.

Saint William is often depicted in the company of a wolf. Tradition reports that the saint was helped in his travels by a donkey, which one day was savaged by a wolf. William ordered the wolf to perform all the tasks carried out until then by his precious helper, transforming the beast into a docile pack animal.