Saint Valentine, when love is tinged with martyrdom

February 14 is universally known as Valentine’s Day, a celebration day for lovers. At the origin of an anniversary that is now mainly commercial lies the extraordinary story of a saint who was martyred for blessing the marriage of a Roman legionnaire who had converted to marry a young Christian. 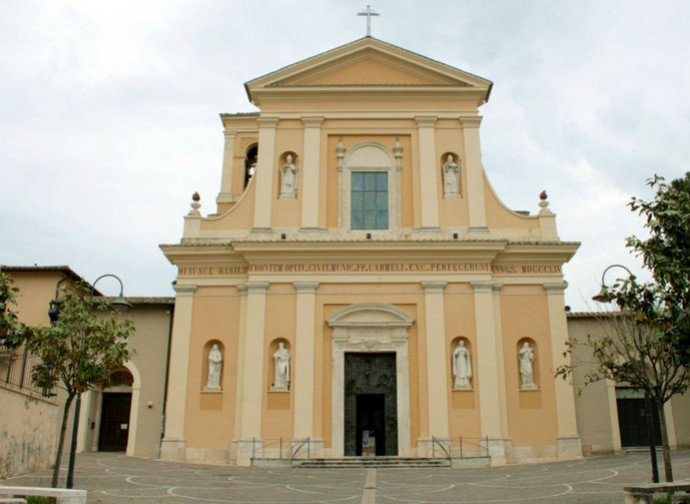 In the year 273, one late morning in February, a young, seriously ill, Christian woman named Serapia, was married to the Roman centurion Sabino, a pagan who had asked to be baptised for love of his bride. It was a union celebrated in great haste, at the wish of the bride and groom, because they feared that the young woman would not have long to live.

They had just been blessed as husband and wife when the young woman collapsed and died. The shock and suffering that her death produced in her husband was so great that he too died there, at the foot of the altar. We can say that Sabino died of broken heart syndrome, a very rare condition, but one that exists, by the admission of forensic scientists who have had the opportunity to observe it.

The celebrant was arrested two days later: we are in the third century, the emperor is Aurelian, who is ruthlessly hunting Christians. In his eyes, uniting a Roman legionnaire with a Christian woman was a crime that should be severely punished.

He sends his right-hand man, Furius Placidus, to arrest the celebrant, who is none other than Valentine of Terni (a city then called Interamna Nahars), a Christian bishop (according to another tradition, the joint death of Sabino and Serapia was the result of a miracle by Valentine himself, ed). Valentine is 97 years old. But neither his age nor the importance of his office saved him. He was tortured because he refused to renounce his religion, and then beheaded in the middle of the night on the Via Flaminia, a few days after his arrest, according to Roman law.

His disciples Proculus, Ephebus and Apollonius removed the body and gave him a fitting burial. But the emperor heard about this and they too were tortured and then beheaded.

Despite these deaths, Valentine is considered the patron saint of lovers. Perhaps it is because of the story of Serapia and Sabino or perhaps simply because it was decided two centuries later (in 496 to be precise) by Pope Gelasius I in his efforts to Christianise the pagan Roman festivals (we saw in last week's article the replacement of the Lupercalia by the Candlemas festival at the behest of this same pontiff). And it is also he who dedicates 14 February to Saint Valentine, bishop of Terni.

The oldest documentary source on this saint comes to us from that very period, the end of the 5th and the beginning of the 6th century, from the Martyrologium Hieronymianum, which specifies the anniversary of his death. Two centuries later, another document, Passio Sancti Valentini, recounts the details of the death of Valentine (176-273).

The feast of St Valentine later spread to France and England thanks to the Benedictines, through their numerous monasteries (today it is preserved by the Carmelite fathers). The Basilica of St Valentine in Terni has been entrusted to them since the 7th century. Actually, the construction of the Basilica dates back to the 4th century, but in the 6th century the Goths destroyed it and it was rebuilt in the 7th century, between 625 and 648.
The crypt with the arcosolium altar, i.e. under a niche covered by an arch and above the tomb of the martyr, probably dates back to the period of the first or second construction.

In 742, the historic meeting between Pope Zachariah (679-752), who travelled to Terni from Rome, and the Lombard king Liutprand (690-744) took place here. The king chose the Basilica of St Valentine because the remains of the glorious martyr, to which he attributed thaumaturgical value, were venerated there.
With that meeting, the king donated a number of Italian cities, including Sutri, to the pontiff, which gave rise to the Papal State. The meeting is mentioned in the Liber Pontificalis, which speaks of a ‘basilica beati Valentini episcopi et martyris’. In the same text, the biography of Pope Nicholas I (858-867) mentions a ‘monasterium Sanctii Valentini’ near Terni. Under the pontificate of Paul V (born Camillo Borghese, 1552-1621) the search for the saint's relics began. For some time the search for the first martyrs of the Church had also begun in Rome. There were two reasons for this: to authenticate their existence and to increase their veneration.
The body of St Valentine was found in a lead case contained within an urn which externally appeared crude, even coarse, but inside was adorned with beautiful reliefs. The head was separated from the torso, confirming death by decapitation.
The remains were taken to the Cathedral but the faithful wanted the body of their martyr to rest in a place dedicated to him. Even the Congregation of Rites was not in favour of the relics remaining in the cathedral, as they had to be venerated where they had been buried. So it was decided to rebuild a new basilica.

In 1630 the relics were placed in an artistic ark consisting of a supine statue and the relics of the Saint, which included of part of the skull, the jaw with a few teeth, other teeth, and the ashes. The statue could be admired until a few years ago under the high altar rebuilt by Archduke Leopold in the 1970s. In 2003, the tomb of St Valentine was moved to the new altar, and in the same year, part of the skull that had been stolen from the tomb in 1979 was returned to Terni. Forensic scientists reconstructed the saint's face in the laboratory using the remains of the skull (see photo).
Valentine was certainly a fascinating character, a ‘grand old man’, a man who understood human passions and the beauty of love. He is credited with the reconciliation of estranged lovers, peace being a great act of love. Despite the commercial vulgarisation of the festival, it is good that this saint is commemorated every 14 February.

He is actually a little-known saint, except in his own region, Umbria. It is worth planning a visit to the Basilica of St Valentine in Terni and with the occasion visiting Umbria, an extraordinary region for its beauty and riches of all kinds: architecture, sightseeing, spiritual, wine and food.

For this reason I thought that a recipe from Umbria (and more precisely from Terni) would rekindle the memory of St Valentine in our hearts on 14 February.