The main patron saint of Poland was dear to John Paul II, who as a new pontiff wanted to return to his homeland in April 1979, the ninth centenary of the martyrdom of St Stanislaus (1030-1079). But then the communist regime blocked Wojtyla, forcing him to postpone his apostolic pilgrimage to June. 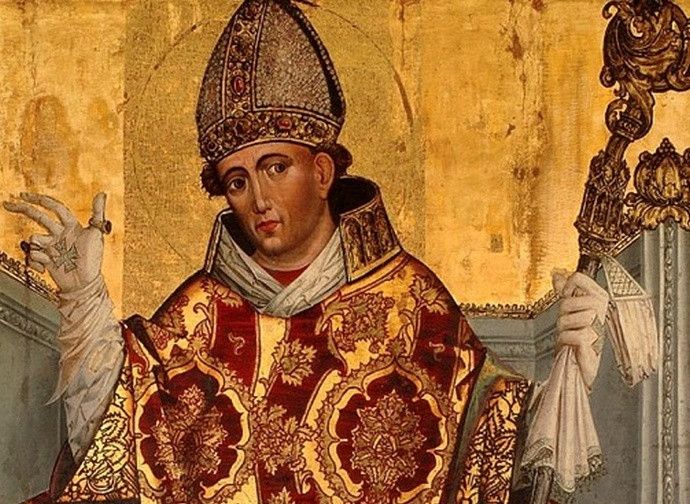 The main patron saint of Poland was dear to John Paul II, who as a new pontiff wanted to return to his homeland in April 1979, the ninth centenary of the martyrdom of St Stanislaus (1030-1079). But then the communist regime blocked Wojtyla, forcing him to postpone his apostolic pilgrimage to June. On that occasion, the Polish pope drew an analogy between the baptism of the first ruler of Poland, which took place in 966 and was a milestone in the Christianisation of the country (the event is in fact remembered as the “Baptism of Poland”), and what he called Confirmation, i.e. Stanislaus’ martyrdom in the following century. John Paul II called the saint celebrated today “patron of the Christian moral order. Ultimately, in fact, the moral order is constituted through men. This order is therefore composed of a great number of tests, each of which is a test of faith and character” (homily of 10 June 1979).

Stanislaus was educated at the cathedral school in Gniezno, the oldest archdiocese in Poland. He continued his education abroad. On his return to his homeland he was ordained a priest by the Bishop of Krakow, Lambert Suła. Orphaned, he donated his property to the poor and distinguished himself in preaching. He knew the Holy Scriptures very well, wore a cilice and prayed assiduously. Therefore, when Lambert died, it was natural for him to be chosen as his successor, but Stanislaus accepted the high ministry only after the command of Pope Alexander II, becoming Bishop of Krakow in 1072. At first he was able to collaborate with Boleslaw II the Bold, first duke and then king of Poland, urging him to encourage the spread of Benedictine monasteries. But when the sovereign began to cause a scandal with his dissolute life, staining himself several times with marital infidelity, Stanislaus did not hesitate to call him to conversion, both in private and in public.

Unwilling to change his ways, the obstinate Boleslaw sought his “revenge”. The bishop had bought a piece of land for the diocese from a certain Peter, but after the latter's death, the ruler began to bribe his heirs, inducing them to accuse Stanislaus of usurping their property. Tradition has it that the bishop, not finding any courageous witnesses, asked the judges for a three-day reprieve, promising that Peter himself would testify for him. Both the court and the king laughed at this request, but agreed. Stanislaus spent those three days fasting and praying. Finally, he went in procession to the cemetery, opened the tomb, touched the body of the deceased, who had been buried three years before, with his crosier and ordered him to rise in the name of God. Peter rose from the dead in front of those present, was clothed in a cloak, and brought before the king and the judges, who were astonished. He testified on the bishop's behalf and finally returned to his tomb, begging the saint to pray to the Lord to shorten his suffering in purgatory.

Boleslaw continued his immoral conduct until Stanislaus was forced to excommunicate him. The bishop ordered the canons of the cathedral to suspend the Divine Office if the king showed up. One day, on 11 April according to sources, the enraged Boleslaw went with his guards to the church of St Michael the Archangel, where Stanislaus was celebrating Mass. The king killed the bishop with a sword and ordered his body to be desecrated. This final outrage was prevented by Providence and the faithful were able to recover the holy relics.

The fact aroused such indignation among the people that it led to the dethronement of Boleslaw, who was forced into exile. He found refuge with Ladislaus I of Hungary, the future saint. According to a later tradition, Boleslaw went on a pilgrimage to Pope Gregory VII to beg forgiveness and died repentant at Ossiach Abbey (in southern Austria). Here there is a tomb with an epitaph commemorating the king as the slayer of St Stanislaus. That tomb was opened in 1960: male bones and the armour of a Polish knight from the 11th century were identified.