She was the first Colombian to be canonised. And one could say that St Laura Montoya or Laura of Saint Catherine of Siena (1874-1949), the latter her religious name, had a particular call to holiness from the start. 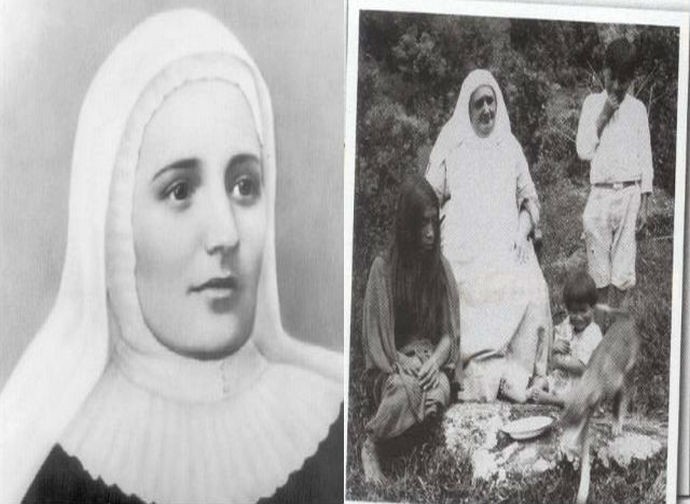 She was the first Colombian to be canonised. And one could say that St Laura Montoya or Laura of Saint Catherine of Siena (1874-1949), the latter her religious name, had a particular call to holiness from the start. Four hours after her birth, at the wish of her mother who did not want to see her before she was baptised, she received Baptism with the name of Mary Laura of Jesus, imposed on her by the priest because her parents had not yet agreed on a name. At just two years of age she lost her father, Juan de la Cruz Montoya, killed during the civil war that broke out because of the strongly anti-Catholic spirit of the Liberal Party in government. Her mother Dolores transmitted Christian piety to her and taught her to pray for her father's murderer.

Overcoming the various difficulties that had marked her childhood, Laura managed to become a primary school teacher. She worked to give children and young people a Catholic education, despite opposition from various local authorities. Fortified by contemplative prayer and penance, she had matured the will to enter the cloister of Carmel, but then with the help of her spiritual fathers she understood that God was calling her to another mission: the evangelization of indigenous peoples.

In 1914 she left with some companions to carry out catechetical work with the Cuna Indians. Two years later Archbishop Crespo Rivera established the community in the Congregation of Missionary Sisters of Immaculate Mary and of Saint Catherine of Siena, today also known as “Laurites” and present in various countries. “I needed intrepid, valiant women, inflamed with the love of God, who could assimilate their life to that of the poor inhabitants of the forest, to lead them towards God”, wrote the saint, who continued her evangelising work even during the last nine years of her life, spent in a wheelchair.

The main features of her spirituality are well expressed in the few lines she wrote after an intense Eucharistic prayer in 1930 at St Peter's Basilica: “I felt a great desire to have three long lives: one to dedicate to adoration, the other to spend in humiliations and the third for the missions”. On her habit the “M” of Mary and the inscription Sitio (“I am thirsty”) stand out, in memory of the words pronounced by Jesus on the cross, to signify the divine will to save mankind. That same will animated her to convert those who did not yet know Christ: “How thirsty I am! My thirst is to satisfy yours, Lord. By communicating with one another we have united two longings: you for the glory of your Father and I for your Eucharistic heart!”.