Among the holy bishops of Milan, Saint Galdino (c. 1096-1176) occupies a prominent place next to two giants, Saint Ambrose and Saint Charles Borromeo. Born into a family of minor nobles, Galdino was archdeacon of the cathedral at the time of Archbishop Oberto da Pirovano. 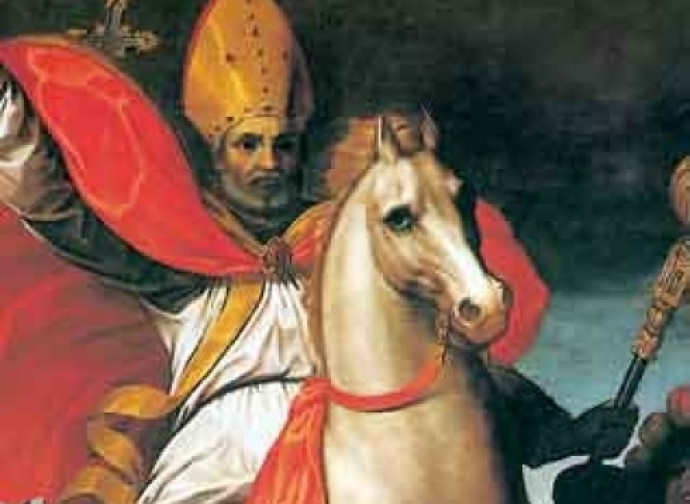 Among the holy bishops of Milan, Saint Galdino (c. 1096-1176) occupies a prominent place next to two giants, Saint Ambrose and Saint Charles Borromeo. Born into a family of minor nobles, Galdino was archdeacon of the cathedral at the time of Archbishop Oberto da Pirovano († 1166). The two of them decidedly supported Pope Alexander III, who had been elected by the great majority of the cardinals in 1159. The aims of Frederick Barbarossa on Italy, together with his claims on the Church, had favoured in the same year the tearing away of a minority of cardinals (six), who elected the pro-Imperial antipope Victor IV, causing a schism that continued with the antipopes Paschal III and Callistus III.

Because of his public stance, Galdino was imprisoned by the emperor for six months. In 1162 he witnessed the destruction of Milan by the imperial troops. He then met the Pontiff in Genoa, followed him in various trips and around 1165 he was created cardinal. The following year, on the death of Oberto, Alexander III appointed Galdino as the new archbishop of Milan and then gave him the task of apostolic legate in Lombardy.

As soon as the saint was able to take possession of his own episcopal see, he began pervasive work. He deposed all the ecclesiastics appointed by the anti-pope, took care of the alliances between the Communes that were forming the Lombard League (which in 1176 defeated Barbarossa in the decisive battle of Legnano), and worked for the material and spiritual reconstruction of the city. He had particular charity towards the poor, remembered since then with the name of “pane di san Galdino” [Saint Galdino's bread] for its habit of feeding the needy and the prisoners. Manzoni was probably inspired by him for the monk of the same name, the questing friar of The Betrothed.

The saint also spent much time defending Christian doctrine, at the time undermined by Cathar heresy. And he died after finishing a speech from the pulpit of the Basilica of Saint Thecla in support of the true faith, as reported by the monk Ilarione, his biographer: “He went up to the pulpit and gave a wonderful speech against the Cathars and their followers. When he had finished speaking, in the presence of a throng of clergy and churchgoers, he gave up his spirit to the Lord”.