“God loves you, when will I see you?”, said St. Gaetano Errico (1791-1860), founder of the Missionaries of the Sacred Hearts of Jesus and Mary, to the people he met in the streets of Secondigliano (Naples). 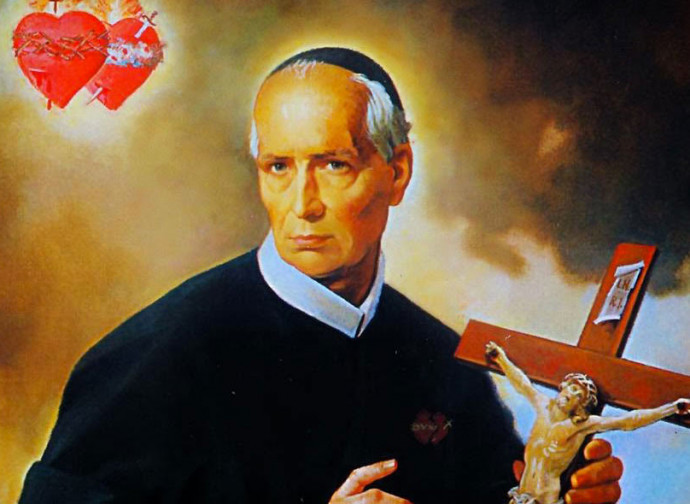 “God loves you, when will I see you?”, said St. Gaetano Errico (1791-1860), founder of the Missionaries of the Sacred Hearts of Jesus and Mary, to the people he met in the streets of Secondigliano (Naples). He was in fact aware that the confessional is the privileged place to heal the wounds of the soul and to be reconciled with God. He spent hours and hours there, so much so that in his homily for beatification, John Paul II defined him as “a true martyr of the confessional”. His great care for the sacrament of Confession was combined with his attention for the poor, the sick, the prisoners, for whom he made all kinds of sacrifices and instilled in them the awareness of being loved in a unique way by the Father. On Thursdays he would visit the Hospital of the Incurables in Naples and on Sundays he would walk around with the crucifix in search of children to whom to teach the catechism.

He grew up in a poor and large family. His father was a pasta maker and his mother a weaver. The signs of his holiness were already evident in his youth. Every day he walked miles to the seminary and the people who saw him used to say: “Saint Gaetano is walking by”. In 1818, while he was gathered in prayer, Saint Alphonsus Maria de' Liguori appeared to him and announced that he would become the founder of a Congregation and told him that God wanted the construction of a church in Secondigliano to be dedicated to Our Lady of Sorrows. After overcoming some resistance, the saint succeeded in having the church built. At the end of the work he commissioned the Neapolitan sculptor Francesco Verzella to create a wooden statue of Our Lady of Sorrows with three angels; only after the seventeenth attempt of the artist to sculpt the face of Our Lady, Gaetano exclaimed satisfied and blushing slightly: “She was so!”.

Visions were only a part of his life. He fortified himself in penance, fasting on bread and water on Wednesday and a simple soup between Friday and Saturday. He mortified himself with various disciplines: “Now you make me feel the pain that I didn't feel when I carried you in my womb and gave birth to you”, his mother told him one day, washing his bloodstained clothes. He nourished his soul by kneeling for a long time before the Blessed Sacrament. It was at one of those times that the Lord showed him that the Congregation announced to him years earlier “must be instituted in honour of the Sacred Hearts of Jesus and Mary”. He founded it in 1833. From then on he directed his apostolate to spreading devotion to the Sacred Hearts in that crucial phase that would lead to the unification of Italy and the accelerated secularisation that followed.

Today his missionaries are also present abroad and to each of them Saint Gaetano ('o Superiore – as the inhabitants of Secondigliano called him) left this testament: “Love one another and be very observant of the Rules”.