Saint Cajetan of Thiene, founder of the Theatines, is among the most luminous figures of the Catholic Reformation. 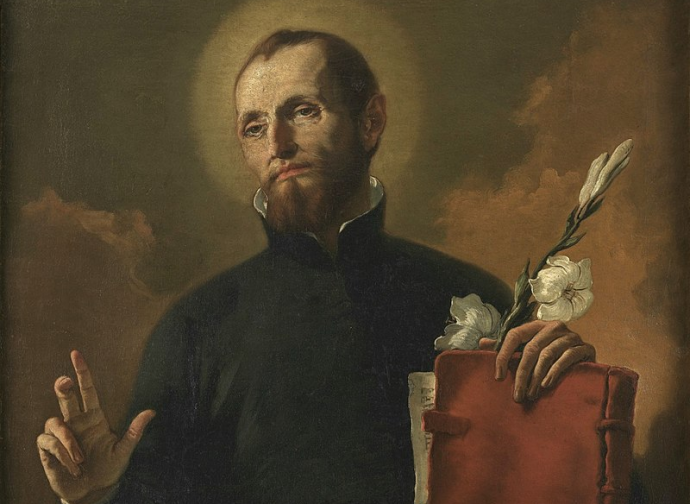 Saint Cajetan of Thiene (1480-1547), founder of the Theatines, is among the most luminous figures of the Catholic Reformation. He is called “the saint of Providence” because of the immense trust he had in the good Lord, from whom he drew the strength for many works of charity in favour of the sick and the needy.

He was born in Vicenza into the noble Thiene family, and lost his father at an early age. When he was just under 24 years old he graduated in canon and civil law in Padua. Some time later he moved to Rome, where he earned the esteem of Julius II, working as writer of pontifical letters and protonotary apostolic. In that period he took an active part in the apostolate of the Oratory of Divine Love, which was based on prayer and service to the least of society. His spiritual maturation led him to become a priest, a ministry for which he did not feel worthy: he was ordained on 30 September 1516, shortly before turning 36. To celebrate his first Mass he waited for the Epiphany.

The situation of moral decay of Rome, both among the clergy and the people, caused him to suffer: “... I recommend to you this city, once “holy”, now Babylon, where so many venerable relics rest”, he wrote in July 1517 to Sister Laura Mignani, Augustinian in Brescia and his spiritual mother. At Christmas of the same year, as he revealed in another letter to Sister Laura, he had an extraordinary mystical experience: Our Lady gave him the Child Jesus to hold. He had a most tender devotion for the Virgin. “By Her, I was loved, raised and clothed”, he wrote. He prayed to the heavenly Mother to make him overcome pride, coldness, laziness and attachment to earthly affections. And Mary helped him. In Vicenza he promoted the construction of the new Hospital of Mercy (which admitted the syphilis patients who were abandoned in the streets) and in Venice that of the Incurables.

Unlike Luther, who in those years was building his system of heresies, the saint was animated by a sincere desire to contribute to the reform of the Church according to the early apostolic spirit. To this end he founded with three other companions a fraternity of priests to whom Clement VII, with the brief Exponi nobis (24 June 1524), granted to take the three vows of poverty, obedience and chastity and to lead a common life. Although initially it was not their intention to found a new order, the way was laid out. They accepted the grace. The solemn profession took place on 14 September of the same year at St. Peter's: thus the Congregation of Clerics Regular (Theatines) was born, so called from Teate (or Theate), the ancient name of Chieti, a diocese in which one of the founders, Gian Pietro Carafa, the future Paul IV, had been bishop. During the Sack of Rome in 1527, Cajetan and his confreres were tortured by the Lansquenets and imprisoned. After they managed to escape, the Theatines took shelter in Venice.

In 1533 Cajetan went to Naples. He remained there until his death, apart from a parenthesis of about three years in the Venetian Lagoon. The priest from Vicenza established a wonderful relationship with the Neapolitans, who worshipped him as their co-patron. To those who tried to convince him to return to the Veneto, citing the motivation of the greater possibility of receiving rich offerings, he replied: “So be it, but the God of Venice is also the God of Naples”. God did not withhold His help. In the Neapolitan city he founded hospices, supported the Hospital of the Incurables, and established a Monte di Pietà (pawnshop) to grant loans on pledge and without interest, from which the Bank of Naples was later born. At the same time, he opposed the spread of Protestant ideas and encouraged the faithful to approach the sacraments of Confession and Communion frequently. He reinvigorated devotion to nativity scenes, spreading the use of bagpipe players during the Christmas season. Consumed by labours for Christ and his people, he went to heaven when he was 66 years and ten months old. Gaetano, his name, soon became one of the most popular names among Neapolitans.

The Life of Saint Cajetan