Racism in football, stories of waffle

Uruguayan international footballer Edinson Cavani has been forced to defend himself against a slanderous accusation of racism after thanking a friend with 'gracias negrito', a Spanish term of endearment. What is really behind anti-racist militancy? 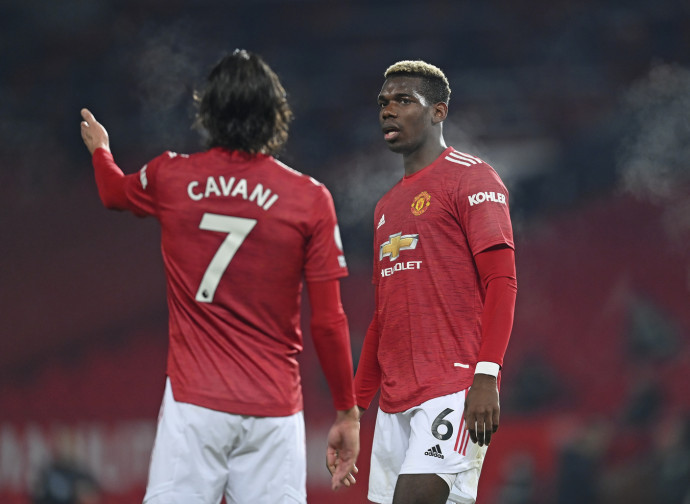 A few weeks ago it was a Romanian lineman’s turn to be branded a ‘racist.’ During a Champions League match, when speaking to the referee, he called the Turkish team's assistant coach 'negru'  (meaning 'black' in his native Romanian, as is the case in many neo-Latin languages) to distinguish him from other lighter-skinned footballers. His clarifications of having no offensive intention fell on deaf ears: a tidal wave of "anti-racism professionals" was unleashed into the sporting world and gave rise to outraged communiqués regarding the horrible offence. The offender was immediately dismissed. Even Turkish President Recep Erdogan got involved, stirring up anger against alleged Western arrogance.

However, the latest scapegoat in the recurring ritual of "get the racist" is poor Edinson Cavani. Cavani is an Uruguayan footballer and one among the most famous in the world. He currently plays for Manchester United and is a sportsman known for his exemplary fairness. What was his unpardonable offence? It was his Instagram response to the praises of a fellow countryman: "Gracias, negrito."

Even if it was clearly and unmistakably meant as a term of endearment, the sky came crashing down on Cavani: the footballer singled out by the usual 'ever indignant' media for using a word that is 'taboo’ in the Anglo-centric politically correct world. Still the case, even if one belongs to a completely different culture and speaks a different language. The English Football Association, nonetheless, promptly disqualified Cavani for three matches.

Now, if at the cup match there were those who claimed that the linesman's intentions were disrespectful, they could at least point to the tension between the Turkish bench and the referee. Yet nothing of the sort can be attributed to the Manchester champion. Even Uruguay's Academy of Spanish - not exactly inexpert in linguistics and culture- intervened in Cavini's defence. In a  released statement, the Academy rightly accused the English Football Association of total ignorance of the Spanish language and Latin American culture: “Words referring to skin colour, weight and other physical characteristics are frequently used among friends and relatives in Latin America, especially in the diminutive. In that context they are expressions of affection and are often used regardless of the person's [physical] appearance." On the other hand, anyone who knows a little about South America knows that these countries are distinctly multi-ethnic societies. They are nations in which people are constantly dealing with individuals of different skin colours. To say that a person is black, white, mulatto, or of Indian-colour is like a native European saying someone is blond, brown or redheaded.

Yet, thus far, it seems that any clarifications have been totally ignored. Cavani's disqualification remains unchanged. Moreover, it is significant that the footballer himself, while obviously contesting his absurd "sentence," has stated that he wants to respect the ruling. He said he has decided not to appeal and has reiterated that he is against "any form" of racism. These gestures are part of a symbolic rite of expiation: whoever is set upon with such notorious accusations must comply, with their head bowed in shame, in order to prevent their reputation from being tainted in the future. When one hears such stories, the impression is that of being caught up in a veritable theatre of the absurd. In the linesman's case, and even more so Cavani's, it is clear that the issue of racism is simply non-existent. No one here is considering anyone else inferior because of their skin colour, ethnicity, culture or religion. Nevertheless, storms of scandal brewed because, as it is alleged, someone got 'offended.' But who? Apparently, anyone with a dark complexion. It is these offended people (God only knows who decided this for them) who cannot be called by anyone with the word that, in Latin languages, expresses - uniquely - the colour black. This would be tantamount to discrimination, although these same people do not, in actual fact, suffer any inequality.

So why does this madness occur? And, in particular, why is there a disturbing concentration of disputes around imaginary 'racism' in the world of sport, and primarily in football, the most popular sport in Western nations? The truth is that in sport we are witnessing one of the most established cases that affirms an ideology. More specifically, it is contemporary radical 'tribalist' relativism, with its unfailing politically correct rhetoric consisting of waffle, censorship and de-legitimisation. It is an ideology that, like all ideologies, that constructs its own alienated reality: a paganising para-religious worldview. It then divides humanity into believers paganise and infidels, devotees and heretics/blasphemers. It constantly creates "exemplary" cases to back its preaching, propaganda, and for disciplining minds into accepting its doctrine. Huge national and international sports organisations now fully adhere to the transnational network of political, socio-economic, media, cultural and academic global institutions. They are intertwined and held firmly together by a fundamental ideological glue that consolidates the power of their ruling elites. Their leadership, particularly in football, have cunningly used a very flimsy pretext, but is one which is skilfully construed by an abetting media, for the purpose of sewing tension among fans in national and international tournaments.

Such tensions, whose conflicts and social frustrations affect marginal classes, are often fed by mutually offensive stereotypes and propagated by "ultra" groups. These stereotypes have been catalogued by FIFA and UEFA executives as expressions of "racism" - even though they reference more or less artificial rivalries that vary from intra-city derbies to "clashes between civilisations." For nearly a decade and on this basis, huge, relentless campaigns of "progress publicity" have been waged. They are sustained by the obligatory celebrity endorsements, often by the most famous football stars who pontificate about the "equal game," the fight against discrimination, and "respect," as if some kind of civil war were underway on football pitches. When we see football for what it really is, on the contrary, we find a classic example of a world in which people from very different cultural backgrounds live together most harmoniously and with mutual respect. Hence, those who are bombarded by such propaganda hardly have clue about what they are talking about.

But what matters most to the ideological elites is to push through the doctrines, creeds, and dogmas to which everyone will be forced to swear allegiance from now on and which will be constantly reinforced by "cases" created in boardrooms. They will provide opportunities for triggering global crowds of believers into regular Orwellian "two minutes of hate" against the latest unfortunate victim. It is in this context that we can understand why extraordinary rituals have become common practice in football: on English Premier League pitches, since last spring, footballers are made to kneel, thus imitating the gesture made famous by the Black Lives Matter movement.
The kneeling has been compulsorily adopted by every team and player as a symbolic gesture of the very essence of their sport but which is actually a sign of extreme left-wing political movement imported from overseas. These gestures can be understood even better when considering  the fact that FIFA, under Gianni Infantino's presidency since 2016, has focused decisively on the support of federations of non-European countries, expanding the world championships to even 48 teams. This also thanks to anti-racist symbolism that never misses an opportunity to nod its approval in order to strengthen its consensus.

But this is not all. Once we accept the principle that sport is full of racists who must be fought tooth and nail, then the original issue of violence in the stands is brushed to the wayside. In this way, the racism doctrine is filled with further content and new articles of faith bundled into the "package" to be accepted in its entirety. The "racism" to be fought becomes not only a "offence" against a skin colour, ethnic groups, or specific culture, but also against "gender" equality, and - could it ever not be included? – the omnipresent  "homophobia" which would amount to (who knows where and who knows how) yet another terrible scourge in the world of sport.

The conclusion is ironclad: if you play football, work in its field, follow it as a fan, then you must necessarily accept the entire narrative of politically correct relativist progressivism. In other words, you must agree, without reservation, to accept a multiculturalist worldview, including feminist and LGBT agendas. Otherwise, you will face marginalisation, exclusion, and public ridicule.