Monetary expansion distorts entrepreneurial competitiveness because it concedes enormous power to companies that have easier access to liquidity. This is why entrepreneurs tend to disappear and why companies in the hands of finance tend to multiply. 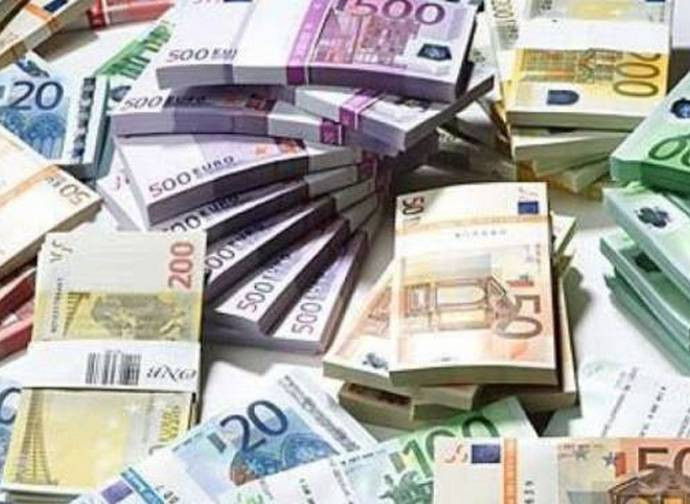 The process of monetary expansion has been happening at a fast pace for over a century. It has accelerated at an incredible rate in recent years. After analyzing its effects on the community, let's look at the impact it has on production sectors.

A significant factor is the disappearance of the entrepreneurial spirit. We are talking about business persons who place their savings at the disposal of their company and, in turn, their company at the disposal of civil society to produce useful goods for humanity. In a context in which the availability of the finance world is two orders of magnitude higher than that of individual investors, no entrepreneur, with his own savings, is able to build companies capable of competing with those that have had facilitated and privileged access to newly available money. As an entrepreneur with one euro saved is able to invest a single euro, a bank with one euro in its vaults is able to lend 100 euros to those who access these funds. In this way, competitiveness is distorted: big companies are get bigger while smaller ones  get smaller and inevitably fail. In terms of overall production, companies owned by individuals tend to disappear while the companies owned by investment funds, banks or by other financial institutions tend to grow and prosper. Entrepreneurs vanish from the commercial landscapes while managers take their place. They are replaced by executive administrators who manage the assets of others. In addition, they have a short-sighted vision. It is a natural consequence of their short-term contracts. They are not focused on the perpetuity of the assets they manage.

At the same time, we see a progressive financialization of the economy. The inflationary process is not instantaneous, but rather progressive since it  more or less involves long periods of adjustment. This is to the advantage of those who first receive newly printed money. On the one hand, we speak of forced savings on those who suffer this process while, on the other, speak about those with immediate access to cash as persons who can get rich beyond their wildest dreams and spend without any limitations at all. Finance becomes a "master of the world” just like governments can, since the latter always enjoy privileged access to sources of money. We are witnessing the increasingly widespread development of crony capitalism where business relations with politicians are seen as indispensable for growth and competitiveness, much more than efficiency and skill are. By the same token, welfare states can make huge promises, like merchants, because they only give to the extent that can take away from someone who is naïve of what is going on.

Finally, though the topic would require further information than is impossible to describe herein, inflation is a direct cause of economic cycles and periodic failures afflicting our society. Whoever has primary access to newly printed money is able to make investments and start businesses that, without such funds, they would not normally be able to launch. It, therefore, generates a temporary euphoria in the market, a sudden increase in wages and billing for related start up activities. But after the inflationary process has been completed, we realize the “uneconomic” nature of these new businesses which suddenly find themselves unable to grow profitably, as crisis and unemployment hit society hard.

So is printing money and inflation always wrong? Basically yes, at least  not as good as they seems for structural benefits.

The speed of finding funds can justify the printing of money only in extraordinary cases where socially indispensable intervention is incompatible with traditional tax collection. We might think, for instance, about what happens with wars or, to be more relevant to today, what happens when pandemics hit societies hard. But, in any event, printing money can solve urgent and time-limited problems, such as the maintenance of a health system that must be quickly strengthened to cope with an emergency. Considering printing money to save an economy, as a whole, to resolve a deeper crisis embracing all of civil society is a serious mistake. This is true both for the side effects that we have listed and because it is unable to resolve the situation. It is only able to postpone the problem to later generations. And this leads to even worse crises in the future.

We conclude with some ethical notes from theologians who have preceded us. When Catholic thought was embodied by theologians and confessors of the Late Scholastic period, it found itself facing "capitalist" social and economic situations (in which saving and investment played a fundamental role for development of economic production), they studied usury without denying its condemnatory nature. They recognized the presence of extrinsic notions which justified the application of interests: lucrum cessans (loss of profit) and damnum emergens (sustained loss). In other words, if lending money required a sacrifice linked to the inability to use that sum for other productive purposes, then the repayment of the loan itself could imply a  "premium", a surplus interest beyond the loaned capital.

Applying these criteria, back in the 1940’s historian, theologian and economist, Bernard Dempsey S.J (1903-1960) defined the society in which he lived as one of "institutional usury". This is to say, the economic system, specifically the banking model set up as a system in which loans and mortgages do not provide for any damnum emergens, were based on money created for ends in which no sacrifices were imposed on lenders. By definition they are, thus, “loan sharks.” Hence Dempey’s economic thought sustained the concept of institutional usury. It was one that deeply permeates our economic system  and which destroys the ability of people to collaborate profitably for the common good.