Pope Francis’ many errors on China in Reuter’s interview

In his interview with Reuters, Pope Francis blesses the agreement with China for the appointment of bishops and exalts Cardinal Casaroli's Ostpolitik in the 1960s and 1970s, taking it as a model. But that diplomatic experience was a failure for the Church and the same is happening with China. 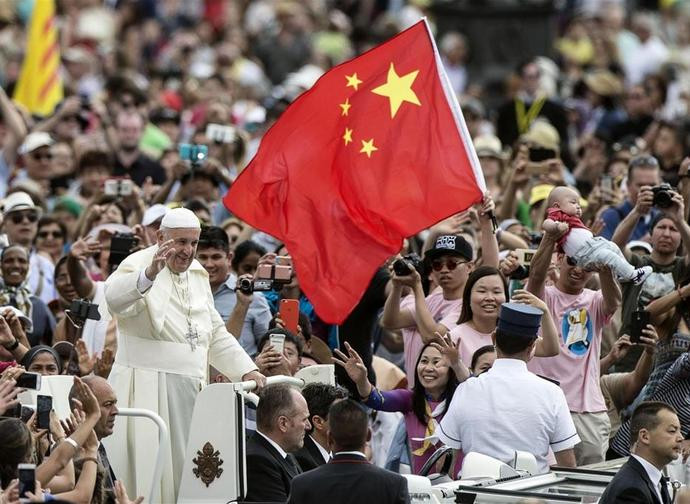 The publication ‘in snippets’ of the interview Pope Francis gave to Reuters, answering questions from correspondent Philip Pullella, goes on. The 5 July 'episode' was about China. Francis expressed his hope that the secret agreement between the Vatican and the Chinese communist government, signed in 2018 and due to expire next October, would be renewed, since so far, according to him, it has gone well (a similar assessment was made by the Chinese Foreign Ministry spokesman Zhao Lijian).

Francis then indulged in a historical assessment of the diplomatic policy of openness towards communist governments that the Holy See has pursued since the 1960s, the so-called Ostpolitik, praising it and appreciating its results. These words express his satisfaction: “Many have said many things against John XXIII, against Paul VI, against Casaroli... but diplomacy is like that. Faced with a locked situation one must seek the possible, not the ideal: diplomacy is the art of the possible and of making the possible real. The Holy See has always had these great men. But Parolin does this with China”.

These statements clash substantially with both the news coming out of China and the assessment of the outcome of Ostpolitik. Regarding the first subject matter we can give a very recent example. As reported in recent days by the news agency AsiaNews, the anniversary of the founding of the Chinese Communist Party was celebrated on 29 June in Leshan Cathedral (in Sichuan). Bishop Lei Shiyin took part in the celebration. In his homily, he invited the faithful to "listen to the word of the Party, feel the grace of the Party, and follow the Party".
The agency reports that Bishop Lei, after being ordained a priest without a papal mandate in 2011, was accused of having a mistress and children and was excommunicated; in 2018, Pope Francis lifted the excommunication. The Daily Compass has repeatedly reported on the great difficulties of Chinese Catholics in the face of the plan to make religions organs of state (see here). What the success of Cardinal Parolin's Ostpolitik in China might consist of is a mystery.

It is even less clear what the success of Casaroli's signature Ostpolitik consisted of. In 1974, Casaroli, the Vatican's Foreign Minister since 1967, had visited Cuba. On that occasion he made the following statements: “Catholics living in Cuba are happy under the socialist regime”; “Catholics, and the Cuban people in general, do not have the slightest difficulty with the socialist government”; “Catholics on the island are respected in their beliefs like all other citizens”; “the Cuban Catholic Church and its spiritual leadership always try not to create problems of any kind for the socialist regime that governs the island”.

On closer inspection, the Vatican's current language referring to the Chinese communist regime is of the same tenor. We don’t know whether there is a clause in the secret agreement requiring the Vatican not to criticise Beijing - which is highly probable - but what we do know for certain is that the Vatican never does. For as long as the secret agreement has been in force, there have been no words of condemnation or even of criticism of China's human rights abusive policies, those human rights about which John Paul II had solemnly declared: "We will stand up for!".
But not only does the Vatican refrain from criticism, it also lavishes praise, just like Casaroli in Cuba. We all remember that Archbishop Sánchez Sorondo, from the Vatican, precisely in 2018, the year of the secret agreement, stated that “those who best realise the social doctrine of the Church are the Chinese”.

When Casaroli uttered those diplomatic falsehoods about the situation of Catholics in Cuba, one might have thought that Cuban communism was compatible with the Catholic religion. The same can be thought today of Chinese communism. Yesterday's and today's Ostpolitik promotes communism, presenting it without blemish.

When in 1971 Cardinal Willebrands went to the Ukraine, then part of the Soviet Union, to meet the Orthodox Primate Pimen, he had to accept his declaration of the nullity of the act by which, in 1595, the Ukrainians had returned from schism to the Catholic Church. Was it worth it? And was it worth not listening to Cardinal Slipyj's reasons for dissent at the 1971 synod of bishops? Or dismissing Cardinal Mindszenty from the archdiocese of Esztergom in 1974, in order to facilitate a rapprochement with the Hungarian communist government? Was it worth accepting not to say a word about communism during the Council without even being able to prevent the Soviet secret services from being permanently based in Rome, even influencing the discussions of the Fathers and concocting the denigrating campaign against Cardinal Wyszynski (as George Weigel recalls in his biographies on John Paul II)?

John Paul II kept Casaroli as Foreign Minister until 1990, but carried out his own, very different, Ostpolitik. For Casaroli, the Soviet system would always last and one had to live with it. For the John Paul II, it was the embodiment of evil and had to be opposed. The collapse of 1989 and 1991 proved the Polish pope right. Also the Chinese communist regime should not be thought to last forever, as the new Vatican Ostpolitik seems to predict.