Pope and Nicaragua: when politics comes before faith

The words pronounced at yesterday’s Angelus by the Pope on the situation in Nicaragua, the first in four years of persecutions, are gravely inadequate and are consistent with the attitude held towards all communist regimes, not only South American. But the real problem is bending the Church's presence and intervention to political logic. 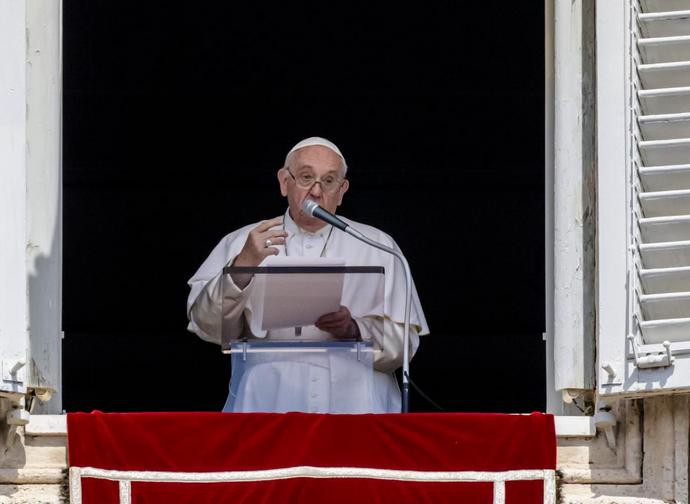 "I am following closely with concern and sorrow the situation in Nicaragua that involves people and institutions. I would like to express my conviction and my hope that, through open and sincere dialogue, the basis for a respectful and peaceful coexistence can still be found”. In the end, Pope Francis' long-awaited words on Nicaragua came at the end of the Angelus on 21 August, but in a way that leaves unanswered the questions raised by the long and embarrassing silence on the terrible persecution suffered by the Church in Nicaragua.

Not only is there no mention whatsoever of the recent dramatic escalation with the "kidnapping", on 19 August, of the Bishop of Matagalpa Monsignor Rolando Álvarez and 8 other priests and civilians who were with him in the diocese offices, by the regime of Daniel Ortega and his wife, Vice-President Rosario Murillo. But not even the context is mentioned, a vicious persecution against the Church that, in this form, has been going on since at least 2018. With a toll that the para-Vatican website Il Sismografo summarised yesterday: after the exile to which the auxiliary bishop of Managua, Silvio Baez, was forced into in 2019 (to which we will return later), "other very serious facts have happened: the expulsion of the Apostolic Nuncio, Msgr Waldemar Stanislaw Sommertag, leaving the Central American country without a papal representative; the closure of Catholic television and radio stations; the expulsion of Mother Teresa of Calcutta's nuns, who took refuge in neighbouring Costa Rica; the imprisonment of priests and catechists without just cause; the arbitrary arrest of hundreds of people, many still in jail, as well as the deaths of dozens and dozens of Nicaraguans during street protests over the past four years; and lastly, for the past two weeks, the crisis involving the Bishop of Matagalpa and Apostolic Administrator of Estelí, Msgr Rolando José Álvarez Lagos, under house arrest in the curia after days of police siege”

.In all this time not a single word from the Pope, while from the Vatican a communiqué expressing 'great surprise and regret' had only been registered on 12 March on the occasion of the expulsion of the apostolic nuncio who, moreover, had distinguished himself for having tried to mediate with Ortega. In the meantime, there have been many public declarations condemning the Sandinista regime and expressing solidarity with Nicaraguan Catholics, from the UN to the Organisation of American States and CELAM (the Latin American bishops).

In the face of all this, to speak - as the Pope did at the Angelus - of a "situation that involves people and institutions" hoping for "an open and sincere dialogue" to rediscover "a respectful and peaceful coexistence" sounds inadequate at the very least. These are generic words that at best can be used in situations of civil war or in any case of conflict between two parties fighting each other; but what do they have to do with a situation of persecution where it is a vicious regime that crushes the freedom and denies the human rights of its citizens? And all the more so when it is primarily Catholics who are persecuted and prevented from living their faith?

The impression is that the intervention at the Angelus was in some way forced by the precipitous nature of the situation (the UN Secretary General himself had intervened on 20 August to condemn the persecution of the Church), but not being able to avoid it, the most innocuous words possible were chosen against the Sandinista regime.

It is inevitable to ask what’s the reason for this attitude which embarrasses the whole Church. And in this regard, one cannot help but notice that the Pope has a marked sympathy for communist regimes, especially in South America, which leads him to justify practically everything and even to go along with them. In the case of Nicaragua, let us recall that in 2019 he was the one who got Monsignor Baez out at Ortega's 'invitation': he promised Baez a place in the Vatican, but instead left him in Miami to look after his emigrant compatriots.
In any case, such sympathy has also been shown for Evo Morales' Bolivia, Maduro's Venezuela and Castro's Cuba (as for the latter it was he himself who recently spoke of it). And outside Latin America, the case of China, which we have already dealt with many times, not to mention the way it deals with the various US administrations, is resounding.

The real problem, however, is not sympathy or harmony with political ideologies of one type or another, but the fact that politics and not faith becomes the criterion for the Holy See's intervention; that taking sides in a worldly dispute is the Church's mode of presence. If the yardstick becomes political expediency, even it were ecclesial expediency, the Church loses its identity and its ability to point the way to salvation, which in any case is the only true task it has. And so the abandonment of so many Catholic communities to their tormentors, the intolerance towards communities and individuals who are not afraid of martyrdom in order to bear witness to their fidelity to Christ and the Church, the disregard for the sacraments (see the recent case of Nancy Pelosi in St Peter's) should not come as a surprise.

Calling for appropriate action on the situation in Nicaragua is more than legitimate, but it is even more important to call for the true mission of the Church, which rises above the potentates of this world.