Poland is right, democracy in Europe is at stake

The clash over national sovereignty between Poland and the European Union raises the fundamental question: Should the process of European integration result in the creation of a supranational entity that is above the individual Member States, or should these states retain their sovereignty and transfer only part of it to Brussels? This is the statement made by the former president of the Czech Republic Václav Klaus on the subject. 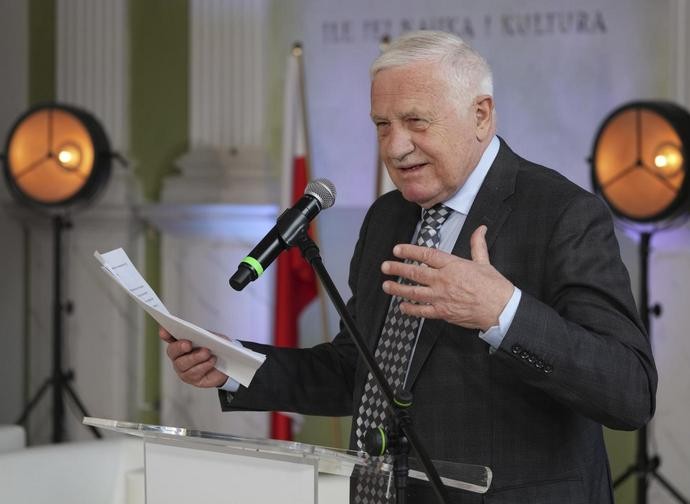 When democracy in Europe, or rather in the European Union, is under threat, it is necessary for European democrats to protest loudly. What is at stake today is not insignificant. In her speech in the European Parliament on October 19, Mrs Leyen declared that the recent ruling by the Polish Constitutional Court challenging the supremacy of EU laws “calls into question the foundations of the European Union”. According to Leyen, it is her “Commission's duty to protect the rights of EU citizens” and therefore “the Commission will act.” That is an unprecedented statement.

In the last weeks, the Polish Constitutional Court raised explicitly a question that all true democrats have been asking for decades: Should the European integration process result in the creation of a supranational entity that is above the individual Member States, or should these states keep their sovereignty and transfer only part of it to Brussels? This has been the main question behind the European integration process since the 1950s. Everyone knows or should know it. And no one must turn a blind eye to it. Not even Mrs Leyen.

Mrs Leyen proclaims that the European Commission must protect the citizens of the Union and plans to act in this respect. We, too, are citizens of an EU Member State, but we do not feel threatened by the decision of the Polish Constitutional Court. No one has to protect us from it. We, on the contrary, feel the need to “protect ourselves” from the weakening of the sovereignty of EU states. Neither are we convinced that the citizens of the Republic of Poland need Commissioner Leyen's protection. The Poles have demonstrated many times in history that they care about the sovereignty of their country.

It is extremely insensitive that Mrs Leyen refers in her speech to the Polish Solidarność 40 years ago, which aimed to end the subordination of Poland to the Soviet Union.  Poland did not break free from the Soviet rule to lose its sovereignty again, this time under seemingly democratic setting. The Polish Constitutional Court was aware of this, and that is what its ruling was about. It is the duty of us the Czechs, in our own interest, to support the Poles in this matter.

* Former president of the Czech Republic