A mini-investigation by the National Catholic Register reveals private meetings in the Vatican of Pfizer's CEO, while the Secretary of State, Cardinal Parolin, singles out the Pfizer vaccine for exclusion from possible conscientious objection. This contradicts the famous Note of the Congregation for the Doctrine of the Faith. 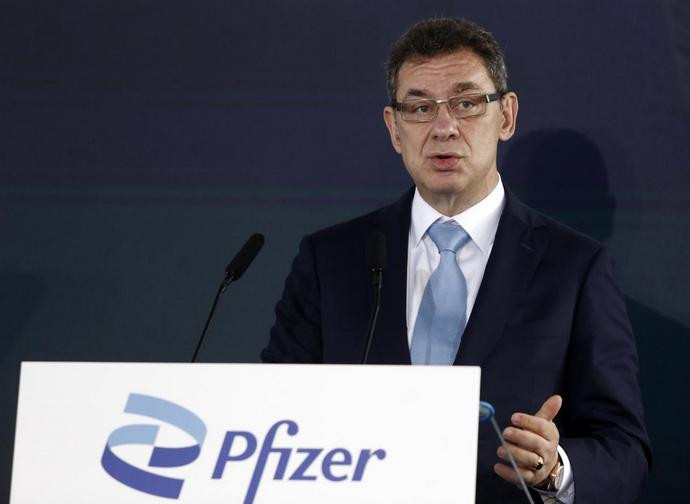 In a few days’ time, on 31 January, it will no longer be possible to enter the Vatican City State unless one has been vaccinated with all three doses (the only exception being for recently recovered patients). The Vatican State thus confirms itself as one of the most rigid in applying the Green Pass law and, above all, of mandating the vaccine. And this despite the fact that the Note of the Congregation for the Doctrine of the Faith (CDF) of December 2020 - approved by Pope Francis - assumes that there are moral problems linked to the adoption of these vaccines and affirms that, in any case, vaccines cannot be compulsory. So how can this blatant contradiction be explained?

In this regard, there are two news stories published in recent days by the American newspaper National Catholic Register (NCR) that have unfortunately been silently overlooked, but which are important in order to understand what is happening across the Tiber: first a disconcerting statement by the Secretary of State Cardinal Pietro Parolin, who denies the ethical problems of the Pfizer vaccine alone, then the equally disconcerting news that last year Pope Francis received in private audience the CEO of Pfizer, Albert Bourla.

Let's start with Parolin: responding in writing on 9 January to journalist Edward Pentin's question as to whether conscientious objection to the vaccine was possible in the Vatican on the grounds of the use of cell lines from aborted foetuses, the Secretary of State ruled it out. The reason is surprising: the Pfizer vaccine, the only one inoculated in the Vatican, does not use the contested cell lines in the composition or production phase, but "only in the preliminary phases of laboratory testing". Therefore the conscientious objection "seems not to be justified".
Parolin points out that this does not apply to other vaccines, such as Astra Zeneca and Johnson & Johnson, which do use these cell lines for vaccine production. From this we should deduce that conscientious objection would be justified for these other vaccines.

This would be an interesting innovation if it were confirmed and clarified, but the truly striking thing here is the distinction introduced by Cardinal Parolin between research and development of the vaccine on the one hand and the testing phase on the other, in order to decide on the moral legitimacy or otherwise of a vaccine. In reality, no magisterial document makes this kind of distinction, and with good reason, since laboratory tests are part of the vaccine production protocol. As Luisella Scrosati cogently explains in her book Idolatria dei vaccini [The idolatry of vaccines], "the ethical problem is not reducible to the presence of cell lines "within" the vaccine serum, but depends on the fact that to make that particular vaccine it was necessary to use these cell lines, which owe their existence to foetal tissues obtained through the killing of innocents".

Moreover, Cardinal Parolin's statement contradicts the CDF’s Note on this very crucial point. The latter in fact takes conscientious objection to these vaccines for granted, only warning those who object to them that "they must make every effort to avoid, by other prophylactic means and suitable behaviour, becoming vehicles for the transmission of the infectious agent". It is truly astonishing that the Vatican Secretary of State should go in the opposite direction to the Magisterium itself on this matter.

Cardinal Parolin also explained to Edward Pentin that he based the statements in the letter on information given to him by "people competent in these matters". And so one wonders which experts are working in the Vatican and whether they have any conflict of interest: no one can escape the fact that the Vatican's decision to be one of the very first countries to mandate vaccination, letting the whole world know that it would only use Pfizer, has turned out to be a huge advertising spot for the pharmaceutical company, whether it was intentional or not.

And here comes the other news, also given a few days later by Edward Pentin: during the past year Pope Francis met twice in the Vatican with Pfizer's CEO Albert Bourla. These meetings were not reported by the Press Office, even though private audiences are usually announced. Obviously, nothing is known about the content of these meetings, just as nothing was leaked about the private audience, also at the Vatican, granted to Melinda Gates in November 2019, shortly before the pandemic emergency broke out. And as we know, the Bill and Melinda Gates Foundation is a key player in the development of global vaccination plans. It should also be remembered that Albert Bourla himself was among the speakers last May at the online conference organised by the Pontifical Council for Culture on prevention and treatment. Moderna CEO Stephan Bancel and Dr Anthony Fauci, the first health adviser to US President Joe Biden, were also present.

In short, there are several indications that suggest a vaccine lobby that dominates in the Vatican and pushes the Pope and Secretary of State to take decisions that go against even recent magisterial documents. And more generally it tends to make people forget the moral problem posed by the use of foetal cell lines whose origin is in abortions. A veritable vaccine connection which, given the absolute domination of a single pharmaceutical company, it would be more accurate to call a Pfizer connection, and which is making itself complicit in a campaign of discrimination and social hatred towards those who have no intention of getting vaccinated. In any case, it would be appropriate for the Holy See to clarify its relations with Pfizer, including through its 'experts'.