No one defends Benedict XVI, he’s a nuisance

Benedict XVI’s inconvenient presence has become even more vexing today. Just his very existence is a reminder of many troublesome matters. The advocates of the current "driving force", who from their various positions guide the Church, fear its lost momentum recently, and cannot but consider Benedict XVI a considerable nuisance. 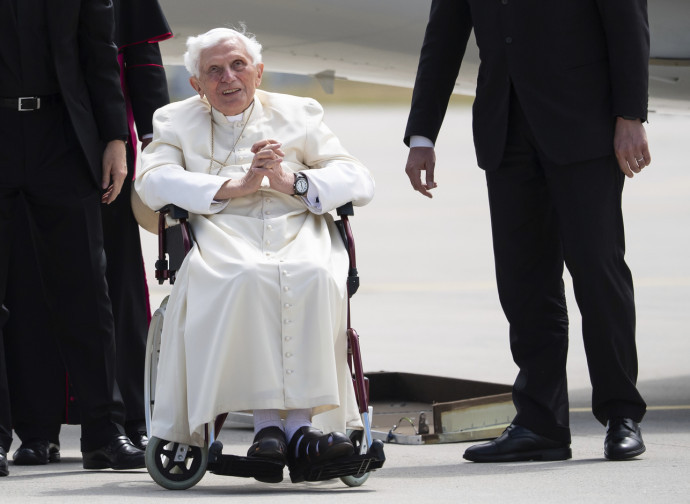 The Daily Compass has already reported on the accusations against Benedict XVI that have shaken the ecclesial scene in recent days. After the official publication of the report on paedophilia, very few, albeit laudable, interventions were made in his defence. Both of these aspects, the broadside against him and the silence of those who should have protested in his favour, require further explanation. I recall that on 2 May 2009 La Civiltà Cattolica published an article by Giandomenico Mucci on Benedict XVI entitled "Un papa scomodo?" [An inconvenient pope?]. I remember because I had taken that article as the starting point for a book I wrote and published the following year: “L’età del papa scomodo” [The age of the inconvenient pope]. Today I would explain the broadsides and silences against Benedict XVI with the same words: these things happen because he is a nuisance. With one clarification: he was inconvenient then, when the Jesuit magazine spoke of him in these terms, but he is much more so today. This is not because the reasons he was inconvenient then are different from the reasons he is inconvenient now, but because those who considered him inconvenient then wield more power in the Church today than they did then. The problem is to understand what Benedict XVI's inconvenience consists of and why it is greater today than it was yesterday.

Benedict XVI's inconvenience is much more irritating today. His presence alone is a reminder of many troublesome matters. Currently he speaks or writes very little or not at all, but his presence keeps alive what he has written and said. His teachings, as long as he is alive, cannot be dismissed as easily as some would like. He is disturbing because he is here. It is his existence that is annoying, as a cumbersome legacy of thought and faith.

Let us try to give some examples. Would an article like the one by Fr Carlo Casalone on assisted suicide (which in the name of 'lesser evil', calls for the approval of a law to regulate euthanasia in Italy) have appeared in La Civiltà Cattolica at the time of Benedict XVI's pontificate? Its contrast with his teachings on non-negotiable principles would have been too obvious. That there were Jesuits who held this opinion even then (and even much earlier) is very true, however, such a thesis would not have been published. Incidentally, at that time there was still a Congregation for the Doctrine of the Faith. It is all too easy, then, to point out that Traditionis custodes, which vetoes the ancient rite restored by Benedict XVI himself, would not have been written; there would be no talk of women lectors, or of the possibility of women deacons, let alone women priests.

The question of married priests would be shelved and all liturgy and pastoral work for vocations would follow other paths. In all probability, the structure of theological studies in the pontifical universities would also be different, given that at the moment, following the latest pontifical dispositions in this regard, a method of dialogue and synodality of a historicist and hermeneutic type prevails rather than of a metaphysical order. The current rapid evolution towards a radical transformation of moral theology would find some restraint and the “situation ethics”, together with the absolute centrality of conscience, would at least be tempered by the preservation of some reference to the natural moral law provided for by divine law itself. The ambiguous concept of the Church's “living tradition”, where that “living” carries with it many evolutionary accents, would not be used to confuse deepening with updating of the dogma, and there would not be so much insistence on not fearing the new and on tradition not being a bank account or an outfit stored in a mothballed wardrobe.

I have given a few examples of how many current drives find a restraint in Benedict XVI that make him an inconvenience. I am well aware that many say that the current acceleration of a certain ecclesial adventurism had its premises in certain positions held by Benedict XVI. But, as I have tried to explain in my book "Capire Benedetto XVI" [Understanding Benedict XVI], the general structure of his theological thought and pontifical teaching on many crucial points allows one to stop and think without slipping too far forward, including the possibility of recovering much of what had been eliminated in the recent past. In this lies all his inconvenience today. The advocates of the current “driving force” who guide the Church from various positions and fear that it has even lost momentum recently, cannot but consider Benedict XVI a considerable nuisance.

In phases of the Church's life such as the current one of great tension and painful labour, initiatives of denigration on the one hand and silent compromises on the other, abandonment and isolation can take shape, together with decisions of ecclesial government that are actually offensive to the previous pontiff who is still with us. These are phases in which one wants to taste the fruits of change and taste them very quickly.