During the two centuries following the discovery of the Americas, monastery dishes had been enriched with tomato sauces, pasta and bean soups, turkey stews with wine, roast peppers with garlic, corn soup, pineapple cakes, chocolate biscuits and many other delicacies. But the monks' recipes also contained medicinal herbs and spices: Louis XIV had one copied.
- THE RECIPE: MEATBALLS IN PEPPER SAUCE 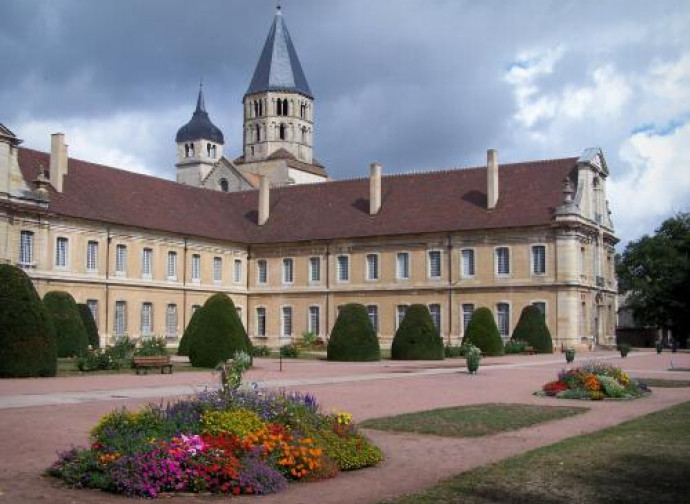 Around 1630 in Rome the Baroque style was born. The name of this period (which lasted until the mid-18th century) describes its art, music, architecture, literature, fashion. The period even influenced the way of life: at the end of the 17th century the Book of Accounts of a French cloistered monastery reports that “never as in recent decades has libertinism conquered all social classes: the multitude of newborn babies brought to our wheel has surpassed all those in the past”.

The wheel was for the nuns of cloistered monasteries the only means of contact with the outside world. It was used by people to anonymously place on it unwanted newborns so that the nuns could mercifully find them a family (or, more often, an orphanage, which fortunately existed, thanks to the Church and the support of noble ladies with a kind heart). But the wheel also had a happier use. The nuns would sell the sweets and biscuits they made by placing them on the wheel: it was their “boutique”. In the period mentioned in the Book of Accounts, the nuns also baked - for the first time - chocolate biscuits.

That historical moment is very interesting because almost two centuries earlier the Americas had been discovered. All their sensational new foods and ingredients, hitherto unknown in Europe, greatly enriched the tables of the time: potatoes, tomatoes, corn, cocoa, turkey, guinea fowl, peppers, beans, pumpkin, pineapple, various chilli peppers - just to name a few. With the inclusion of these ingredients, European gastronomy became considerably richer and thus the recipe books of the monasteries experienced an important development.

Monastery recipes are almost always secret, handed down from one generation to another of nuns and monks. They always contained medicinal herbs and spices, which means that they are now the latest trend, as we try to maintain health through food, which back then was normal.

Consequently recipe books evolved after the discovery of the Americas: from simple recipes based on herbs, cabbage, spelt, stale bread and dried fruits, dishes served in monasteries were now enriched with tomato sauces, pasta and bean soups, turkey stews with wine, roast peppers with garlic, corn soup, pineapple cakes, the famous chocolate biscuits mentioned above and many other delicacies. A gastronomic episode worthy of note is described in a letter from Duke Nicolas de Neufville de Villeroy: he was a French general and nobleman, marshal of France under Louis XIV, who accompanied the Sun King on a pilgrimage to the Abbey of Cluny. This Abbey has a very interesting history: built in the 10th century by William I (who gave it to the Pope), Cluny adopted the Benedictine rule from the beginning, becoming an example for the monastic life of the 10th and 11th centuries. Many of the successive abbots in Cluny were extremely learned and some also became internationally known statesmen. Among them were Cardinal Jules Mazarin and Hildebrand of Soana, who became Pope under the name of Gregory VII.

The monastery of Cluny itself was the most famous, prestigious and subsidised monastic institution in Europe. The greatest Cluniac influence lasted from the second half of the 10th century until the early 12th century. At the beginning of the 12th century the order lost influence due to bad management and from the 13th century on Cluny began a slow but inexorable decline.

But returning to the visit of the Sun King to Cluny: the year is 1669. Cluny, even if in decline, is still a destination for pilgrimages, despite the decreasing number of religious who live there. The Duke writes: “The monks have a very respectable cellar, which has greatly pleased His Majesty. Arriving late in the afternoon, we were immediately invited to refresh ourselves, with cold melon and mint water. Then they took us to our quarters, very comfortable for a monastery. At dinner they served a simple dish, but very much to the King's taste. Meatballs cooked in a creamy pepper sauce. Herbs that I could not define completed the already sumptuous taste of the dish. His Majesty ordered that the recipe be sent to his cook”.

We know that Louis XIV had started to lose his teeth in his youth: he loved sweets and sugar in all its forms and that was the result. He therefore preferred dishes that were easy to chew: creams, purées, soups, minced meat, cooked fruit. The dish described by the Duke de Neufville was certainly enjoyed by this epicurean king, who, despite a libertine life so typical of his century, discovered a deep faith later in life, thanks to Madame de Maintenon who accompanied him to his death.

Little remains of Cluny today: after centuries of glory, during the French Revolution it was “nationalised” by a decree of 2 November 1789, which put the Church's goods at the disposal of the Nation. The period of the Revolution was fatal to all ecclesiastical buildings in general: they were vandalised, the tombs dismantled and the holy relics scattered. Cluny did not escape this sad fate. The revolutionaries plundered and sold the tapestries and furniture. The archives were burned in 1793. The abbey estate was sold in 1798 for 2.14 million francs. Despite the various initiatives launched to protect the Abbey from destruction, its abbey church was progressively demolished. On 8 May 1810 the façade and the large gate were blown up. The abbey served as a stone quarry until 1813 for the village houses. Today, only 8% of the original building remains.