«Minneapolice», repression and anger behind the violence

The escalation of violence after the death of George Floyd, a black American detained for using a counterfeit 20-dollar bill, follows 8 weeks of extreme lockdown orders, loosened only a week ago. Minnesota was already a powder keg because of hunger, no work, no individual liberty, no basic human respect, and the state and the city are run by radical left-wing ideologues, Tim Walz and Jacob Frey. 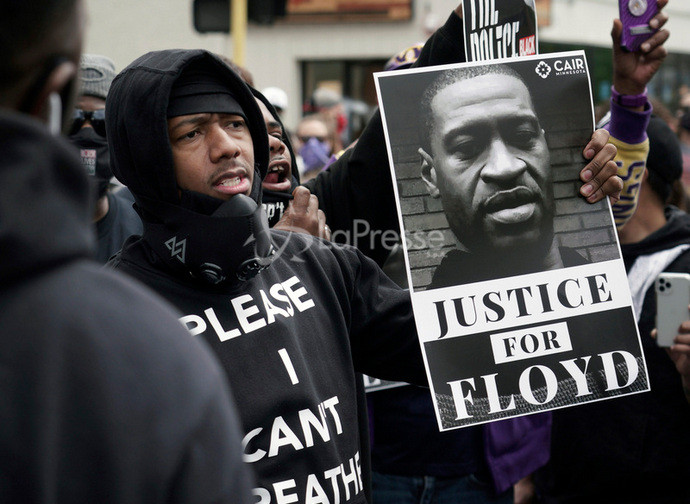 May 25 marked the death of George Floyd, a black American detained for using a counterfeit 20-dollar bill at a delicatessen in Minneapolis, Minnesota. His asphyxiation-induced death occurred shortly an hour after local police officer Derek Chauvin brutally knelt on Floyd’s neck for roughly 5-7 minutes, as the 46-year-old suspect repeated several times he could no longer breathe.

Officer Chauvin’s inhumane detainment practice should horrify everyone’s common sense of decency and God-given dignity, especially since it was not proven that Floyd was aware he was spending fake currency for a sandwich, considered a petty crime in the United States. Neither was there any evidence that Floyd had threatened Chauvin’s personal safety or life. Derek Chauvin and his assisting officers were subsequently and justly terminated by Minneapolis’s chief of police. The left and right of America’s body politic were in complete agreement.

Floyd’s tragic death, filmed by a teenage bystander, has now literally set Minneapolis ablaze. Yesterday, city firefighters confirmed at least 30 shops and private businesses had been objects of arson, some buildings burning completely to the ground overnight. Precinct 3 had also been set on fire and was duly evacuated out of fear of losing lives within the police’s very own headquarters. All chaos broke out. Mass lootings ensued (video here), while stabbings occurred, explosives set off, teargas fired at protestors, and shots were exchanged among civilians.

National Guard troops were activated to bring peace to the thousands of African Americans that had packed downtown streets in full defiance of Minnesota’s continued strict social distancing policies to prevent a second wave of COVID-19 infection.

This escalation of violence follows 8 weeks of extreme lockdown orders, loosened only a week ago. The state and city are run by radical left-wing ideologues, Governor Tim Walz and the 38-year old baby mayor, Jacob Frey, both elected under the banner of Minnesota’s Democratic Farmer Labor (DFL) party.

Knowing this, it is understandable why excessive law enforcement had occurred. This happened no less after Marxist DFL politicians had, for almost three months, created an Orwellian police state.

The DFL had given state law enforcement officials far too much reign over private citizens’ personal liberty. Like German Gestapos, their egos exploded with an unhinged lust to detain, arrest, fine, jail, and intimidate. It was what DFL-backed public officials had hoped and planned for, even if no one of them would have imagined such an unforgivable murder happening on their own streets.

This, in no way, excuses Officer Chauvin for using deadly force on a presumed-innocent and unarmed man. Yet, we should not deflect the blame away from the tyrannical political powers that rule Minnesota and its largest city. They had, in effect, “created their own monster” with Chauvin. Indeed, they created many other monsters overrun with inflated, illegitimate police powers over the constitutionally protected rights and liberties of Americans of all colors.

Also influencing the general context were the effects of prolonged economic lockdowns in Minnesota. This was fuel added to the fire. Minnesota’s unemployment reached record levels (625,000 or 15.5%), higher than any of its neighboring Midwestern states and the highest since the Great Depression. To make the pot boil even hotter, Minnesota infamously had the highest COVID mortality rate with respect to bordering regions, after such extreme quarantine measures boomeranged for public health objectives.

What does this all add up to? With drastic levels of poverty, hunger, and death, we should not be at all surprised that Minneapolis’s desperate citizenry took to stealing food, clothing, household products and electronics, all of which they could personally consume or sell for a rich sum on the black market. George Floyd’s death was secondary to their own survival and desperate needs. Nor should we be amazed that the thousands of inflamed souls, who persevered through Minnesota’s intensely policed lockdowns, found an opportunity to externalize their deep hurt and anger by setting buildings on fire.

We should not be shocked that the intensified hatred of law enforcement exploded following 3 months of putting up with over-empowered police state officials. The horrible death of George Floyd – certainly not the first black man killed or detained without dignity by white police – was the straw the broke several camels’ backs. It was the perfect storm. Enough was enough on many fronts: hunger, fear of the future and death, no work, no individual liberty, and no basic human respect. All was lost in the last 90 days.

Hence our hearts go out to Minneapolis, the suffering “twin city” of the much poorer and even harder hit St. Paul by the ongoing COVID-19 crisis. The extreme psychological, political, and economic turmoil has been too much for any living free soul to handle.

Who knows if the shouting “kill the white folk” and “black lives matter” of Minneapolis’s angry street mob is indirectly made at left-wing DFL authoritarians who are, in fact, white elitists and use African Americans as objects, as ballots to help them stay in positions of uncontrolled power.

President Trump has now ordered an independent FBI investigation into this “very, very sad situation.” With a thorough review of all the factors that led to the tragic escalation of violence, theft, and death, perhaps some culpability can be given to the "Minneapolice" state and the political thugs that had sanctioned it with most tragic consequences.

Now, just overnight, the Minneapolis flames have spread like wildfire. The mob’s destructive path has metastasized to eight other U.S. cities  - Los Angeles, Phoenix, Atlanta, Denver, New York, Oakland, San Jose, and Washington, D.C.. Will this national mayhem spell the end of the police state or will it be a revolutionary catalyst for finally achieving a Brave New World? What we will witness, over the next few days, will be a bloody battle of order versus disorder and control versus freedom. The next few days will be historical turning points for American liberty. Stay tuned.