Mary Mother of the Church

Today we commemorate the Blessed Virgin Mary “Mother of the Church”, a title that was defined during the Second Vatican Council, but which is based on two thousand years of Christianity and the history of salvation. 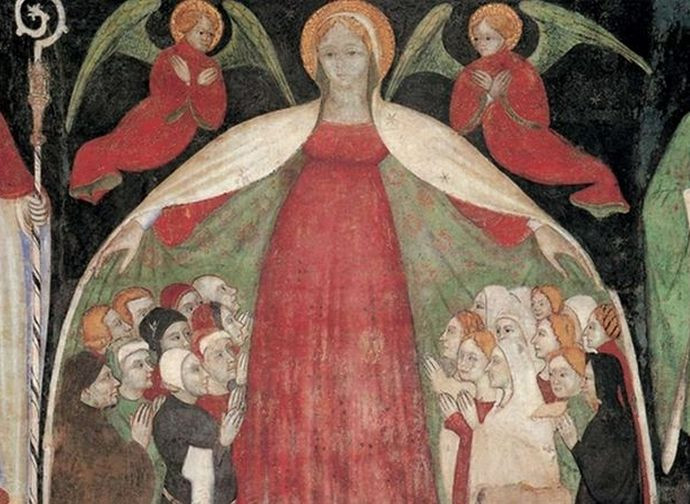 Today we commemorate the Blessed Virgin Mary “Mother of the Church”, a title that was defined during the Second Vatican Council, but which is based on two thousand years of Christianity and the history of salvation. It was Pope Francis who decided to establish this obligatory memorial in the General Roman Calendar, fixing it on Pentecost Monday each year, as made known by a decree of the Prefect of the Congregation for Divine Worship, Robert Sarah, dated 11 February 2018 (and published on 3 March), the 160th  anniversary of Our Lady's first apparition at Lourdes. “This celebration - writes Sarah in the decree - will help us to remember that growth in the Christian life must be anchored to the Mystery of the Cross, to the oblation of Christ in the Eucharistic Banquet and to the Mother of the Redeemer and Mother of the Redeemed, the Virgin who makes her offering to God”.

The title of Mary Mother of the Church was solemnly proclaimed by Paul VI on 21 November 1964, in the act of promulgating Lumen Gentium, the constitution which in Chapter VIII deepens the exceptional role of Mary in the mystery of Christ and the Church. “Therefore, to the glory of the Blessed Virgin and to our consolation we declare Mary Most Holy Mother of the Church, that is, of all the Christian people, both faithful and Pastors, who call her beloved Mother; and we establish that with this title all the Christian people from now on shall pay even greater tribute to the Mother of God and make petitions to her”, said Pope Montini in his address before the Council Fathers.

Again under Paul VI the Votive Mass De Sancta Maria Ecclesiae Mater was approved in 1973, and two years later it was included in the Editio altera of the Roman Missal. The celebration was then inscribed in the Calendar of some countries, such as Poland and Argentina, which were allowed to fix it on Pentecost Monday. This day was chosen to underline the intimate bond between the innumerable graces of the nascent Church and the maternal solicitude of Mary, “full of grace”, who after the Ascension of her Son gathered in prayer in the Upper Room together with the pious women and the apostles (Acts 1:12-14). And she invoked for nine days the descent of the Holy Spirit that had been promised by Jesus and with whom they would be filled at the end of Pentecost. It should also be remembered that the faithful have become accustomed to honouring Mary as Mother of the Church also thanks to the possibility granted during the pontificate of John Paul II, in 1980, to include the invocation in the Loreto Litanies.

From the beginning of Christianity the Fathers recognized Mary's motherhood over the whole Church. Saints and ecclesiastical writers saw clearly in the Mother of God the woman announced in Genesis, the enemy of the infernal serpent (Gen 3:15) and Mother of the redeemed who welcomed her divine Son into their lives, keeping His commandments. Saint Augustine already called her “Mother of the members (of Christ), [...] because she cooperated with her charity at the birth of the faithful in the Church, who are the members of that Head”. And, even before him, the Gospel made manifest her extraordinary cooperation in the redemptive work of Jesus, which culminated on Calvary with her immense pain at the foot of the Cross. It was at the height of this mystical participation in the sufferings of the Son that He, pointing out to her the beloved disciple, entrusted to her all men as her own children in the order of grace. And he asked those same children to love her, according to the words He addressed to John: “Behold your mother!

Read more: Mary - Mother of Christ, Mother of the Church, points 963-975 of the Catechism