Latin mass thrown out along with Benedict XVI

With the Motu proprio that does away with the vetus ordo, Pope Francis erases Benedict XVI's effort to ensure the development of the Church in continuity with Tradition, to prevent the Second Vatican Council from being understood as a rupture. 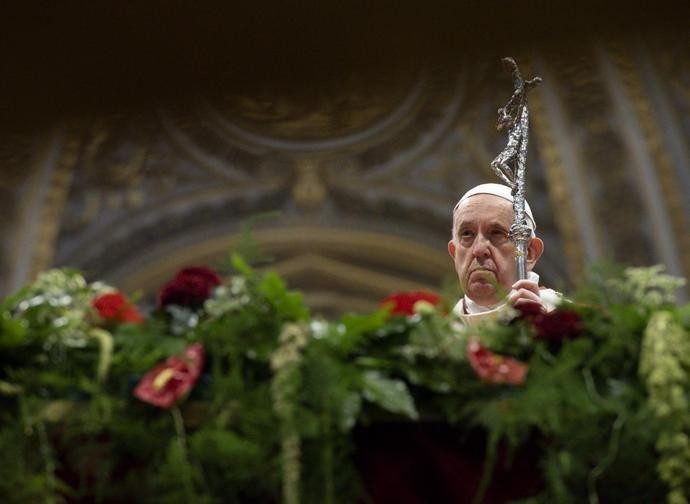 Cardinal Sarah said just a few days ago that the motu proprio Summorum pontificum, with which Benedict XVI had once again allowed the celebration of Mass according to the 1962 missal of John XXIII (the vetus ordo missae dating back to St. Pius V), was the masterpiece of his pontificate. Yesterday, however, this masterpiece was cancelled by Francis' new motu proprio Traditionis custodes. It is logical to surmise that also cancelled with it was Benedict XVI, who did not represent and does not represent only himself. To have been erased, therefore, is much more than Benedict XVI.

Reading the explanations that Pope Francis communicates to the bishops of the world in the personal letter accompanying his motu proprio, one immediately grasps that the profound reasons that had led Pope Ratzinger to restore the ancient Mass, considering it an extraordinary form of the only lex orandi of the Roman Church, are not even mentioned. It may be that they were not understood, just as it may be that they were hidden away on purpose in order to convey the idea of "continuity" between this new motu proprio and Summorum pontificum.

For the bishops, in fact, Francis argues the thesis that the same concerns that had animated John Paul II and Benedict XVI in their provisions liberalizing the ancient rite, are also those that now animate him in eliminating them. There is evidently something extraordinarily incredible about this explanation,  and more than perplexing are the alleged deviations from the selfsame expectations of the two holy pontiffs that, according to Francis, have taken place in recent years, and  would have led him to abolish their dispositions in continuity with their motivations.

According to Francis, the motivations with which (above all) Benedict XVI had restored the ancient rite were only pastoral in nature and intended to avoid a fracture in the Church, satisfying a small fringe of faithful who were passionate about the ancient rite. But such an explanation of Summorum pontificum is gravely insufficient and, we can say, very superficial. It would have been tantamount to giving a "few crumbs”, or throwing a bone to a dog. There was much more in Benedict XVI’s intentions behind the restoration of the vetus ordo, and in particular the great issue of Tradition.

How could what was obligatory yesterday be illegal today? Any institution that does this - Benedict XVI said and wrote – ‘gets egg on its face’ and condemns itself to insignificance. What is valid today, in fact, may not be valid tomorrow. Since the lex orandi coincides with the lex credendi, restoring the rite of Pius V updated by John XXIII with Summorum pontificum meant giving fresh air to Tradition and reaffirming that the Church never starts from scratch. It was not a issue - as Francis believes - of a residual group of nostalgic faithful, aesthetically tied to certain formulas, outside of history that needed to be appeased so they would not make too much noise. There was much more at stake. Francis cancels Benedict XVI even before the new motu proprio Traditionis custodes, with this ridiculous underestimation of what was behind his "masterpiece", as Cardinal Sarah said.

The openings to the vetus ordo of John Paul II and Benedict XVI were meant for the unity of the Church,  not because they intended to round up a few scattered old-timers to bring them back into the fold, but because they proposed an enormous commitment to build the unity of the Church on Tradition, that is, on what the Church is, has always been and will always be. This is impossible to do with ruptures with the past and with "new paradigms". Especially with liturgical ruptures that are always dogmatic ruptures, other than pastoral ones.

The new motu proprio does not merely abrogate Summorum pontificum, but also proposes to eliminate the phenomenon of the ancient Mass by slow death. The prohibition of new groups and the impossibility for future priests to learn its celebration indicate a diagnosis of euthanasia pursued. As mentioned above, however, since this was not only a strictly liturgical matter, everything its restoration had entailed is condemned to death. Erasing Summorum pontificum means erasing Benedict XVI, and this means erasing all his work. It means starting over from scratch, while at the same time claiming to do so in the custody of tradition.