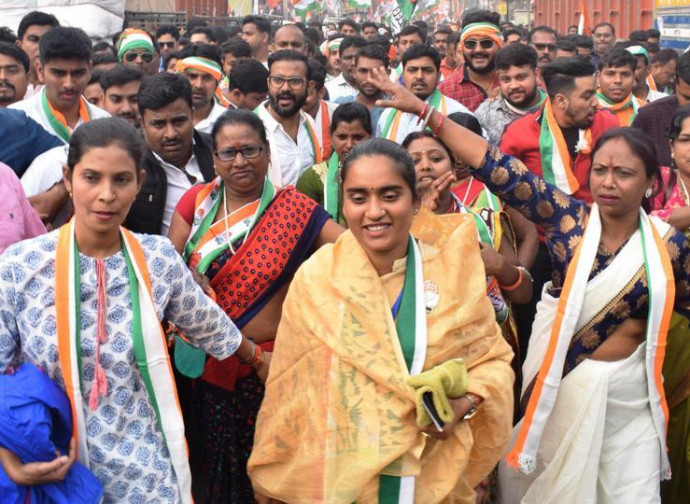 The Catholic Church in Jharkhand state in eastern India heaved a sigh of ‘relief’ on Christmas eve following the defeat of the ruling Hindu nationalist BJP in the election to the state legislature. “This result is indeed a Christmas gift to us,” Archbishop Felix Toppo of Ranchi, capital of Jharkhand head state, and head of the Catholic Church in the tribal heartland, told this correspondent December 26.

When the votes of the much flayed four-week long polling in the state was counted on December 23, the ruling BJP was trounced by secular opposition alliance, reducing its tally to 25 out of 81 seats to the Jharkhand Assembly.
“We had a series of problems with the (BJP) government,” pointed out Archbishop Toppo, endorsing the widespread sigh of relief by harassed Christians, secular groups and indigenous tribal groups in the state where the church is overwhelmingly of ethnic tribal background.

As per 2011 census, Christians accounted for nearly five percent of over 26 million people of  Jharkhand, meaning ‘land of forests’. The indigenous population ratio in the mineral rich mountain region had been on steady decline over decades due to migration of non-tribals en masse to Jharhand state that was carved out of eastern Bihar state in 2009.
The outgoing BJP government, Archbishop Toppo pointed out, “delayed salaries for teachers in our (aided) schools and prevented us from appointing new teachers.’ “We also had a tough time with them as they purposely slapped false criminal cases on priests, nuns and lay people and went on scrutiny of the accounts of our institutions,” Archbishop Toppo elaborated the troubles of the church under the BJP regime.

Among the trumped up criminal cases foisted on the Church include the much publicised child trafficking case against elderly Missionaries of Charity nun Concelia Baxla, who imprisoned over a year without charge. Jesuit Father Alphonse Aind principal of a school was also imprisoned for months on trumped up ‘abetment to rape’ charge, plotted by a Hindu nationalist activist. Similarly, several lay Catholics too had to languish behind bars for speaking up for ethnic tribal rights.

“We are happy that the leader Hemant Soren (the new chief minister designate – himself a tribal – set to swear in as Chief Minister on Dec 29) came over to greet us for Christmas (on Christmas eve),” Archbishop Toppo added.
Soren heads the tribal Jharkhand Liberation Front party that won 30 seats in the state legislature while its national opposition ally, the Congress party, won 16 seats for the coalition. “We hope we will have relaxed time under the new government from the New Year,” Archbishop Toppo said.

Church had more reason to be elated when the indigenous leader Soren was sworn in as Chief Minister on December 29 in state capital Ranchi in the presence of a galaxy of political leaders including Chief Ministers of half a dozen major states in solidarity.
The first decision of the new Jharkhand government soon after the swearing in was music to the church. In its first cabinet decision, the government dropped all cases registered against tribals during the ‘Pathalgadi’ (unique protest of installation of stone plates in villages by tribals declaring that the land belonged to them) in 2017-2018 in the protests after the BJP government tried to dilute laws banning commercial use of tribal land.
To undo the damage and harassment of the tribals, the government ordered creation of necessary posts for judicial officers in fast-track courts to deal with cases pertaining to women and children in every district.

“We had gone through very bad times. Certainly, a new wind coming,” said excited bishop Theodore Mascarenhas, former secretary general of the Catholic Bishops Conference of India, who returned to Ranchi in 2018 as its auxiliary. However, he cautioned that “the old bureaucrats are still there. We hope the new government will follow the constitutional mandate and do not let the people be divided on the basis of religion or ethnic identity.”

The Hindu nationalists outfits under BJP rule had even burnt effigy of Cardinal Telesphore Toppo of Ranchi (who retired in June 2018) in 2017 for his staunch opposition to the BJP government hurriedly pushing through an anti-conversion law in the state legislature. In fact, the anti-conversion law was enacted by the ruling BJP in August 2017 when the Church and Christians activists were in the forefront of tribal protests against the amendment to tenancy legislation to dilute the curbs on alienation of tribal lands at the behest of business lobby that backed the BJP regime.