The EU Court of Justice has rejected the appeal presented by Hungary and Poland. The two Central European countries had asked for the cancellation of the regulation that allows the EU to suspend payments from the European budget to member states where "the rule of law is threatened". It is a further step towards a European super-state. 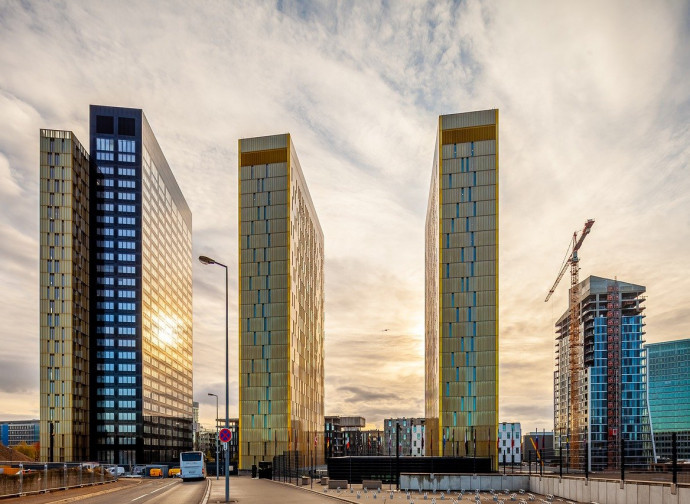 The EU Court of Justice has rejected the appeal presented by Hungary and Poland. The two Central European countries asked for the cancellation of the regulation that allows the EU to suspend payments from the European budget to member states where "the rule of law is threatened". According to the Parliament and the EU Council, the rule of law is being threatened by both the Warsaw and Budapest governments. But the internal reforms that have triggered this alarm concern matters that have so far been considered exclusively of national relevance. Does the decision of the EU Court of Justice, therefore, mean that we are on the threshold of a European super-state?

Poland defined the verdict "an attack on our sovereignty". The Hungarian Minister of Justice, Judit Varga, has branded it an "abuse of power" by Brussels. The conservative government in Warsaw has been in the crosshairs in recent years for its reform of the judiciary. Hungary, on the other hand, for its anti-pedophilia law that LGBT associations consider "discriminatory" because it regulates sexual education, especially on gender issues. For these reasons, the two countries fear (with good reason) that they will be blocked from accessing the Recovery Fund, which is necessary for post-Covid reconstruction. And not only for the Recovery Fund, but all European funds, from now on, will be subject to this clause.

The appeals of Hungary and Poland were essentially based on the absence in EU Treaties for the new regulation on a legal basis, for exceeding  the limits of the Union's competences and on the fact that, in this way, the very principle of legal certainty is no longer valid. In fact, these are arbitrary decisions, taken by a majority against a minority of dissenting countries who would thus be discriminated against. As regards the reform of the Polish judiciary, which consists in the establishment of a disciplinary chamber to examine the jurisdiction of the judges and possibly punish them, Warsaw is convinced that this is a law that respects the principle of the division of powers and the independence of the judiciary.

A ruling by the Polish Supreme Court then reaffirmed the principle that the Polish Constitution is the supreme law of the state.

European regulations can acquire priority only in the fields that the Polish nation has delegated to the EU, but not on the Constitution itself. Warsaw is clear on this point: “Constitutional pluralism - premier Morawicki declared to the European Parliament last October - means that there is a space for dialogue between us, our countries and legal systems. This dialogue also takes place through the court rulings”. In the ruling of the Polish Supreme Court, the interpretation of the Treaties given by the Court of Justice is not accepted as a rule. "In the treaties, we have entrusted the Union with a very large range of competence. But, we have not entrusted but it with everything. Many areas of law remain the competence of nation states. We have no doubt about the primacy of European law over national laws in all areas where competence has been delegated to the Union by member states". But "if the institutions established by the Treaties exceed their powers - Member States must have the instruments to react," Morawiecki reiterated last October.

As regards Hungary, the Parliament and the EU Council contest the new anti-pedophilia rule, emphasising only the part of the law (indeed, an amendment introduced later) which regulates also sex education in schools: school materials, from kindergarten to high school, must not contain anything that aims to promote gender change or homosexuality. In addition to school teachers, only persons or organisations included in an official, continuously updated register can teach sex education. Like it or not, this has never been a matter on which the EU can impose a judgment on national legislation. And Article 14 of the Charter of Fundamental Rights, states: “the right of parents to ensure such education and teaching of their children in conformity with their own religious and philosophical convictions". Does this mean parents have to educate their children according to the guidelines dictated by Brussels and not those of Budapest anymore?

It is clear we are standing on the threshold of a European super-state, if Community institutions reserve the right to challenge the legislation adopted by the Member States, including in philosophical and religious matters. What’s more by means of economic blackmail (or join, or no funds) to force compliance. This sentence confirms this is the system in operation and is further proof of the dangerous path we are going down. At the moment, it seems only the Poles and Hungarians are on the alert.