Beer is believed to be more than six thousand years old. The most ancient remains have been found in Mesopotamia (the oldest recipe we know of is 3,900 years old). The oldest monastery that brewed beer is the Italian Monastery of Montecassino. The monks considered beer an actual medicine. The addition of hops was a monastic invention due to Hildegard of Bingen, while a poem that sings its praises is attributed to Saint Bridget of Kildare.
- THE RECIPE: BEER-BRAISED BEEF 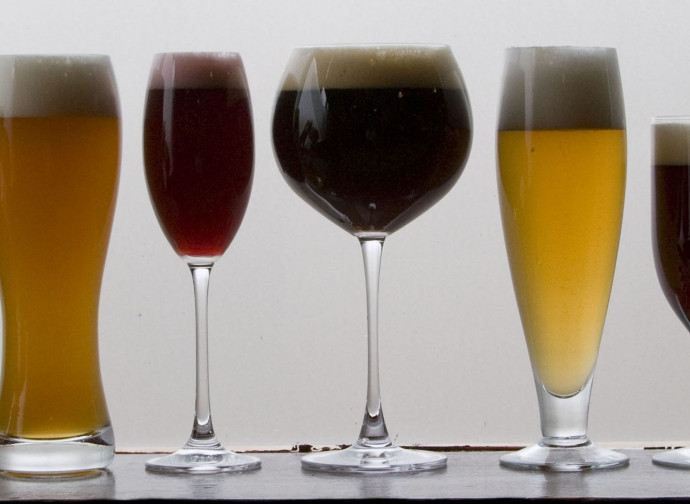 There are foods that hail from the mists of time, for which there is no written clue about their origin or the time of their creation.

Beer is very ancient but, unlike many other foods, it is mentioned in written sources; these suggest that this exquisite drink already existed more than six millennia ago. In fact, chemical tests were carried out on ancient ceramic jugs, which revealed that beer was first produced about 7,000 years ago in the territory of present-day Iran: we can consider it one of the first known works of biological engineering in which the fermentation process was used.

The oldest evidence of beer was found in Mesopotamia. It is a 6,000 year old Sumerian tablet depicting people intent on drinking a beverage from a shared container, using straws made of straw. Half a millennium later, in the strip of land between the Tigris and Euphrates rivers, an Assyrian tablet mentions the craft of brewers for the first time. In a Sumerian poem dating back to 3900 years ago that honours Ninkasi, the patron deity of beer production, we find the oldest existing beer recipe. Beer is also mentioned in the “Epic of Gilgamesh”, in which it is served to the savage Enkidu. Beer is present in all civilizations that cultivated cereals, including Egypt, to the extent that in 1868 James Death, in his book “The Beer of the Bible”, proposed the theory that the manna from heaven that God gave to the Jews was a beer made from bread, similar to porridge, called wusa.

In Europe - first in the North and later in the rest of the continent - some monasteries began brewing beer for internal consumption as early as the 8th Century. In the year 1000 A.D. beer went from home brewing to the first industrial production. This is what generated the figure of the master brewer, who with his skill avoided many diseases caused by infected water, very common in the Middle Ages. The brewing process, on the other hand, eliminated bacteria. At that time it was the only alternative for monks and the poor, since there was no wine in Northern Europe (which was not the case in the Mediterranean for obvious reasons) and tea, coffee and chocolate arrived much later.

The oldest monastery to have produced beer is the Italian Monastery of Montecassino, followed by the Benedictine Monastery of Weihenstephan near Munich and the Belgian abbeys, each of which has its own brewery. And it was the monks who, over time, replaced the earthenware vat with a copper vessel, which improved the beer and made it a monastic excellence. And while on the subject of innovations, the addition of hops in the brewing process was also a monastic invention, due to Hildegard of Bingen. Hops, with its attractive corncob-like flowers and already known therapeutic properties, prevent the beer from deteriorating. Until the inclusion of hops, beer was very dense and slightly sweetish, due to the sugars of the cereals, and it soon deteriorated. In fact, hops act as an antibacterial and preservative, giving stability to the beer and allowing it to maintain its characteristics for a long time. The innovation brought by hops has multiple benefits: it not only fights bacteria, but allows beer to clarify, decant and deposit the solid fragments. In addition, hops bring a bitterish taste which, contrasting the sweetness, gives beer a great harmony.

The monks of Bavaria are also the inventors, among other things, of a new beer fermentation system. Thanks to its preservation in the cool of the cellars, some yeasts ferment more slowly, thus allowing a better preservation of the beer. The process took the German name lager, which means, precisely, storage, warehouse.

In 1516 the correct preparation of beer was regulated by William IV with an edict called Reinheitsgebot (“purity decree”). The friars considered beer to be an actual medicine with therapeutic and medicinal powers: it was administered to convalescents as a tonic, to women giving birth in order to increase their milk production, and used as a medicine to improve digestion and blood circulation.

There are two types of monastic beers: abbey and Trappist. Abbey beer is brewed using the craft methods used in Belgian abbeys during the Middle Ages. Many monasteries have now disappeared or have been sold into secular ownership, to which the beer recipe was also sold. Therefore the term Abbey only indicates the ancient and monastic origin of the method by which the abbey beers are still produced today. This process involves high fermentation, refermentation in the bottle and a full-bodied final product with alcohol content between 6% and 9%.

The refermentation can be double, triple or quadruple. In Belgium there are about 70 brands of abbey beer, dedicated to monasteries, churches, saints or other religious communities. Despite this, their production is largely secular and commercial: among the best known brands are Leffe, Grimbergen, Abbaye de Cambron, etc.

Trappist beers have been produced for centuries and still are today by Trappist monks (a Cistercian order with ancient and austere rules, born in France in the 17th Century in the monastery of La Trappe, which resisted the French Revolution). The Trappist order, very active in the production of beer, has achieved great success at European level. In the past there were numerous Trappist abbeys that produced beer in various countries; today only twelve remain active, located in Belgium, Holland, Germany, Austria, Italy, and the United States.

These are the only abbeys in the world that can produce Trappist beer and in 1997 they united in the International Trappist Association (ITA) with the aim of ensuring respect of a very strict production and marketing ethic and protecting the “Authentic Trappist Product” brand.

The experts taste beer with the same attention with which a good wine is tasted. Not only the way it is poured and the temperature at which it served are important, but also the type of glass one chooses to drink it from. The appropriate glasses vary depending on the type of beer: some beers require a tall, narrow glass, others require a goblet, others are excellent in a mug with a handle, in a tulip-shaped glass, etc. (photo).

To St Bridget of Kildare (451-525), the saint who, according to tradition, turned water into beer, abbess of one of the first Irish monasteries, who continued St Patrick's work of evangelisation, is attributed a fine posthumous poem dedicated to beer: “I should like a great lake of the finest ale for the King of Kings, I should like a table of the choicest food for the family of heaven. Let the ale be made from the fruits of faith, and the food be forgiving love”.