Power needs to destroy social relations, to create lonely, easily manipulated individuals. It has even legitimised the fact of having to mask one's face. But how can you have a relationship with another person without seeing his or her face? The human face is the one part of the body that must always be uncovered and not hidden. It is no coincidence that in ancient Greece the slave was defined as faceless, and therefore without dignity. 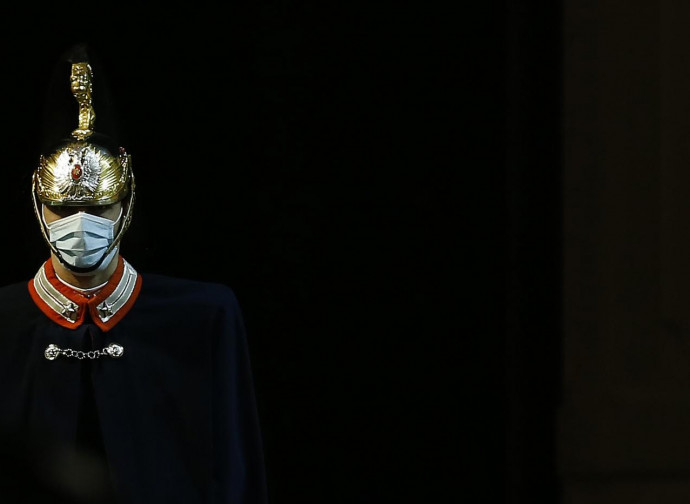 During an afternoon walk under the arcades of the city centre, a friend greeted me but I didn’t recognise him. The mask he was wearing prevented me from identifying his features. It was only after he had broken the strict anti-Covid regulations, i.e. after he had lowered his “muzzle”, that I was able to recognise him and return the greeting. A trivial episode that must have happened to who knows how many people in these times of pandemic. And yet, that brief incident made me reflect on the importance of the human face. It is impossible to have a relationship with anyone without recognising their face.

The drama of today's fluid and post-modern society lies in the fact that today's generation does not know how to consciously say “you” to anyone. It is precisely in this drama that the obsessive and violent search for power lies and is hidden, which largely characterises the usual relationships between people, based for the most part on the systematic reduction of the other to an object of possession and use.

This is a cultural model that has long been imposed by power and nurtured through its deadly propaganda machine. It is enough to watch any prime-time TV drama, or read the entertainment magazines.

Power needs to destroy social relations, to create lonely, isolated, preferably single, rootless, identity-less, fragile, defenceless, and frightened individuals, in other words, subjects who can easily be manipulated. The Covid-19 pandemic, from this point of view, was a godsend. It has even legitimised the fact of having to conceal one's face behind a mask. But how can one have a relationship with another person without seeing his or her face? The human face is the one part of the body that must always be uncovered and must not be hidden. It is no coincidence that in ancient Greece, the slave was defined as ἀπρόσωπος (apròsopos), that is without (a-) face (pròsopos), therefore without dignity, without freedom, a mere “res”, an object in the hands of the master. The uncovered face is a sign of freedom. The lepers removed from the community were also faceless.

The face is also what distinguishes humans from animals, as the great Cicero taught us in his work De Legibus (I, 27): “(...) is qui appellatur vultus, qui nullo in animante esse praeter hominem potest, indicat mores” (what is called face, which cannot exist in any living being except in humankind, indicates the character of a person).

The face is an essential element of human relationships. Even God, in order to make Himself known to men, had to reveal His face by becoming a man, that is, by entering history as a person. He revealed himself through the face of Jesus Christ, who became the face of human destiny, the nature of the meaning of our being, precisely because Jesus Christ is the face of the Father. Thus the total definition of humankind's meaning in the world has passed through a face.

I also reminded that the Lithuanian philosopher Emmanuel Levinas devoted much of his philosophical research precisely to the meaning of the face. For the Lithuanian thinker, the epiphany, and therefore the manifestation of the other, occurs in dialogue, in a “face to face”. The other thus becomes a revelation granted in particular by the face, which is the primary means of communication and the instrument through which each person's humanity reveals itself, to the point of allowing a glimpse of the Infinite. The face is the place where, more than anywhere else, the dynamics of humankind are at play, and therefore also their relationship with Power. For this reason - as Giorgio Agamben, another philosopher I admire, has lucidly written - the face is also “the place of politics”.

The exceptional state in which humanity has been plunged following the Covid-19 pandemic has reached the point where concealing one's face is considered normal, and the need to prevent the epiphany of the other is even dutiful. Agamben again warns, however, that “a country that decides to renounce to its own face, to cover the faces of its citizens with masks in every place is, then, a country that has erased any political dimension from itself”, and “in this empty space, subjected at all times to unlimited control, individuals now move around isolated from each other; they have lost the immediate and sensitive foundation of their community and can only exchange direct messages to a name that no longer has a face”.

Never more than in these times in which law appears conditioned by the health emergency, in which Carl Schmitt's Ausnahmezustand (state of exception) risks becoming a normal paradigm of government, is the face truly the place of politics. It is the challenge to tyranny that demands a people of “apròsopos”, made up of individuals without a face, without dignity, without identity, without freedom.

Once again, Agamben is very clear on this point: “Our impolitic time does not want to see its own face, it keeps it at a distance, it masks and covers it. There must be no more faces, only numbers and figures. Even the tyrant is faceless”. It’s so true! 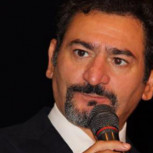