Vice President Harris received a group of abortionists at the White House, declaring that abortion is a ‘non-negotiable' right. On the same day, 16 September, the Federalist published a paper showing how Biden is breaking the rules in order to reward Planned Parenthood & Co. and redirect taxpayers' money to them. 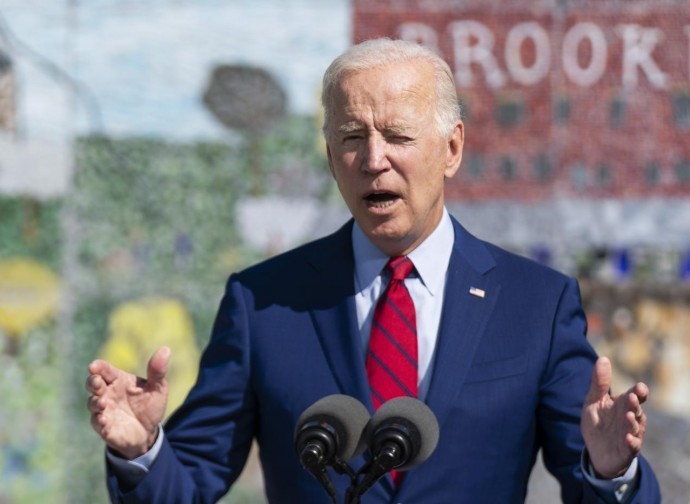 The payer is the boss: this also applies to the relationship between the Biden administration and abortionists, even if it involves the murder of conceived children. More than one fact in recent days confirms that the abortion multinationals are cashing in and reinforces suspicions that the US Administration is rewarding them. Could it be the multimillion-dollar funding and the plaudits they received during the election campaign?

The fact is that Vice President Kamala Harris welcomed abortionists from Texas, Mississippi, Kentucky and New Mexico to the White House on 16 September. The reason for the meeting was the Texas law, in force since 1 September, prohibiting abortions as soon as the baby's heartbeat is audible (see here). "We will not stand by and allow our nation to return to the days of illegal abortions (...). We will use every level of our administration to defend the right to safe and legal abortion, and to strengthen that right," Harris said in an official statement on 2 September, following the Supreme Court's decision on legislation restricting abortion in Texas.

Indeed, last Thursday, one of the abortionists welcomed at the White House was the head of Planned Parenthood in Texas, Bhavik Kumar, who like other colleagues of his brought as many women as possible to have an abortion by 11.59 p.m. on 31 August 2021, i.e. just before the Heartbeat Act came into force. According to the weekly Glamour, at 7 o'clock that evening, Kumar still had 20 to 30 women waiting for abortions and he managed to deal with all of them. From four abortions per hour, one every 15 minutes, to a record of one abortion every 10 minutes. Kumar also boasted to Glamour magazine that he had achieved the highest record of his career, 60 abortions in a single day. Nothing heroic, rather just an obsession with chasing profit, with no regard for the dangers to women's health.

At a meeting with abortionists at the White House on 16 September, which was publicised on Facebook and filmed for television, Harris pledged her and President Biden's total support for respecting the 'constitutional right' to abortion and women's 'non-negotiable right to decide over their own bodies'. Of course, there is no constitutional right in the founding text of the United States that provides for the right to abortion. But then, on 16 September, the Federalist website published news of a new document leaked by the Biden administration that shows how it is also violating the regulatory process by passing a state budget to support the abortion industry. The Department of Health and Human Services has circulated a draft regulation (which even violates Obamacare) in order to benefit Planned Parenthood and other multinational abortion corporations with public funds.

The document leaked in recent days, dated 10 August 2021 and more than 300 pages long, was sent for final approval to the Office of Management and Budget, which issued its confirmation of receipt on 19 August, i.e. just 50 days after this regulatory change was submitted to the public for their views and opinions. "In their haste to finalize the new funding rules, HHS (Department of Health) and Secretary Xavier Becerra, a well-known supporter of abortionists, are making a mockery of the regulatory process. “Their efforts to minimise public input and provide only cursory review show that the new final regulation is already predetermined”, said Rachel Morrison, a policy analyst at the Ethics & Public Policy Center.

The regulatory change imposed by the Biden administration, in addition to the procedure, is even more disquieting because the Department of Health itself expects it to have an "economic effect of more than $100 million a year". Money that will go to Planned Parenthood and other abortion industries in the United States. A massive return of gratitude that the Biden administration, with citizens' tax dollars, will pour into the coffers of its supporters and campaign donors. It is no coincidence that Planned Parenthood replied on 16 September with an official statement thanking the US Congressional Budget Committee for the speed with which the discussion and approval of investments in sexual and reproductive rights is moving forward. On 17 September, the same Department of Health announced new funding plans for the abortion industry in Texas and obligations for doctors in public and private clinics. "All Americans, wherever they live, are entitled to access to health care, including access to safe and legal abortion", said the department's secretary, Xavier Becerra.

The new directive provides subsidies for clinics, financial resources to protect the work of "health care workers" and greater legal protections for individuals involved in abortion procedures. This is a clear conflict of interest that runs counter not only to public ethics, but also to the transparency of the procedure (Administrative Procedure Act, abbreviated to APA), which in the United States provides for adequate time for the publicity of legislative and regulatory texts and subsequent additions to public comments. Every rule has been overturned, and the grip of Planned Parenthood and the other abortion industries is being imposed on the White House. Pecunia non olet and, one might add, pacta sunt servanda, even if it is the murder of the conceived.