«Hong Kong has been transformed into a police state»

The President of the Federation of Asian Bishops Conferences, cardinal Charles Maung Bo, speaks out following the arrest of cardinal Joseph Zen: «I express my profound concern about the threats to religious freedom in Hong Kong». «For the people of Hong Kong it is now increasingly difficult to speak out freely, so those of us outside Hong Kong who have a voice must use it on their behalf». «I call on Catholics and the wider Christian community around the world to pray for Hong Kong, especially for Cardinal Zen, on 24 May» 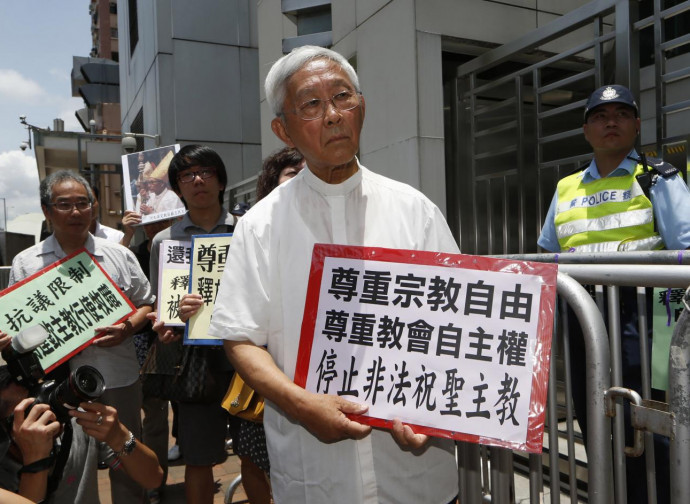 As President of the Federation of Asian Bishops Conferences, and following the arrest on 11 May of my brother Cardinal and fellow Salesian, Cardinal Joseph Zen, I wish to express my profound concern about the situation for human rights and threats to religious freedom in Hong Kong. I call on Catholics and the wider Christian community around the world to pray for Hong Kong, and I urge the international community to continue to monitor the situation and speak out for freedom and justice.

Hong Kong used to be one of Asia’s freest and most open cities. Today, it has been transformed into a police state. Freedom of expression, freedom of the press, freedom of assembly and association, and academic freedom have all been dismantled. There are early signs that freedom of religion or belief, a human right set out in Article 18 of the Universal Declaration of Human Rights and the International Covenant on Civil and Political Rights, to which Hong Kong is a party, is threatened. I am aware of recent propaganda attacks against the Church in pro-Beijing media in Hong Kong, and of growing self-censorship among religious leaders due to the circumstances. To see a city that was a beacon for freedom, including religious freedom, move so radically and swiftly down a much darker and more repressive path is heartbreaking. To see a government in China break its promises made in an international treaty, the Sino-British Joint Declaration, so repeatedly and blatantly, is appalling.

My brother Cardinal, His Eminence Joseph Zen, was arrested and faces charges simply because he served as a trustee of a fund which provided legal aid to activists facing court cases. In any system where the rule of law exists, providing assistance to help people facing prosecution meet their legal fees is a proper and accepted right. How can it be a crime to help accused persons have legal defence and representation? 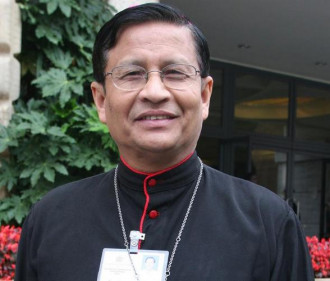 On 24 May the Church celebrates the World Day of Prayer for the Church in China and the Feast of Mary Help of Christians and, for China, Our Mother of Sheshan. Last year I called for this to be turned into a Week of Prayer each year, and I was heartened when a group of lay Catholics around the world took up my invitation and established the Global Week of Prayer for China. This year I urge Christians of all traditions everywhere to pray for Hong Kong especially, and the Church in China, as well as the Uyghurs, Tibetans and others facing persecution in China, during that Week of Prayer, and to pray especially for Cardinal Zen on 24 May itself as we seek the prayers of Mary Help of Christians. Where possible, churches might consider a votive Mass on this day.

For the people of Hong Kong it is now increasingly difficult to speak out freely, so those of us outside Hong Kong who have a voice must use it on their behalf, and devote our prayers and efforts to showing solidarity with and support for them, in the hope that one day their freedoms will be restored.