The Synodal Way has given the green light, with the majority of only one vote, to a further revision of the text "Priestly Existence Today", practically leaving open the debate on the abolition of the priesthood. For Cardinal Cordes this is a confirmation of the "heretical thrust". And a threat of schism that the Pope is called to face. 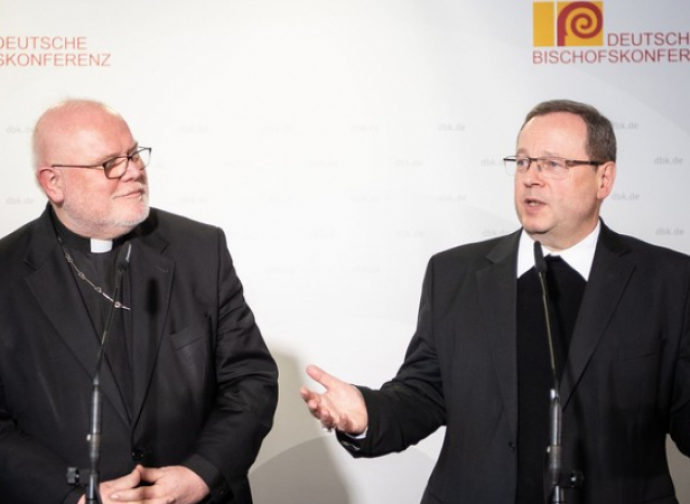 "It is beyond my imagination that demands such as the abolition of celibacy and the ordination of women to the priesthood could end up with a two-thirds majority in the Bishops' Conference, or that they could reach a consensus in the universal Church." The concerns about the German Synodal Way expressed recently by Cardinal Walter Kasper, one of Pope Francis' most respected theologians and certainly not suspected of being a 'conservative', appear more than well-founded.

Last Friday, in fact, with only one vote to spare, the plenary assembly of the Synodale Weg gave the go-ahead to a further revision of the basic text of the forum "The Priestly Existence today", handing over to the working group responsible for the subject the debate on the necessity or otherwise of having priests. In short, the abolition of the priesthood in the Catholic Church remains on the discussion table of this Synodal Way, in clear contradiction with the indication sent two years ago by the Congregation for Bishops, which recalled that the "form of priestly life" was one of those issues that "do not concern the Church in Germany but the universal Church" and therefore "cannot be the object of deliberations or decisions of a particular Church".

Pope Francis, in his famous Letter to the People of God on the Road in Germany, published on 29 June 2019, had stressed that "the present questions, as well as the answers we give, demand, in order for a healthy updating to ensue, a long fermentation of life and the collaboration of an entire people for years". In Frankfurt, on the other hand, a discussion lasting a few hours took place, in which such sensitive issues were deliberated on by a narrow majority, in contravention of one of the most recurrent papal admonitions: "The synod is not a parliament!”

Commenting to The New Daily Compass on the news coming from Germany, German Cardinal Paul Josef Cordes noted that the green light for a working group to investigate the question of whether the Catholic Church still needs consecrated priests "reveals in a very concrete way the heretical thrust of this synodal aberration" and "documents the attempt to leave the universal Church (COMMUNIO)". For the President Emeritus of the Pontifical Council "Cor Unum", with this passage the Synodale Weg "proposes to deny the binding Catholic faith in the meaning and power of the sacrament of holy Orders". "It is good", Cardinal Cordes concluded, "that Pope Francis, with the convocation of the World Synod of Bishops, intercepts and opposes such projects of local division".

On the eve of the Frankfurt meeting, moreover, the Pope came under attack from about fifty delegates who criticised his recent decisions to reject the resignations of the archbishop of Hamburg, Monsignor Stefan Heße, of the auxiliaries of Cologne, Dominikus Schwaderlapp and Ansgar Puff, and to grant only a break to Archbishop Cardinal Rainer Maria Woelki.

The general assembly ended Saturday afternoon in a flop, to the point that the president of the Bishops' Conference, Georg Bätzing, had to anticipate the conclusion because fewer than 150 delegates out of 214 remained, so there was no longer a quorum. Among those absent were Cardinals Woelki and Marx. The latter, moreover, in the previous days had ostentatiously raised a green folder as a sign of approval at the words of a parish assistant in favour of the involvement of homosexual couples as pastoral workers in the churches. This time, however, the cardinal's coup de théâtre was not enough to appease the anger of many delegates for his weak response to the abuse scandal. One priest, Fr Christoph Uttenreuther, criticised him for having "withdrawn" his resignation as archbishop that he had tendered in recent months, precisely because of the abuse scandal: "What kind of resignation was that? Did he want a confirmation of trust or had he really had enough?" the priest from the archdiocese of Bamberg asked rhetorically.

The bureaucratisation of the Synodal Way now seems to be causing disappointment even among those who initially enthusiastically supported this initiative. Last Thursday, at the opening of the plenary assembly in Frankfurt, the bishops' president Georg Batzing responded in a somewhat piqued tone to the handbook of the Synod's General Secretariat: "Holy Father, we are not working on documents, but on hopes that should grow". These hopes, however, are blowing a wind of disobedience towards Rome and may not be enough for those who had exalted the German episcopate for the convocation of the Synodal Way.