Environmentalism and Globalism, the two most dangerous ideologies

Environmentalism is an enormous ideological bubble, globalism is an ethics of humanity with few and generic moral principles for a universal religion without dogmas and doctrines. This alarming project is also being supported by the Catholic Church. The XII Report of the Cardinal Van Thuân Observatory is dedicated to ‘Environmentalism and Globalism’, the two most dangerous ideologies of the moment, which aim to converge on one single world political programme. 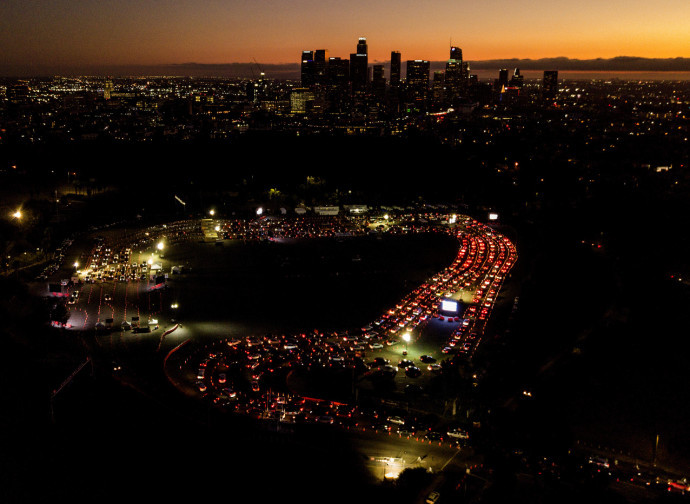 Environmentalism and globalism, according to the XII Report of the Observatory Cardinal Van Thuân just published in italian by Cantagalli (Siena, pgs. 256, Euro 16), are the two most dangerous ideologies at this moment in time, all the more so because they are converging like the claws of a relentless vice and are part of a unique and worldwide political plan. Perhaps never before has a Report been so well-timed, right off the presses to tackle such a current issue of interest when the implementation of this ‘plan’  is in such a worrisome and advanced stage of progress. Everyone sees, but not everyone understands: the Report’s purpose is to furnish proof, inform, and mobilise resistance.

Environmentalism is nowadays an enormous ideological bubble. Incubated for decades, it has now reached a pervasive phase as a programme in its own right. The basic idea is that the environment is sick, and humanity is the main cause for this illness. Even Covid which has nothing to do with the environment, has been singled out as a symptom of the seriousness of the illness afflicting the planet. We are on the verge of a catastrophe.

This is the message arriving not only and not primarily from Greta Thunberg, before whom entire parliamentary assemblies and International organisms have prostrated themselves, but rather from agencies of the United Nations, aligned research centres, major foundations,  the world’s mass media, and the system’s opinion makers. We will be heading towards devastating global warming caused by our emissions of carbon dioxide, we will be literally swept away by climatic catastrophes, and we will have to get used to recurrent pandemics. The non renewable resources will be depleted and it is absolutely necessary to both enhance renewable and sustainable resources, and create a green economy  based on circularity, sustainability, equilibrium with nature, and human relations that are sober and solidarity-oriented.

This new environmental order, however, immediately becomes political. Everyone has to collaborate all together, as Covid should have taught us, and overcome the barriers of identities, our closures and walls. It is necessary to forge a global and open society endowed with a worldwide governance – when even a government – able to deal with the equally global threats to the environment and hence solidarity-based cohabitation among people. Political globalism, however, would be impossible without a global society culturally standardised in an ethics of humankind with only a few generic and vaguely humanistic moral principles, and a universal religion without well defined dogmas and doctrines.
Natural ethics and Catholic doctrine are to be simplified through universalised inter-religious dialogue with a view to a multi-ethical and multi-religious society brought about also through immigration phenomena. Thereby, environmentalism and globalism are linked together in a single and universal political project. The forces pursuing the said project are at work, and its implementation has reached an advanced stage.

This rather alarming project is now being supported also by the Catholic Church which is resolutely oriented along the same pathway as the United Nations and the economic, social and political forces embracing the cult of the environment, placing false hopes in utopian-like solutions to economic divides and inequalities, proposing a rather flat universal  brotherhood, and focusing on a worldwide, collectivistic and standardising educational programme.

Arriving right on time, therefore, is the Report I am talking about, this Report that addresses the theses I have outlined in summary form and takes them apart one by one: the overall framework collapses, the data are deformed in an instrumental fashion, and the reality is mystified.  The Report is a true handbook of counter-information contrasting the new regime people would seek to impose. Seven reliably authoritative essays and fifteen updated reports from the various parts of the planet dismantle the fairy tale people are telling us and bring us back to reality. The way things stand have nothing to do with their current narration.

Riccardo Cascioli explains that the current emphasis on “sustainability”, the spearhead of dominant environmentalism, is of eugenic origin since it considers mankind to be the predator of nature in a state of equilibrium, and hence human presence has to be reduced. Luis Carlos Molion illustrates how global warming is in no way produced by humanity, thereby, on the basis of data, deflating a gigantic tall tale that has made its way into collective wisdom through an endeavour of systematic disinformation that could only have been planned.

Gianfranco Battisti demonstrates that the thesis about the depletion of oil resources is absolutely untenable, and this for one reason in particular: no one has an idea of the exact data because estimates are vitiated from the very outset by the biased interests of the oil multinationals. Domenico Airoma and Antonio Casciano reproach the European Union’s green programme that would aim to eliminate the amount of green house gas emitted in the atmosphere by 2050. According to our authors, this programme would have “a lot of ideology, too much regulatory centrism, and very little science”. Rev. Mauro Gagliardi offers a correct reconstruction of the Catholic vision of creation and purges it of the ideological overlapping serving the purposes of the new environmentalism.

Mario Giaccio opens a door people want to keep hermetically closed, and this door opens the way to speculative financial operations in the trading of gas emission quotas among European countries: the green economy cannot boast about any virginity since it is based on financial speculation just as much as the economy it would like to defeat. Finally, Gaetano Quagliariello, following an explicitly political line of reasoning, tells us why and how the environmentalist emergency is the way towards a new world order, and what that order holds in store (unfortunately).

Considering the pressing system of disinformation that makes us see what doesn’t exist and hope for what is not worthwhile, the breath of fresh air provided by this XII Report of the Observatory Cardinal Van Thuân is exactly what we need.

[To purchase a copy of the Report and receive it at home, write to info@vanthuanobservatory.org]