Sales of the drug have boomed in Ireland, Spain and the UK, where more than 10% of the population reported having used it in recent months. There are signs of growth in countries where it was previously uncommon. Some said they tripled their consumption during the closures. But the EU is turning a blind eye. 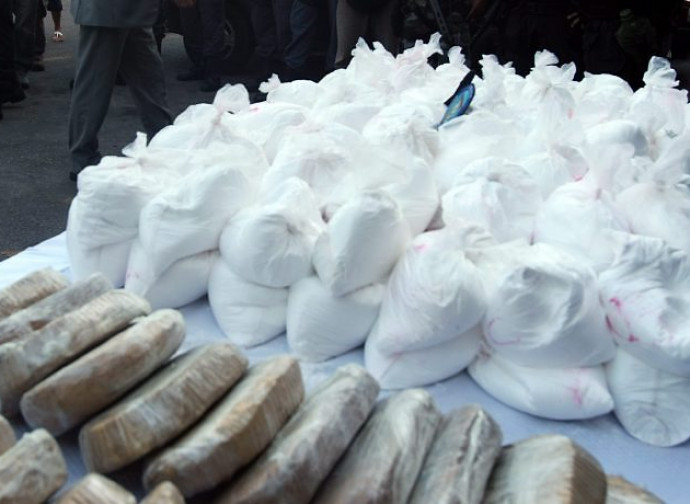 In the last five years, trade and use of cocaine have grown to record levels. A boom in consumption during the pandemic and the restrictions in Europe is almost certain.

The effects will be devastating for entire generations. Europe is underestimating this cocaine pandemic, against which the only vaccine is to increase controls, coordination and policing. “Between 2019 and early 2020, the flow of drugs entering or passing through Europe was thought to be between 500 and 800 tonnes. We base these numbers on the tonnes seized in that period, which represented about 10-20% of the total”, a senior European police officer and cocaine expert told the expert group that produced the Report ‘Cocaine to Europe: An Underestimated Threat’ in recent weeks.

Drug traffickers, through their own routes and veritable free ports, mainly in the Netherlands, flood the continent, reaching as far as Russia and Asia. The United States remains the natural market for Mexican cartels, while Colombian groups are increasingly focusing on Europe, which is a very promising market. “A kilo of cocaine in the US is worth up to $28,000 wholesale. The same kilo is worth on average about $40,000 and up to almost $80,000” in many European countries. But there is another significant difference: while the US has for decades been fighting cocaine production and traffickers with its own specialised police (DEA), Army, Border Patrol (ICE) and various collaborations with Central American police and governments, Europe “has only a handful of police officers or liaison officers sent to Latin America and scarce naval resources in the Caribbean”.

Europe is busy fighting the COVID-19 pandemic, the economic crisis, Islamic terrorism, climate change... and the systematic threat of the cocaine trade is not a priority. Yet news of cocaine taxis and home deliveries of small or large quantities bounce around the national newspapers of many of Europe’s capitals, from Milan to London and Berlin, almost daily. Cocaine sales, during this year of Covid-19, have boomed in Ireland, Spain and the United Kingdom, where more than 10% of the entire population reported having used the white powder in the last year.

Already last year, the Report by the European Monitoring Centre for Drugs and Drug Addiction highlighted the danger of the significant growth of the cocaine market in Europe:

“The number and quantity of cocaine seizures are now the highest ever reported, with over 181 tonnes of the drug seized in 2018. Belgium, Spain and the Netherlands are key countries for the interception of large quantities. Indicators point to high availability of cocaine on the European market and signs of growth in countries where it was previously uncommon. Crack cocaine use, while still uncommon, is now reported by more countries. The purity of cocaine at retail level has increased almost every year since 2009, and in 2018 it reached the highest level in the last decade… cocaine is now playing a more important role in the European drug problem”.

Cocaine residues are now steadily found in the sewers of capital cities across Europe and, in the last three years alone, 72% of all detoxification treatments have been for users of the white powder. The journalistic investigation in recent days by Deutsche Welle, in which some regulars reported tripling their consumption of white powder since the start of the pandemic and during lockdown periods, has reignited the debate on how to combat this pandemic and whether it is (or is not) a priority for individual states and Europe as a whole.

The record flow of drugs is generating billions of euros for European criminal networks and has become a mainstay of old and new mafia groups. Jeremy McDermott, director of the organisation InSight Crime, which has published a topical survey of cocaine routes in Europe, believes that the European market for the white powder will continue to grow. Containers departing from Colombia or Brazil dock in Europe, mainly at the ports of Rotterdam and Antwerp, and from there, after splitting and ‘cutting’ the loads, they invade the rest of the continent.

At least 18 million Europeans had used cocaine at least once in their lifetime in 2019 (data from the European Monitoring Centre for Drugs and Drug Addiction), but the numbers of regular users (4 million in 2019) could have multiplied at least three to four times by 2020, partly due to measures taken during the Covid epidemic.

The use of white powder will not only strengthen organised crime, it will lead to the growth of extreme forms of violence, in addition to the irreparable damage to the millions of users: blood vessels, internal organs, psychological addictions and mental illness. We do not need to wait for a vaccine to combat the cocaine plague; all we need to do is strengthen European investigation agencies, coordination between states and controls at ports and airports, including those in the highly respectable Netherlands. Brussels should give a signal before it is too late.