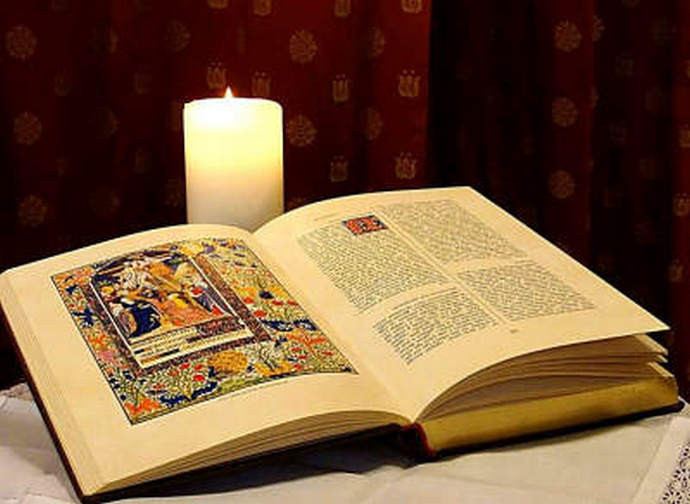 Then they told what had happened on the road, and how he was known to them in the breaking of the bread. As they were talking about these things, Jesus himself stood among them, and said to them, “Peace to you!” But they were startled and frightened and thought they saw a spirit. And he said to them, “Why are you troubled, and why do doubts arise in your hearts? See my hands and my feet, that it is I myself. Touch me, and see. For a spirit does not have flesh and bones as you see that I have.” And when he had said this, he showed them his hands and his feet. And while they still disbelieved for joy and were marvelling, he said to them, “Have you anything here to eat?” They gave him a piece of broiled fish, and he took it and ate before them. Then he said to them, “These are my words that I spoke to you while I was still with you, that everything written about me in the Law of Moses and the Prophets and the Psalms must be fulfilled.” Then he opened their minds to understand the Scriptures, and said to them, “Thus it is written, that the Christ should suffer and on the third day rise from the dead, and that repentance for the forgiveness of sins should be proclaimed in his name to all nations, beginning from Jerusalem. You are witnesses of these things. (Luke 24: 35-48)

The same men who fearfully abandoned Jesus during His Passion, from this moment on and, above all, from Pentecost, become courageous witnesses: they will give glory to their Lord even when it means martyrdom. Therefore, as with the disciples of Emmaus, Jesus reminds the apostles and disciples of the passages of Scripture that referred to Him to reconfirm their faith in his resurrection. Let us ask the Lord to reconfirm our faith in us as well, so that we may be courageous witnesses in our own time which has fallen so far away following God's Will.