Coronavirus: billions of people will go back to poverty

At least one thing is certain in the world economy and is evident now that the peak of the coronavirus pandemic has been reached: 22 years of rapidly growing global economic prosperity have been wiped out in just two months. Does it mean this is the end of the free market, theorized by Adam Smith since 1776? Will it be the start of a New Chinese Order? 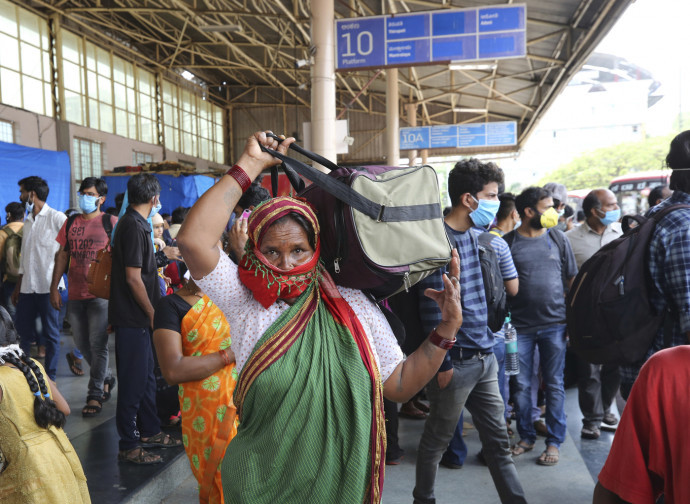 One brute fact about the world’s economy is clear at the peak of the coronavirus pandemic: 22 years of rapidly advancing global economic prosperity have been wiped clean – a tabula rasa economica –  over the span of two months. Nations, rich and poor alike, are losing trillions upon trillions of dollars in international and domestic trade.

Developing economies, especially, have been delivered the heaviest body blows. Many of them, indeed, are down for the count amid ongoing COVID business closures. Soon their economies will be lost to a technical knockout, and they will be ousted from the ring of international economic cooperation.

We are all perfectly aware of the big economic bubbles that were followed by big economic troubles. Today’s coronavirus market meltdown is not the first economic tragedy we have experienced in our lifetimes, though it is well on its way to cause the largest damage worldwide since the 2008-2009 Great Recession.

The year 2020 was set to become the best year in recent memory with the Dow Jones Industrial Average breaking records during a decade of Bull Runs. It was if Paul VI’s Popolorum Progressio was no longer just a 1967 encyclical: it had become a concrete reality. Sustained economic progress, indeed, had been taking place among peoples who were  once predicted to starve to death by en vogue Malthusian population-control pessimists in the 1970s.

Despite the peaks and valleys, combined GDPs worldwide had been on a steady rise since 1998: the IT boom, creative destruction of industries, third world debt cancellation, and expanded international trade set a remarkable pace for more prosperous economies to spring up around the world. Some of the greatest benefits were seen in developing markets in South Asia (India), the Middle East (United Emirates, Qatar, Kuwait), large swaths of Africa (ECOWAS nations) and Latin America (Brazil, Mexico, Chile), even though they still battle with everyday poverty.

A journalist sadly gets it right

This is what Maria Abi-Habib sadly noted in her recent article “Millions Had Risen Out of Poverty. Coronavirus Is Pulling Them Back.” She was absolutely correct, though her headline could soon be updated to “billions”, as extended COVID lockdowns are sending 100s of millions more back to their economic development starting blocks.

Abi-Habib, an economics-beat writer based in New Delhi, revealed the desperation of low-wage earners who had once rapidly climbed to unprecedented levels of well-being in developing economies. Suddenly they have sunk to an all-time low. All that pain and sacrifice for naught. Since early March, it appears that the $2.16 per day extreme poverty line might now well be redefined by a new perfectly round number: $0.

The World Bank  estimates that in 2020 another 40-60 million persons will be thrown back into extreme poverty. This is absolute regress, not progress after dramatic drops in abject poverty: from 1.9 billion in 1990 to roughly 550 million in 2019. It was projected to drop even further to 436 million by 2030, according to the Brookings Institute. This meant 70% less were living in extreme poverty compared to 3 decades ago. Pope Paul VI would have been pleased to see.

Perhaps, cynically speaking, the global trade disaster might have been hoped for by China, a nation ambitious to replace the U.S. as the world’s undisputed economic superpower. This might be so, as some are saying, if China’s “Belt and Road Initiative” is part of a subversive Chinese Economic Order, a tyrannical “CEO” in charge of expanding globalization in Beijing’s total favor.

China’s Belt and Road Initiative essentially provides loans and Chinese manpower to nations who need assistance filling their commercial “infrastructure gaps” (ports, railways, roads, hi-speed telephony, etc.). These ameliorations are joint ventures with a view to facilitate Chinese exports throughout the world. Think of it as an improved “Smooth as Silk Road” with flexible trade routes connecting Asia, Oceania, Africa, the Middle East and Europe back to the P.R.C.

Since the pandemic has caused domino-like bankruptcies, China can now exploit several nations who cannot repay their infrastructure loans to Beijing. As a result, these properties will be seized, like mortgage defaults, by merciless Chinese government-backed banks. For all intents and purposes, the projects will become “made in China” – just like what happened to an important sea port in Sri Lanka.

Adam Smith is surely rolling over in his grave. For the Scottish Enlightenment free market visionary and author of the 1776 An Inquiry into the Nature and Causes of the Wealth of Nations, today’s global economic crash-and-burn means 244 years of gradual up-tick toward real global economic progress is heading straight down the tubes.

Has Smith’s paradigm based on “free international cooperation” and the “diversification of labor” come to a tragic end? Has it shifted, like philosopher Thomas Kuhn said eventually happens to paradigms, toward something else more globally accepted?

It is predictable that the Chinese Economic Order, even if it does temporarily proceed with its global Belt and Road Initiative, will ultimately fall on the weight of its deceit throughout the current pandemic. Beginning in angry American and European states like Missouri and Germany asking for COVID damage reparations, an international chain allergic reaction to China is spreading fast. It will not only destroy trust in geopolitical relations, but it will boomerang back to Beijing in terms of diminished Chinese wealth.

The new economic paradigm may shift from the Smithian global free trade, but it surely will not go toward the corrupt Chinese Economic Order. If it does shift, it will be something closer to “trusted interregional” trade.

True enough, the U.S. is leading the way to rethink its Chinese partnerships. At the start of the Trump presidency, the U.S. was already determined to “pull out of China” and other offshore production to bring American manufacturing “back home.” The COVID crisis has only accentuated these convictions and momentum.

The world economy, going forward in a post-COVID world, is looking to guarantee both health and wealth security for individual autonomous nations. This makes for an anti-Smithian shift toward increased national domestic production that intends to “take care of itself” without reliance on trade with far off “non-trusted” nations.

This would spell an about face for the very transnational partnerships that brought the “grand diffusion of wealth” that Smith had envisaged in 1776 but is now being dismantled by the “grand confusion of health” in 2020. Sovereign nations would prefer self-protection to abundant wealth, if it means stopping another pandemic nightmare from traveling on unchecked routes of globalized free trade.

Conclusion: free trade will be back

Adam Smith was not just a visionary for global wealth creation. At his core, he was Christian. While no utopian, Smith, like Paul VI, dreamed of the progress of peoples and prosperity for all of humanity. Both believed that nations could put aside race, political conflict, even religious and cultural differences in order to focus on peaceful economic development. They were called to progress in health and wealth. To regress was to deny God’s Providence for man.

What we learn from economic-progress-through-free-trade dreamers is that they believe all human persons can go into protective isolation for a time. But only temporarily. This is because man is ultimately social, even in business, and because any self-referential closure eventually leads to conflict and ever more acute poverty. This we have seen already tragically occur over the past 2 months in the richest and the poorest nations, alike. No country is immune from the disease of economic isolation. This is not the progress of the peoples, but the regress of nations. It must and will be reversed, before it is too late.