In a landmark ruling, the Paris Administrative Court has condemned the French state for ecological and environmental damage, as it is not meeting its commitments to cut carbon dioxide emissions. A fundamental step in the process of imposing a new ecological dictatorship. 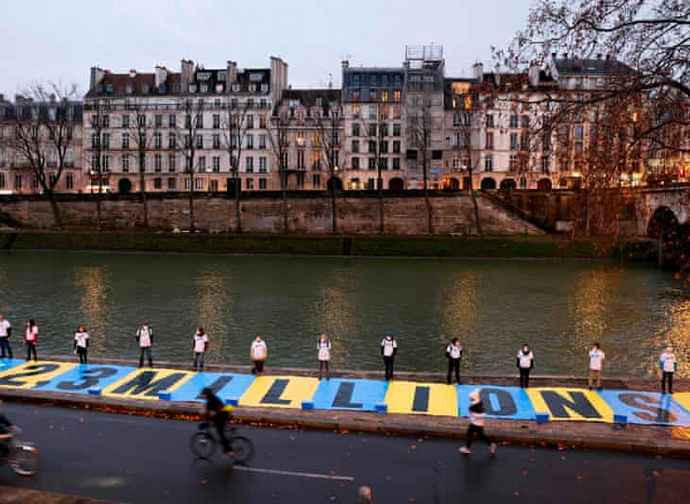 In France it all started with an online petition signed in 2018 by 2.3 million people, which then resulted in a complaint filed in March 2019 by four non-governmental organisations - Oxfam, Greenpeace, Notre Affaire à Tous, and the Nicolas Hulot Foundation - accusing the French government of not respecting the commitments made in the Paris Agreements.

As you will recall, the Paris Agreement, signed in 2015 with the aim of keeping the earth's temperature rise below 2°C by 2100, commits states to presenting a voluntary plan to reduce carbon dioxide emissions, to be updated every five years. France has committed to reducing its emissions by 40% by 2030 and achieving carbon neutrality by 2050. To achieve this, it would have to reduce emissions by 1.5% by 2025 and 3.2% thereafter. But in 2018/2019, emissions were only reduced by 0.9%. Hence the outcry from the NGOs, which accuse the government of neglecting the fight against climate change and of moving too slowly in renovating homes in terms of energy efficiency and in the transition to renewable energy.

The judgement of the Paris Administrative Court of 3 February agrees with the NGOs and condemns the French State for moral and ecological damages. For the ecological damage, the Court rejected the claim for financial compensation in favour of the four NGOs as representatives of the community; instead it demanded that the French State, which has two months to respond, pay ‘in kind’ by taking immediate action to achieve the objectives set. As for moral damages, the Court awarded a symbolic payment of 1 euro to the four NGOs because the State's failure to combat climate change was “detrimental to the collective interest”.

The environmental associations are certainly right to crow about a ruling that goes in the direction of so-called ‘climate justice’ and promises to set an example throughout the West. This is an important step towards the affirmation of the ecological dictatorship, which demands to dictate objectives and behaviour on the basis of pseudo-scientific assertions, bending the rule of law to ideological requirements.

The Paris Agreements are not a treaty and therefore the legal constraint is limited to the need to make commitments, while their content is open. Moreover, even in the case of treaties, it is primarily supranational bodies that verify whether or not what has been signed has been complied with, and that impose any sanctions. Here, on the other hand, we see the intervention of a national court arrogating to itself a matter about which its competence is highly debatable. It is a bit like a consumer association in a European country suing its own state for not respecting the parameters of the Stability and Growth Pact.

But ‘climate justice’ is in a hurry, there is an emergency to deal with (does that ring a bell?) and one cannot afford to pussyfoot around. The new People's Courts – in the form of environmental NGOs – will identify and punish the culprits. We are facing a dangerous drift that joins the front of LGBT ideology imposition, the newly acquired health dictatorship, and more generally political correctness.

And the major concern is the certainty that sooner or later someone will stand up and say that this ‘climate justice’ is also part of the Social Doctrine of the Church.