“Then Pilate said to him: So you are king? Jesus answered: You say it. I am king” (Jn 18:37). The answer Our Lord gave Pilate resonates today on the solemnity of Christ, King of the Universe, introduced by Pius XI with the encyclical Quas Primas of 11 December 1925 to recall the kingship of God the Son over history and to remedy an evil that was already afflicting society at that time: secularism. 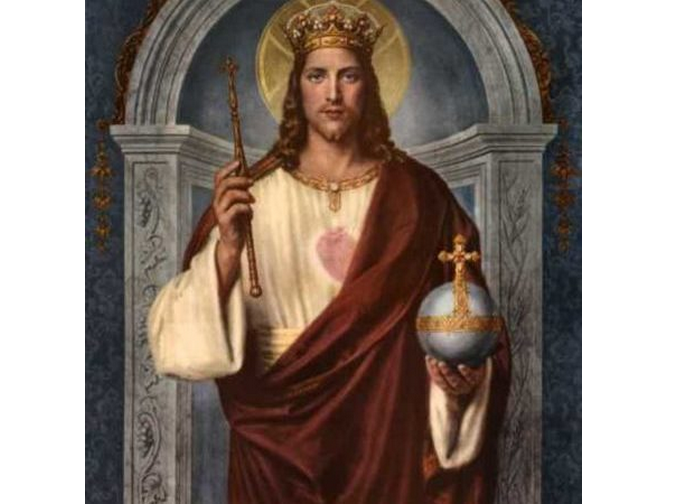 “Then Pilate said to him: So you are king? Jesus answered: You say it. I am king” (Jn 18:37). The answer Our Lord gave Pilate resonates today on the solemnity of Christ, King of the Universe, introduced by Pius XI with the encyclical Quas Primas of 11 December 1925 to recall the kingship of God the Son over history and to remedy an evil that was already afflicting society at that time: secularism. “Now, if we command that Christ the King be venerated by all the Catholics of the world, with this we will provide for the needs of the present times, bringing a very effective remedy to the plague that pervades human society”, wrote Pope Ratti, going on to explain: “The plague of our age is the so-called secularism, with its errors and its impious incentives”.

It was the era that saw the rise of atheistic totalitarianism (communism) and neo-paganism (Nazism), jointly responsible for over one hundred million deaths and aimed at eliminating Christianity. In Mexico, at the same historical juncture, the tragedy of the Cristeros persecuted by the Masonic government was consummated.

The expulsion of God from the public sphere had gradually come about in the wake of the Enlightenment, which inspired the French Revolution and other ideologies (which today, perhaps mutated, continue to proliferate). Their common element was the claim to be able to manage without Christ. Aware of the roots of secularism, Pius XI recalled lucidly that “this godlessness did not develop in a single day but had long been festering in the depths of society. In fact, Christ's empire over all peoples was denied; the Church was denied the right - which flows from Jesus Christ's right - to teach, that is, to make laws, to govern peoples in order to lead them to eternal happiness. And gradually the Christian religion was equated to the false religions [...]; then it was submitted to civil power and was left almost to the arbitrary power of princes and magistrates”.

The solemnity of Christ the King is celebrated on the last Sunday of the liturgical year in the ordinary form of the Roman Rite. Its institution had already received a great impulse in 1899, when Leo XIII, with his encyclical Annum Sacrum, established the consecration of humanity to the Sacred Heart of Jesus, and a petition was presented by 49 bishops to establish a liturgical feast. As proof of how urgently the people of God felt the need to honour the kingship of Christ, a second petition was presented to Pius XI at the beginning of his pontificate. The third and final petition was signed by 340 cardinals, bishops and superiors general, supported by 200 congregations and religious orders, 12 Catholic universities and hundreds of thousands of faithful throughout the world.

It was a people aware that only by recognising the royal rights of Christ, the beginning and ultimate end of all things, that not only the human heart but the whole of society can be enlightened. Society is called to obey first of all the law of its Creator if it wants justice and true peace to reign within it. The loss of the principle of authority, explained Pius XI, stems precisely from having removed the Redeemer “from laws and society [...]. From this derived a general disturbance of society”. On the one hand, the Pontiff remarked that we are waiting for the Kingdom of Heaven, where men will enter who will do God's will in penance and acceptance of the cross (“This Kingdom is opposed only to the kingdom of Satan”). On the other hand, he stated that “it would be gravely mistaken to deprive Christ Man of power over all temporal things” and warned the nations of their duty to worship Christ publicly, because “He alone is the author of prosperity and true happiness both for individuals and for states”.