Between virus and war, God takes us to the secret place of conversion

Lent begins and the proclamation of the Gospel takes us from where we are, to lead us to a secret place where we can know the secret of the Father, the place of prayer and fasting to which we are called to present the bulwark of faith against the brute violence of war. Many are afraid of dying, as with the virus, and so they run away, far away, like the prodigal son. Thus, in an instant, it is no longer the virus, but the brother who has become the enemy to fight, the brother who did not think and act like us. Without God, man is always at war with a scapegoat on whom to pour out his frustration, pain and anger at the failure generated by sin, since a divorce is consummated because of the same sin that instigates a war. 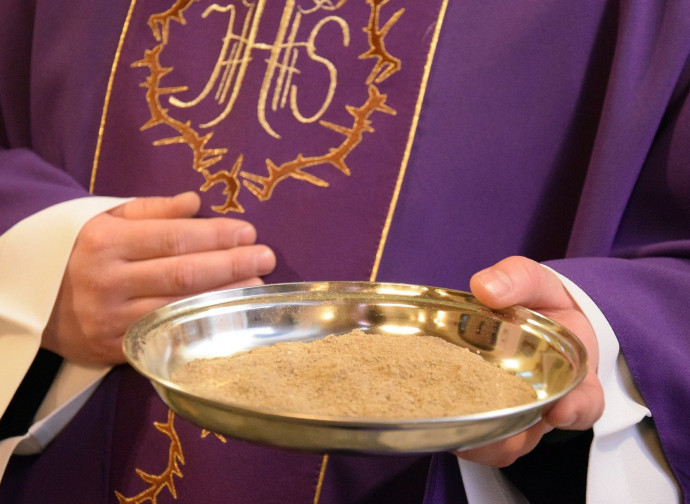 Silence, it is Lent. It is time to close the door of the heart to meet our Father. We live like orphans, who do everything to fill the emptiness that stupefies and robs joy and peace. How many orphans are scattered around the world, we see it in these days of war as we saw it in the years of the pandemic. We too are in it, we who have no secret place where we are children of the Father. Too often our lives have no secrets while everything is tragically public; always connected to the world, drawing from the outside, from possessing things and people to satisfy our covetousness, the meaning that gives value, by doing, to our being. But Lent arrives as a haven of mercy, free and unconditional love prepared by the Father for his lost children. Lent is good news: there is hope. There is conversion, the Teshuvà a pious Israelite would say, the return, on the way to which one must take off the mask and put on the sackcloth of the humble recognition of one's sins.

Conversion is the prodigal son, the pang that strikes his chest, the clear perception of having thrown away his life and of being a wreck on the rocks; the harsh experience of solitude, a foretaste of hell which is the eternal absence of God. Many experienced this in the days of Covid, and many are still experiencing it today, in the harsh consequences of a time lived poorly for many reasons. And then this war, which encroaches on our time and space. Many are afraid of dying, as with the virus, and so they run away, far away, like the prodigal son. We look for an emergency exit, and to defend the shred of life we have left, we bludgeon those around us who do not think like us. We are divided over analyses, reasons and solutions, without realising that the ideological sirens are seducing us by appearing to us as a comfortable zone where our ego seems to be safe. But it is the false security offered by arrogance, which then becomes selfishness, grudges, hatred, violence. And wars. Because in Ukraine, as in a thousand other parts of the world, the wars that are being waged are identical to those which we too have long since fought. With our wife or our husband, with our children or our parents, with our colleague, our friend, our brother.

It is not by chance and not without malice that the official narrative has presented the fight against Covid, in terms and images, as a war. In fact, without God, man is always at war with a scapegoat on whom to pour out his frustration, pain and anger at the failure generated instead by sin. Thus, in an instant, no longer the virus, but the brother has become the enemy to be fought. The brother who did not think and act like us, the upright holders of the purest truth and morality. Just as happens in war. Every dictatorship and every ideology is born in a heart poisoned by hubris, the original sin of man who has broken his original bond of life and truth with God. It is from a heart attached to itself and to money, power and prestige, that every kind of evil springs. Declarations, invasions, resistance, bombs, and blood that we see flowing before us today are, on a grand scale, the rancid ingredients of our days at war with the world. A divorce is consummated because of the same sin that ignites a war, because Putin and Zalenski are you and me. Lucid, non-ideological analyses that focus on responsibility are certainly important, but they do not change the course of events. Unless the contenders realise that they have sinned, and accept that they are wrong. And therefore lay down their arms. In other words, they convert.

As happened, by Grace, to the prodigal son visited by the mysterious Presence of the Father who never abandoned him, respectful of his freedom and hidden in the depths of his soul. At the end of his descent into the abyss, he comes to his senses. He re-enters "the secret place", the most intimate room, and meets the gaze of the only one who sees into the secret of his soul, who has never ceased to consider him his son, despite what he has done, whatever that may be. The son rediscovers the truth that is hidden behind appearances, the place, the only one, where it is founded and from where his person and his life spring forth and take the beautiful and good shape in the image and likeness of the Father. The son comes to his senses and understands that he had lost his foundation, his Father: "I will get up and go back to my Father".

Lent begins and the proclamation of the Gospel takes us from where we are, to lead us to a secret place where we can know the secret of the Father, where we can believe in his love and be converted. The place of prayer and fasting to which the Pope has called us in order to present to the brute violence of war the bulwark of faith, the only one on which it can break and dissolve. To pray and then fast and give alms requires faith, like that of the prodigal son who came to his senses. For while it is true that in the place where we bend our knees to pray we recognise that we are sinners and beggars for the life and love we have lost, it is also true that we can turn to God because we do not doubt his mercy. The prodigal son was able to return home because deep in his heart he saw again the sweetness, beauty and joy of his home. The hunger, the pain, the frustration at failure, and the homesickness were melded into a powerful memory of the only truth that saves: the certainty of his Father's incorruptible love.

Only this memory can raise us from the grave to walk the new path of humble conversion that rejects sin. After all, wars, the triumph of hubris, after escalations of violence and innocent blood, come to the epilogue of defeat because no one wants to humble themselves. That is why the only antidote to war, the only reasonable and fruitful solution of peace, is the conversion that appears in the prodigal son. Because only humility is able to overcome hubris. Against a humble man the devil can do nothing.

The Pope's invitation to pray and fast for Peace is thus a call to conversion from the Lord himself. To walk like the prodigal son, descending the steps of humility, stripping ourselves of our false security with fasting, to offer our thoughts and words to God in prayer. This Lenten path of conversion of the whole Church is, considering also the inconsistency of all hypocritical pacifism of the powerful, the only possibility for Peace. The Church is, once again, called to lead this generation annihilated by ideological lies, to open with Christ a paschal path to offer to every man. A passage from the Egypt of the slavery of sin and bombs, to the Promised Land of true freedom, to the Father's house where the love of the Son and his disciples reigns to the end. The journey through the Lenten desert where we pray, fast, and give alms, to reach the Upper Room where the risen Christ, victorious over sin and death, will announce to us full of joy: "Peace be with you!".

Fasting, almsgiving and prayer are signs of our reality, which is above all an absence, and therefore an irrepressible need. Fasting to remind us of our never-satisfied hunger for God; almsgiving to remind us of our begging to idols for meaning and substance in life; prayer to remind us of the loneliness of orphans. That is why we are given the weapons of children: fasting to fight against the flesh and unhealthy affections; almsgiving to fight against dumb idols; prayer to enter, as children, into the intention that God prepares for us. The Father is at the window, quivering in expectation of rushing around us to embrace us in reconciliation with Him, the source of true and lasting peace, because it is steeped in forgiveness, the only instrument capable of destroying the barriers of hatred and pride.