China is way ahead of the game:  it is the first major emerging power to introduce a vaccine passport. Though not the first ever of its kind, China is advocating a system of standard recognition around the world. What is the flip side? It’s yet another means of totalitarian control. 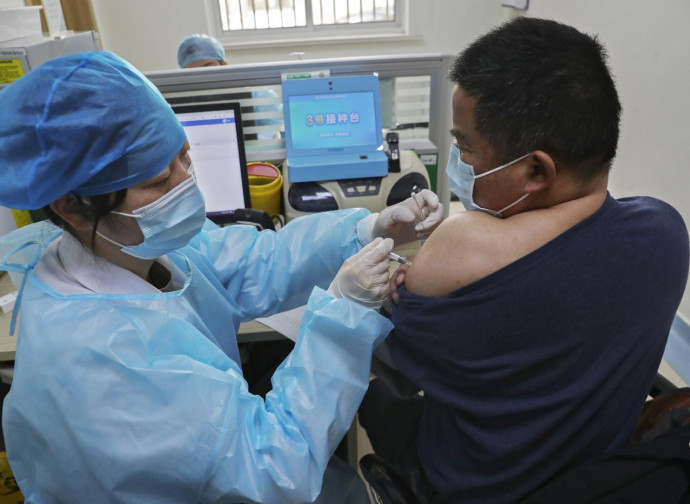 China is ahead of its time in being the first major emerging power to introduce a vaccination passport which is both paper and electronic for its citizens. Although this is not the first of its kind (Iceland and Poland have already adopted similar measures), China is aiming at creating a global system of mutual recognition. From now on, according to Beijing's intentions, people will only be able to travel internationally with their vaccination passports. Designed to "liberate" travel, such documentation however, may become a coercive device used against those who do not yet or cannot have vaccination  passports. But it seems that this latter issue is really the least of everyone’s concerns, judging by some reactions and comments.

The Chinese vaccination passport is a not (yet) a compulsory, all-in-one document. In addition to containing essential data (how many vaccine doses the passport holder has had), the travel document also contains a small medical record with the results of Covid-19 tests. It can be downloaded anywhere, including on one's mobile phone and through WeChat, China's most popular social messaging network. Wang Yi, Beijing's Foreign Minister, proposes that the system be universalised and as quickly as possible. At a press conference held during the National People's Congress, Yi said he would push for these passports to be adopted by other countries and to be mutually recognised among governments, so that people can cross international borders safely.

A primary aim of this initiative is to reopen China's borders and boost trade. Indeed, borders are currently guarded tightly. No one who has travelled from another country at risk may enter China and all travellers are subject to quarantine upon entry. The medium-to-long-term goal, however, has to do with China’s overall vaccine strategy. In Latin America, two thirds of vaccines used are produced in China. In Africa, 35 countries have imported Chinese-made drugs. Beijing has also donated millions of doses to 69 governments, while offering to set up vaccination centres abroad, mainly for its own emigrants. In a regime for which everything is politics, this wide-spread distribution of Chinese vaccines is certainly not "free": it will have payoffs in diplomatic and political terms. Hence, vaccines are yet another way of extending Beijing's sphere of influence. The same applies to vaccination passports, which Beijing was the first to introduce and which will have the effect of certifying movement from one country to another, while determining who can and cannot travel.

Regarding implementing a standardisation system for vaccination passports, the time necessary might be far less than expected. As mentioned above, Iceland has already introduced them for its (few) inhabitants. But Iceland did not make the headlines precisely because of its very small population. In the EU, Poland was the first to introduce electronic passport as part of its vaccination plan. Denmark and Sweden have announced that they will follow suit by issuing documents that will allow not only its residents to travel but also gain access to public places without further restrictions. As we have already noted, EU Commission President Ursula von der Leyen has proposed introducing a standardised "green pass" in all member states.  Such a pass will used to validate internal and external travel within the European Union. In the Anglosphere, while there is resistance to such means in the United Kingdom, in Biden's America the project of introducing a Chinese-style passport is making rapid progress. The United Nations' World Tourism Organization is also pushing for the standardisation of all such electronic documents.

So the idea is not just a Chinese one, though the People's Republic certainly has an edge on other nations. This is not because of its population size, but rather because of the rigidity and pervasiveness of its monetarisation. The document that is currently being downloaded by the Chinese, permitting them to travel abroad if they are vaccinated and immunised, is only the latest link in a long chain of controls. Already in the spring of 2020, the Chinese were compulsorily provided with QR codes linking to information on their health status. If they tested negative and were not suspicious (i.e. had no prior contact with contagious or presumed contagious people, nor had travelled in infected areas), the code would give them a “green light.” Otherwise, access to anything would be cut off, even to public transportation. This system, in turn, is integrated with the previously implemented "social credit system" which evaluates (by adding or subtracting points) the behaviour of  all Chinese citizens.  Social credit scores translate into what the citizens can continue doing or not do in life. Meanwhile, all Chinese are monitored by hundreds of millions of surveillance cameras, many of which are equipped with facial recognition software.

China is already a country where every citizen is "observed." Vaccination passports are just one more control added to the list. Prior systems allowed the Chinese government to completely isolate any political suspects and destroy their lives by not allowing them to leave their homes or use their own money. In a regime like that of the Chinese Communist Party, as has often happened to persecuted dissidents and minorities, health can be a mere pretext for abuse of power. For "health reasons", any dissident, Christian, Uighur or Tibetan can be "ghettoed" and imprisoned without any legal recourse.

This is the flip side of the coin that Western nations have given too little consideration. Countries like China (certainly not the world's only dictatorship) can use them to confine dissidents, opponents or anyone it deems suspicious. But even in free countries, the line between security and control is now increasingly blurred. In times when ecologism is the only ideological glue holding European democracies together, other Chinese ideas such as "social ecological credits" might be introduced. What's more, methods promoting “green behaviour” have been talked about in the EU for at least 10 years. They would measure the degrees of compliance with ecologically correct behaviour, not according to the Chinese Communist Party, but they would be essentially the same thing. Especially since Covid-19 is seen as a consequence of climate change, a "score cards" for EU citizen's ecological behaviour may very soon be installed alongside vaccine passports. All this is mere conjecture, nevertheless we do not realise just how much freedom we stand to lose should it become a reality.