And in Slovakia the Pope rehabilitates “gay” bishop

Pope Francis' visit to Slovakia ended with the rehabilitation in public opinion of the former bishop of Trnava, Robert Bezák, who was deposed by Benedict XVI in 2012 and also accused of having created a network of homosexual priests. Embarrassment at the Bishops' Conference. 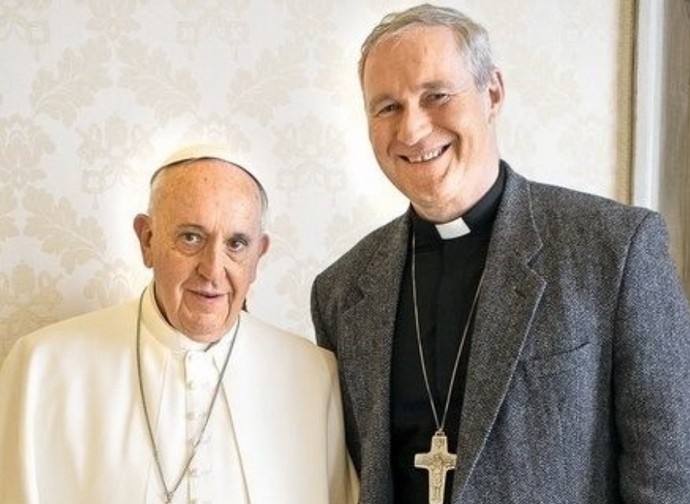 From a canonical and ecclesiastical point of view, one cannot speak of a true rehabilitation, but from the point of view of public opinion and general perception, the rehabilitation is as full as it is disconcerting. We are talking about the “gay” Slovakian bishop Robert Bezák, deposed in 2012 by Pope Benedict XVI and now effectively put back in the saddle by Pope Francis during the pastoral visit just completed in Slovakia. So much so that yesterday morning, as the apostolic nunciature informed the Slovak episcopate, he was among the bishops concelebrating at the Pope's final mass on Slovak soil.

Undoubtedly, the photo of the meeting at the nunciature on Monday between the Pope, Bezák and his family is destined to have a much greater impact in Slovakia than all the official meetings of recent days, which, moreover, have seen a much lower presence of the faithful than expected.

Monsignor Bezák's case is indeed controversial and the Pope's initiative reopens a wound that was struggling to heal after it deeply divided the Slovakian Church ten years ago.

Bezák was appointed bishop of Trnava in 2009, at the age of 49, the youngest bishop in his country, presenting himself as an open pastor, attentive to social issues, determined to govern with transparency. He was the antithesis of his predecessor, Jan Sokol, who retired when he reached the age limit but was under the shadow of heavy accusations for allegedly ambiguous relations with the secret services of the former communist regime and for his murky management of the diocese's finances. The latter accusation was amplified by Monsignor Bezák's own complaints to the Holy See. But soon storm clouds were also gathering above the head of the young bishop of Trnava who, in June 2012, was asked to resign. When he refused, he was promptly relieved of his pastoral duties.

What had happened? Bezák has always maintained that he never received an official reason for the measure, even though some challenges to his doctrinal positions on sexual morality had been explicitly made. For this reason, a part of the Slovak Church reacted strongly to the Holy See's measure. There was also talk of questionable management of the diocese's financial assets, but in reality the main reason for the Vatican's decision is to be found in Bezák's practised homosexuality, also documented in the book by the Polish priest Dariusz Oko on homoheresy and the activities of the gay lobby in the Church.

There was a widespread belief that Bezák frequented openly gay gyms and saunas, but not only that: as a bishop he was also held responsible for having contributed to the formation of a network of homosexual priests. Over the years, this aspect has become increasingly clear, so much so that in Slovakia it is mainly liberal circles outside the Church that have come to his defence.

Meanwhile Bezák - who in recent years has taught religion at a Protestant high school in Bratislava - managed as early as 2014 to deliver a letter of his own to the Pope, who in fact received him at the Vatican in April 2015, and from there a familiar relationship continued that has led to the developments of recent days. Precisely in anticipation of his visit to Slovakia, Pope Francis had invited Monsignor Bezák to the Vatican last 24 June, where the former Bishop of Trnava with the Pope concelebrated and dined together.

Although today the Slovakian Bishops' Conference is united in its negative judgement on Monsignor Bezák, Pope Francis has in fact imposed his public rehabilitation; the bishops were only informed of his presence among the concelebrants at the closing Mass of the pastoral visit. In the last few days, there had also been speculation about the possibility of a diocese being reassigned, but Bezák himself denied this in a television interview on Tuesday 14th September with the main Slovakian network, although he said he was open to being appointed in the future.

The situation that has now arisen for the Slovak Church is decidedly embarrassing, all the more so since there is talk of documents and witnesses confirming that Monsignor Bezák has continued in recent years to behave inappropriately, to put it mildly. And it is certain that the usual circles will take advantage of this to advance the agenda of the gay lobby in the Church, even though we can imagine that this was not the Pope's real intention.