Al Gore wants to inflict a Big Green Brother on us

The former US Vice President Al Gore has announced the creation of a new technology (Climate TRACE) that will monitor greenhouse gas emissions on the entire planet. According to Gore, this new "big green brother" is able to trace the "identities" of those "responsible" for greenhouse gas emissions. It amounts to an eco-imperialism, with its devils and witches, that will crush everything and everyone. 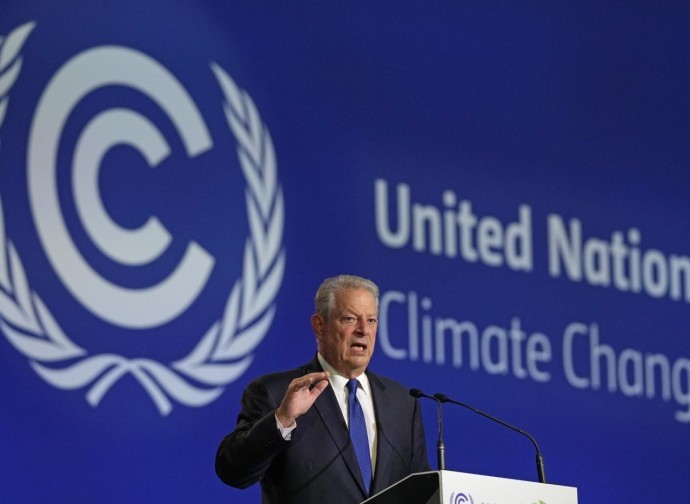 There's more to come: the former US Vice President Al Gore, who has always been a very busy entrepreneur and promoter of environmental dogmas, on Thursday 4 November let slip, during an interview with the American broadcaster MSNBC, news of the creation of a new technology (Climate TRACE) which will monitor greenhouse gas emissions on the entire planet. According to Gore, this new "big green brother" is able to trace the "identities" of those "responsible" for greenhouse gas emissions.

"We get data from 300 existing satellites, more than 11,000 sensors on land, in the air and at sea, multiple data streams over the internet and using artificial intelligence ... now we can accurately determine where greenhouse gas emissions come from", Gore stressed and then reiterated: "Next year we will have it down to the level of every single power plant, refinery, every big ship, every plane, every landfill and we will have the identities of the people who are responsible for each of those emissions streams of greenhouse gases and if investors or governments, or civil society activists want to hold them accountable, they will have the information on which to base their action and hold them accountable ”.

So, we are a few months away from having a Big Green Brother who will check, identify and send evidence for convictions against environmentalism. Do you light a fire in the mountains with wood found in the woods? Does your cow’s excrement pollute with ammonia or does it emit methane into the air? Off to jail with you! But, this choice of threats, words and priorities does not recognise simple reality: energy and food shortages are worsening for 99% of men and women on the planet. Most of the "solutions" in Glasgow are not only the antithesis of respect for human dignity, but also the opposite of all ecological common sense.

Even the 'International Energy Agency' has had to acknowledge that any "transition" from fossil fuels to "clean, sustainable and renewable" energy will require enormous quantities of metals, minerals and other materials. Electric cars need three times more copper than gasoline vehicles; onshore wind turbines, for example, require nine times more materials per megawatt than gas-fired CHP plants. Yet, the climate fanatics who gather in Glasgow to block roads, storm public buildings or demonstrate in all the cities of the world to demand immediate and draconian action, plan the sabotage of oil pipelines have no intention of being miners, workers in steel mills or drive trucks loaded with copper-cobalt-nickel (essential for "green" energy).

The UN climate conference ignores the energy deprivation, unemployment, low living standards, rampant disease, primitive agriculture, and the premature death that this climate-based eco-imperialist tyranny will perpetuate. Bureaucrats and climate extremists care little about deaths outside their enlightened circle, on the other hand, in their decalogue there is the Malthusian commandment on over population. It is no coincidence that the one percent who want to chain us to their environmental whims, does not consider themselves bound by the rules of behaviour they want to impose on all of us.

This is the perspective from which the role of Greta Thunberg is understood by considering the disproportionate income she has accumulated in just a few years: the more frequent and louder the absurd street protests are against governments, the greater the chances are that they will decide draconian measures and controls that affect hundreds of millions of inhabitants on the planet. All this, however, without hurting the billionaire interests of the new "masters of the world"