Abortion education: a priority for the G7

Among the priorities decided and the documents approved during the meeting in London of the G7 Foreign and Development Ministers, ahead of the next summit of leaders of state and government of the world’s most industrialised countries (11-13 June), is the education of girls to include the murder of their unborn child. Pushing for this are the powers that be from around the world. 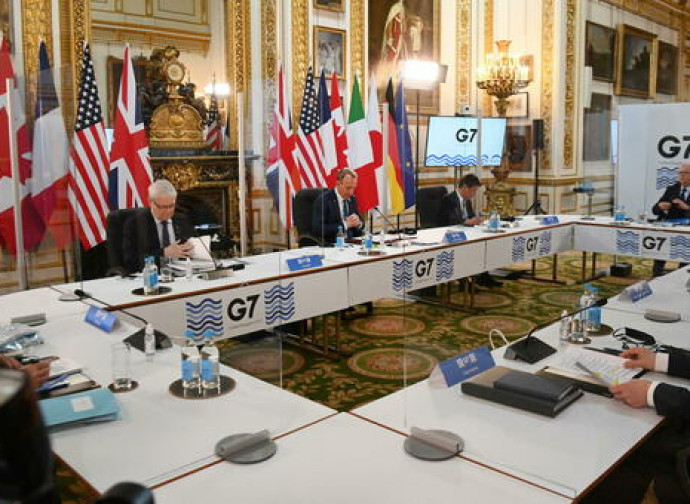 Among the priorities decided and the documents approved a few days ago during the meeting in London of the G7 Foreign and Development Ministers, ahead of the next summit of leaders of state and government of the world’s most industrialised countries (11-13 June), there is one that leaves one wondering: promoting the education of girls to include abortion.

Honouring women by preventing them from being mothers, and even from being born, is an insult and uncivilised violence. Among the various documents approved at the 3-4-5 May ministers’ meetings, many of which reiterate commitments to fight hunger, to work together to address threats, to improve their democracies, and to present a common front for health and against pandemics, there is also a significant document on the challenge of promoting education for girls in this pandemic and post-pandemic period from Covid 19. There is a willingness to help 40 million girls around the world to cultivate their talents, but not the willingness to take their destiny as women into their own hands, because there is certainly no wish for them to be mothers.

The Foreign and Development Ministers of the seven countries (Canada, France, Germany, Italy, Japan, the United Kingdom and the United States of America) pledge in particular to “work in collaboration with developing country partners, multilateral institutions, civil society, girl-led groups and youth leaders to remove obstacles to education that stand in girls’ way”. Specifically, by 2026 the world’s most developed countries represented in the G7, from which India, Brazil, Russia and China remain excluded, wish to expand educational initiatives that foster accelerated education, including through the provision of technology to enable distance learning, increase early literacy and numeracy programmes and, take note, “increase access to comprehensive sexuality education, promoting sexual and reproductive health and rights”.

The meeting of Heads of State and Government next June will also reaffirm its full commitment to the sexual and reproductive health and rights (SRHR) of all individuals, recognising the surge in high-risk births, unwanted pregnancies, unsafe abortions, HIV infections and FGM during the pandemic. Is this the educational challenge girls and young women need all over the world, and especially in the most disadvantaged countries affected by the economic and health crisis? Obviously not. However, in the days just before the G7 Ministerial Summit, in which the newly appointed Secretary of State Antony Blinken (a great promoter of the new American pro-abortion and pro-LGBTI foreign policy line), took an active part, Boris Johnson’s government announced a drastic cut in aid to the world’s least developed countries, a draconian cut that will affect many of the programmes supporting abortion, in particular through the United Nations’ UNFPA agency. The UK’s cut in funding for international programmes is 85%, from £154 million to £23 million in 2021.

The news, leaked after the summit between Boris Johnson and Kenyan President Uhuru Kenyatta on 26 April, prompted an outcry from UNFPA Executive Director Natalia Kanem (“London’s decision will devastate our family planning and reproductive health programmes around the world...with that money we could have paid for 4.3 million abortions”), Marie Stopes International and IPPF raised alarmed voices about the possible reduction in abortions around the world. The pressure from multinationals and UN agencies was therefore echoed in the document on education (and abortion). Certainly the presence and commitment of the US Secretary of State and USAID had a decisive influence on the commitments made by the G7 ministers.

It should just be remembered that a few days after the G7 approved the document on ‘Girls’ Education’, the US Senate definitively confirmed (28 April) the appointment of Samatha Power as head of the US International Aid Agency (USIAD), a very strong promoter of abortion in the world and whose confirmation worries the pro-life world in all poor countries. This appointment enabled the G7 meeting to approve a document on girls’ education worldwide.

It leaves one speechless that the foreign policy and development priority of the world’s seven strongest economies is an education for girls that includes explicit support for both comprehensive sex education (which includes early sexual intercourse, contraceptive use and abortion) and reproductive health (which has become the equivalent of abortion). This is yet another attack on the health and dignity of women and their freedom to be mothers.

All the powers of the world are involved: magazines such as Vogue, which accuses of vandalism those who welcome the birth of a child; abortion multinationals such as Marie Stopes, which affirms the equivalence between climatic well-being and the increase in abortions; the commitments of the ‘great’ countries of the world, of which the latest document of the G7 ministers is an example. Praising women and preventing them from being born and being mothers is not education, it is vulgar violence.