The spokesman for "We are the Church" has asked that the Archbishop of Cologne, Cardinal Rainer Maria Woelki, be deprived of his salary, although it is his legal entitlement and despite having emerged completely innocent from the accusation that he had covered up the abuses described in the Cologne report. Moreover, attacks against the bishop have multiplied recently,  "guilty" of not supporting the new path of the German Church. 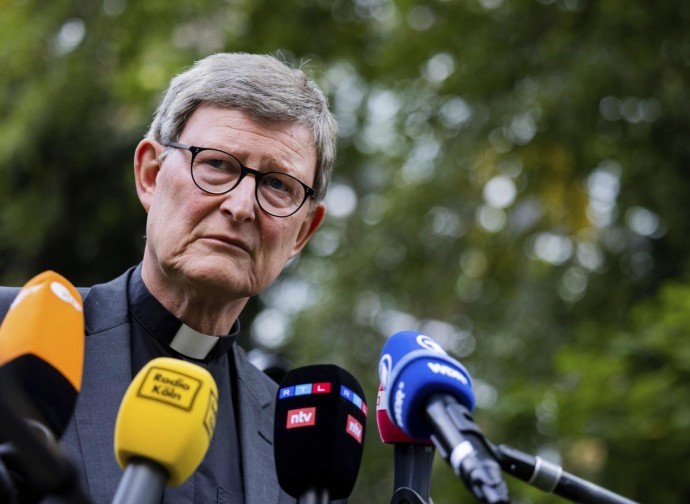 “Greater humanity instead of generalised condemnations” and “more readiness for reconciliation rather than ruthless harshness and severity”. These are two of the declared objectives of Wir sind Kirche ("We are the Church "), the ultra-progressive movement in perpetual struggle with the Magisterium of the Catholic Church. Apparently, they don’t apply to Cardinal Rainer Maria Woelki. After the conclusion of the apostolic visit to the Archdiocese of Cologne, he will be on a spiritual retreat from mid-October until the beginning of Lent next year.

In fact, the spokesman for “We are the Church”, has gone so far as to request that the cardinal be deprived of his legally entitled salary. Woelki and his salary, have not only become the focus of discontent for the grassroots movement but also for a large part of German public opinion and committed Catholic laity. There’s no light at the end of the tunnel for the archbishop of Cologne, his period horribilis began when he decided not to publish the abuse report, initially commissioned to a Munich law firm, due to methodological errors.

In fact, Woelki did not cover up the scandal, but had turned to another team of lawyers who then produced a new report, published in March, which cleared the role of the archbishop - apart from some 'guilty' indiscretions, published at that time, in local newspapers. Nonetheless, because of the way the communication of the matter was handled and due to the responsibilities that emerged on behalf of his predecessors, Rome sent an apostolic visit to Cologne under Cardinal Anders Arborelius and Monsignor Johannes van den Hende. Last month, at the conclusion of the investigation, Pope Francis received Woelki in the Vatican and, while confirming his trust in him, accepted his request for "a spiritual time outside the diocese".

But even before Woelki could start his break, scheduled for mid-October, the same media machine which had gone into overdrive to demand his resignation, got back to work to demand he now leave without any economic support. In Germany, a bishop is classified as a public employee and reaches a level of salary equivalent to a B10 official, that is a gross monthly wage of almost 14 thousand euros paid by the taxpayer. A salary that, as a source from the archbishopric explained, will not be suspended during the period of spiritual retreat granted by the Pontiff: "The archbishop is still in office and a spiritual break is not a vacation", a spokesman told the newspaper "Kölner Stadt-Anzeiger".

Although it is his right to be paid and Woelki was declared completely 'innocent' of the cover up allegations that emerged in the Cologne report on sex abuse, attacks have multiplied recently. In addition to the "We are Church" movement, the taxpayers' association of North Rhine-Westphalia has also joined in the criticism. Yet, sources close to the cardinal, have leaked his intention to donate "a considerable part" of his salary to the victims of abuse and have revealed that the cardinal must still be considered on duty in the following months, because he will devote himself to "discovering more about the modalities of pastoral care in neighbouring churches, especially in the Netherlands ”.

It should also be remembered, that since his inauguration, the current archbishop of Cologne had decided to "significantly reduce" his salary compared to that of his predecessor, Cardinal Joachim Meisner. Nor can it be excluded that the Cologne dossier was at the centre of the audience granted last Monday morning by Pope Francis to Monsignor Nikola Eterovic, apostolic nuncio to Germany who had the task of communicating both the apostolic visit to the archdiocese and the pause granted to Woelki.

On the same morning, the Holy Father also received Monsignor Heiner Wilmer, the young bishop of Hildesheim who had just returned from the publication of a report on the abuse of minors in his diocese in which the responsibility of his predecessor Heinrich Maria Janssen emerged. In 2018, Wilmer, who was in favour of the initiatives of Maria 2.0 and other ultra-progressive groups calling for the abolition of celibacy, the ordination of women and 'mixed' parishes with Protestants, had been reproached by Woelki for having subsequently argued that "the abuse of power is in the DNA of the Church".

The current bishop of Hildesheim 'retaliated' a few years later, calling the handling of the abuse case in Cologne "extremely deplorable". Some German sources have voiced a suggestion: could Wilmer become the next archbishop of Cologne? This would certainly be a sensational choice: until now it had always been taken for granted that, after his break, Woelki will return to his post in March 2022.

In the nunciature‘s communiqué, however, the intention was to underline how it was "clear that the archbishop and the archdiocese need a pause, a time of renewal and reconciliation". A formula that, especially in light of the media pressure he’s under, with no sign of it letting up, does not exclude the hypothesis of a change in the leadership of the German archdiocese with the highest number of faithful. In the meantime, the apostolic administrator who has taken over his office is Monsignor Rolf Steinhäuser, who until now has been auxiliary bishop and he will work with Monsignor Markus Hofmann, the vicar general and trusted collaborator of the 'retired' archbishop as his delegate. An internal solution that made the president of the diocesan council, Tim Kurzbach, turn up his nose, disappointed that Steinhäuser said that Woelki "should return after the break". But, should is only conditional.