Without Africans, no "plan" for Africa will work

The Pope and Giorgia Meloni, Italy’s new elected Prime Minister, relaunch cooperation with Europe and Italy to solve the problems of the black continent. This proposal is not new but inadequate as long as we forget that terrorism and migrants also come from Asia and we take for granted Africans are incapable, in the face of a Europe that struggles to help itself. 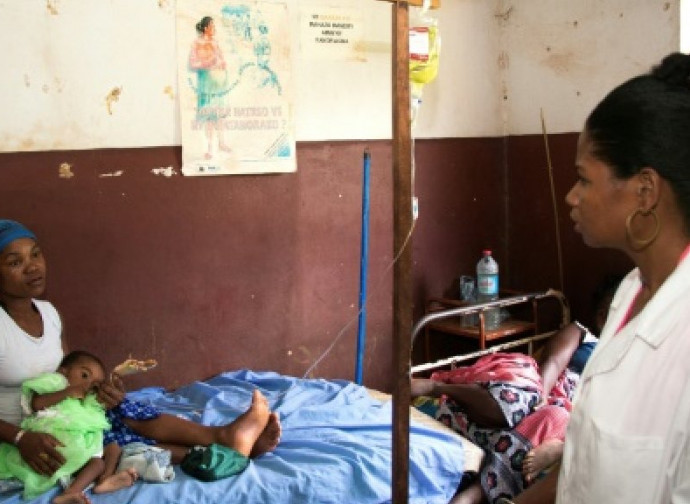 “Europe must launch a development plan for Africa, where some countries are not masters of their own subsoil and people are exploited in a terrible way. If we want to solve the problem of migrants, let's solve the problems of Africa”.
"Italy must promote a 'Mattei Plan' for Africa, a virtuous model of collaboration and growth between the European Union and African nations, also to counter the worrying spread of Islamist radicalism".

Apart from the expression 'Mattei Plan', instead of the usual 'Marshall Plan' for Africa, which has been proposed several times over the years, the statements quoted do not in themselves express substantially new concepts and intentions. However, they deserve attention because the first was made by the Pope, who is our highest moral authority, and second by the Prime Minister of Italy.

The first reflection that the two statements suggest stems from their focus on Africa by talking about two global phenomena. Both illegal emigration to Europe and Islamist radicalism are phenomena present everywhere. This year a third of the emigrants who have landed in Italy so far, 30,000 people, come from five Asian countries alone, Bangladesh leads with almost 13,000 arrivals. Al Qaeda was founded by Osama Bin Laden, Isis by Abu Musab al-Zarqawi. Both organisations were established and consolidated in Asian countries before spreading to Africa. Strangely, however, Asia is never mentioned. No one says that to stop immigrants and jihadists, Asia's problems must be solved, that Europe must create development plans for Asia and its countries.

Instead it is as if the African countries were not sovereign states like the Asian countries and all the others, but were still European colonies; as if there were no African Union, no regional economic communities, no African Development Bank; the Africans did not have national and regional armies: and it were therefore Europe's task, responsibility and right to solve their economic, social and security problems. Or it is as if Africans were still unable to decide for themselves and about themselves, although they have done so for millennia and only for a few decades have they been subjugated and dependent on foreign governments: and even then, under colonial rule, they were able to choose their own future, proof of which is that they rose up, claimed the right to self-determination and fought to become independent.

The second, somewhat bitter, reflection concerns the actual role Europe can play, assuming it is its duty and right to do so. There is no doubt that the emigrants to Europe, the illegal ones of course, and the jihadists affiliated with al Qaeda and Isis pose problems that now concern the whole of humanity and require urgent measures to be resolved. But Europe does not currently seem able to plan even its own development, let alone that of other continents. Italy in particular has rates of poverty, unemployment, and emigration for economic reasons (especially among young people) that are too high to think that it can and should take on global development plans in Africa or elsewhere.

A final thought. The choice of words is important. “A virtuous model of collaboration between the European Union and African nations” sounds better than “let's solve Africa's problems”. But, then, with whom exactly to collaborate? For months, the only good news from Africa has been the cessation of fighting in Ethiopia after two years of war, provided it lasts. Bad news, on the other hand, continues to come from most countries: in particular, from Mali and Burkina Faso, increasingly ravaged by jihad that the governments do not fight and indeed fuel; Sudan, where the killers are tribal conflicts and the military perpetrators of two coups in three years; South Sudan, which has so far known only two years of peace (in 2013 the two dominant ethnic groups, 25 months after independence from Sudan, unleashed a war for power); Central African Republic, without peace despite negotiating tables and ceasefires promised since 2013; Nigeria, grappling with violence now out of control that spares no-one; Ghana, hit by an inexplicable, extremely serious economic crisis (from which President Nana Akufo-Addo tries to divert attention by claiming reparations for Africans who were victims of the Atlantic slave trade); the Democratic Republic of Congo, Rwanda, and Uganda, on the verge of declaring war on each other; Cameroon, where the English-speaking minority is in revolt and yet great celebrations are about to begin to mark 40 years of presidency of Paul Biya, in office since 1982. Longer still than Biya is Teodoro Nguema, president of Equatorial Guinea for 43 years, in power since 1979 thanks to a coup d'état. The country will go to the polls on 20 November and Nguema is running for a sixth term: he says he has guaranteed the Guineans decades of peace, but, like Biya in Cameroon, he rules with an iron fist and his family considers oil to be their personal patrimony, the proceeds of which, if well administered, would make the country's approximately 1.4 million inhabitants the richest of the continent.