Sir Roger Scruton, the British philosopher who died last week, was known for being a tenacious defender of the absolute importance of beauty. From his point of view, in the last century, all western forms of art have gradually renounced the pursuit of beauty, mainly because of atheism. 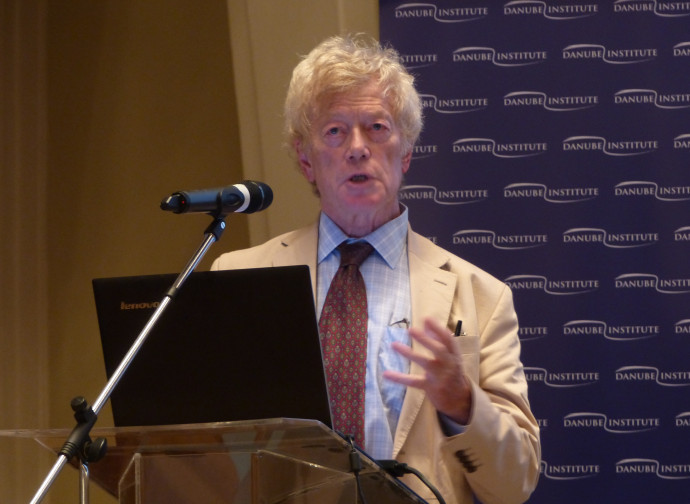 For Roger Scruton, contemporary Western civilization had virtually foregone its dedication to true forms of beauty. Unlike in previous centuries, art nowadays follows disturbing patterns inspired by the artists’ own navel-gazing proclivities for randomness, egoism, superficiality or mere practicality. This was the very source of ugliness that repulsed Scruton, since such bad art – if one could even call it art – did not reflect the depth and breadth of the human spirit.  True art forms should and could attempt to imitate God’s creative genius with man’s highest aesthetic expressions.

In his BBC documentary Why Beauty Matters, Scruton spoke bluntly about the uglification of man’s own natural artistic ecosystem, that is, neighborhoods and workplaces being erected and maintained by those who he vilified as vandals of the arts.

Everywhere you turn there is ugliness and mutilation. The offices and bus station have been abandoned; the only things at home here are the pigeons fouling the pavements. Everything has been vandalized but we shouldn’t blame the vandals. [They were] built by vandals and those who added the graffiti merely finished the job.

For Scruton, beautiful art is not just the random splatter of paint on a canvas or sprayed from a canister for graffiti on a city wall. It is not the deafening cacophony of uncoordinated musical notes. It is not a signed urinal on display at the Metropolitan Museum. Nor is it unadorned, flat utilitarian architectural structures in drab city centers and cookie-cutter residential communities. In brief, beauty is not a product of irrational disorder, but of highly rational order and divine mystery.

Beautiful art is rather something so intricate, so perceptive, so perfect, and so highly ordered, so ingenious that it seems that someone greater than man himself is responsible. The highest art created by man seems to come from God who held the artist’s hand and supplied him with direct knowledge and skill for accomplishing an artifact of extraordinary, marvelous brilliance.

Beautiful art fills us with the kind of awe and wonder that contemplates its very impossibility within the realm of human capability. It is only real use is to inspire us to seek more perfectly beautiful creations and to seek to be in the presence of the best creators. Beauty lays the paving stones to heavenly contemplation and co-existence with God in eternal life.

For Scruton, since the 1920s and culminating in the violent spirit of 1968 as he witnessed it as a student in Paris, the Western artistic tradition exploded along a self-destructive path of nihilism, eroticism, and functionalism. This annihilation of beauty was further abetted by cultural Marxism which lowered popular art and music to serve political propaganda and used architecture to erect impersonal, flat structures for giant and even more impersonal state bureaucracies and uncaring, cold agents of communism.

The Marxist atheist culture, in particular, aimed to root out beauty, precisely because beauty was a spiritual force for contemplating the divine and for inspiring creative thinking beyond the mindless and servile command-and-control mentality.

The West, in less than 50 years, had caved in to the Marxist flat, beige and uninspiring godless world that abhorred the human form and its high-reaching spirit for heavenly beauty. The latter was traded in for protecting a safe, boring, bureaucratic earthy paradise.Today’s art and architecture mire the human soul into a crass, self-serving, relative and, what’s worse, a godless search for existential meaning.

Scruton himself saw no conflict between the highest forms of art and the highest manifestations of religious belief. For him the art and religion were not rivals. On the contrary: “The sacred and the beautiful stand side-by-side, two doors that open onto a single space and in that space we find our home,” Scruton said at the end of his documentary.

Now we know why, until his very last breath, Roger Scruton’s existence mattered and still matters for generations to come.  His legacy will forever be this conditional:  if we lose beauty, we lose culture, and therefore the cultus, the worship of God. We lose not just any culture, but a God-seeking, heaven-gazing creative culture.