The WHO has decided to include artesunate, a derivative of artemisinin, in the group of three medicines whose efficacy in treating Covid-19 patients it intends to test. It has long been in use in Madagascar and Cameroon, but is only now being considered by the WHO. 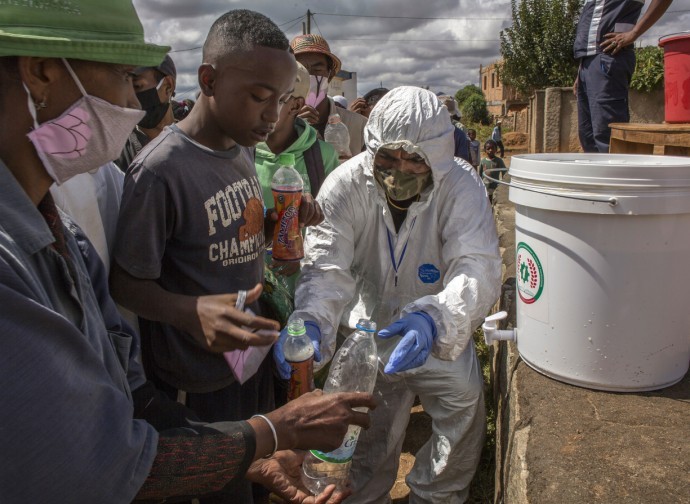 The WHO has decided to include artesunate, a derivative of artemisinin, used to treat malaria, in the group of three medicines whose efficacy in treating hospitalised Covid-19 patients it intends to test. The other two are imatibib, a tumour growth inhibitor, and infliximab, used for immunosuppressed patients.

They will be tested in hospitals by researchers around the world who are already seeking new treatments for the most seriously ill. The study is due to end in May next year. “The fact that it has been chosen”, said WHO Director-General Tedros Adhanom Ghebreyesus, making the announcement on 12 August, “does not mean that artemisinin is effective against Covid-19, there is no evidence of that at the moment. These drugs were chosen by an independent panel of experts”.

The use of artemisinin to treat Covid-19 has actually been discussed since the beginning of the pandemic, but so far, as with other treatments, the idea that it might be effective has not been taken seriously, and so no one has proposed testing it. And yet at least in one country, Madagascar, and perhaps also in Cameroon, it has been used for over a year.

“The government of Madagascar has been passing off a herbal drink as a remedy for the coronavirus. There is no evidence that it works, quite the contrary”. This and similar sceptical comments were made in Italy regarding the announcement put out on 21 April 2020 by Madagascar’s president, Andry Rajoelina, that he was about to start distributing COVID Organics, an artemisinin-based preparation, free to the most vulnerable people throughout the country, and selling it at a low price to everyone else. The President specified that the drug was to be used for prophylaxis at first, but that encouraging clinical observations gave hope for its curative effects.

A presidential decree then stipulated that COVID Organics was mandatory for all students. “All the necessary studies and tests have been conducted and its effectiveness in reducing symptoms has been proven in the treatment of patients with Covid-19”, the president said. “The profits will be donated to the Malagasy Institute of Applied Research (the drug’s manufacturer) to fund scientific research. I am convinced that history will prove us right”.

At the time, the WHO responded by asking the Malagasy government to conduct a clinical trial of the product. “We would like to warn the population and recommend countries not to adopt a product that has not undergone the necessary clinical safety and efficacy tests”, the WHO regional director for Africa, Matshidiso Moeti, told the World Economic Forum on 7 May. More than a year later, the data seem to prove President Rajoelina right. As of 12 August 2021, there were 42,795 registered cases in Madagascar and 950 deaths, 33 per million inhabitants. This is a very small number even if we take into account the fact that some data are missing, due to the shortcomings of the national health system: in Africa the cases of Covid-19 are 7,180,993, the deaths are 180,387.

Apparently many Africans, also in other countries, have chosen to treat themselves with COVID Organics, without waiting for WHO approval. Perhaps even more numerous are those who use two other herbal medicines produced in Cameroon: Elixir Covid and Adsak Covid, created by Monsignor Samuel Kleda, Metropolitan Archbishop of Douala, the country’s capital, a well-known expert in the use of herbal medicines. In April 2020, Monsignor Kleda announced that he had found a cure that could alleviate the symptoms of the coronavirus. “We take in people with respiratory difficulties”, he later explained, when invited to speak on state television, “and after 24 hours they start breathing normally again”.

The archdiocese of Douala immediately opened dispensaries to distribute free of charge the two treatments, which abroad cost $30 and $36. In a speech to the nation on 19 May 2020, the President of the Republic, Paul Biya, officially approved Monsignor Kleda’s medicines. In view of the results, political figures and businessmen started fund-raising campaigns to enable him to produce large quantities of his medicines. In June 2020, Health Minister Malachie Manaouda and Prime Minister Joseph Ngute met with Monsignor Kleda and subsequently organised a hearing for him in parliament.

“We have defeated Covid-19 in Cameroon”, said Monsignor Kleda during a press conference on 10 September 2020. By the end of January 2021, more than 10,000 Cameroonians had already been successfully treated. The number of coronavirus deaths in Cameroon is 1,338, i.e. 49 per million inhabitants.

What is disconcerting is the inertia and indifference of the WHO regarding what has been done in Madagascar and Cameroon, whether right or wrong – it is the WHO’s job to verify this. These are countries devastated by bad governance, by corruption set up as a system, but which are capable of attempting remedies and therapies