“The network of doctors treating the Coronavirus at home was started by one of us who wondered why such brilliant results were being achieved in Africa. When we found the solution lay in drugs and early treatment, we started to work in the same way: we respond to requests sent by email and have treated more than 6,000 cases. Mortality is practically zero”. This is what Dr Paolo Martino Allegri tells the Daily Compass about the work of IppocrateOrg. 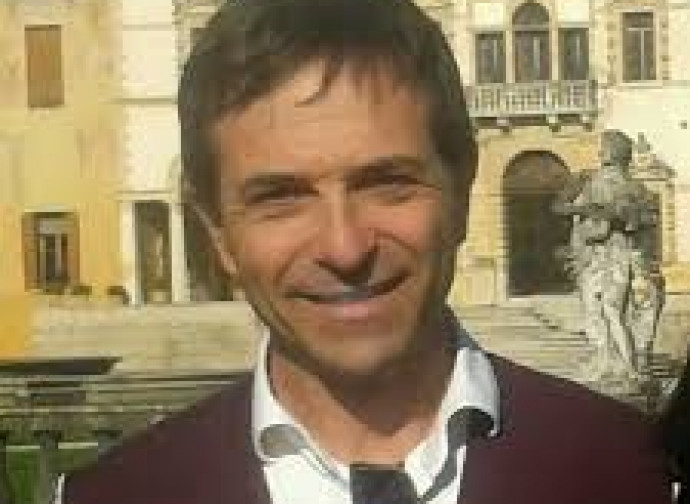 The recent judgement of Lazio’s Regional Administrative Tribunal in Italy has triggered the angry reaction of the guardians of the revolution, the fashionable virologists always ready to deny the possibility of treatment. It has demolished the incredible Italian governmental thesis according to which, in order to treat Covid, one must limit oneself to the use of Paracetamol and remain in “watchful waiting”, and then send the patient to A&E. It has also endorsed the home care protocol issued by the Piedmont Region, which provides for the use of those drugs prescribed successfully in recent months by brave doctors who have not complied with government directives.

Once again the most intransigent denialism is used against Hydroxychloroquine, but also against other drugs. Yet the work of doctors treating patients offers a very different picture, and these are not merely empirical experiences. We should be talking about actual Real Life Research: scientific research conducted in the field, not in the laboratory or on mathematical models. One of the associations most committed to this activity of hands-on care, in response to patients’ often desperate and unheard health needs, is IppocrateOrg.

This is a group of doctors who have named themselves after Hippocrates, the father of medicine, the man who established the principles of diagnostic investigation and founded medical ethics and deontology. We met one of the association's founders, Dr Paolo Martino Allegri. Born in 1962 in Africa as son of a missionary doctor, he is an experienced doctor from Padua in the North East of Italy. He specialised in paediatrics and then in neonatology and neonatal pathology. He now treats and heals Covid patients.

Dr Allegri, how did you get involved in the home care of Covid patients?
Until 10 years ago, I was the paediatrician in Vo' Euganeo, where the first Covid cases appeared in the Veneto region of Italy. We did not know what to do. Some of my former patients’ parents, with pneumonia documented on the CT scan, found themselves confined to their homes with practically no treatment, and that’s how I started, by offering them massive doses of vitamins, especially vitamin D, which I knew would strengthen their immune system. To my surprise, these patients’ oxygen saturation rapidly improved. Since then, I have recommended preventive vitamin prophylaxis and higher doses to everyone in case of illness.

How did you feel when you realised that Covid was not the Black Death but that it could be treated and cured?
I felt great satisfaction because I was able to give non-illusory hope to the people who asked me for help, but at the same time I was dismayed because I felt alone and somewhat mocked by the colleagues with whom I tried to share my experience.

How did IppocratesOrg come into being?
From an ingenious intuition of its founder, Mauro Rango, an Italian who lives in the Mauritius Islands. There, the Coronavirus was quickly eradicated at the beginning, using drugs that we have known for decades, such as Azithromycin, Hydroxychloroquine or Cortisone, while in Italy people were dying like flies. How was it possible that in Africa, where health care is certainly not as advanced as in Italy, such brilliant results were obtained, while in Italy they were unable to contain the spread of the disease? So he launched an appeal via WhatsApp to a group of friends, which quickly went viral. Since November, doctors from this group have been assisting patients, replying to their email requests for help.

What are the results achieved by the association’s doctors?
The results are excellent! I can say this with certainty because I have the data not only from my own patients but also from other colleagues. To date, we have far exceeded 6,000 cases treated. Of these, only a small percentage has required hospital treatment for a short time, but these are the people who came to us late. Our experience shows that early intervention is the winning strategy. The mortality rate of the patients we treat is practically zero: among those we have treated within a week of the onset of symptoms, we have had no deaths.

The facts therefore tell us that it is possible to cure and heal at home. As a result, we avoid the dreaded overcrowding of hospitals and intensive care units. Yet the technical government bodies have done nothing to encourage home care and have worked against this possibility, opposing any treatment other than Paracetamol at protocol level. What is your view of this strategy?
I firmly believe that it was a huge mistake not to promote home care. Treating Covid at home is much easier than people think, as long as you intervene early, as I already said. I'm a paediatrician and I wouldn't feel comfortable treating an adult with other diseases, but I find it quite easy to treat people with Covid. My oldest patient, who has already recovered, is 95 years old, and yesterday I treated another patient who is 98 years old! With regard to Paracetamol, it is a fact that its use aggravates the situation for two reasons. The first is that it does not have an anti-inflammatory action, which is essential in the treatment of this disease, but only acts as an antifebrile, giving the patient the illusory feeling of improvement, while the virus continues to spread through the body. The second is that, in order to metabolise Paracetamol, glutathione, an antioxidant substance present in our bodies, is consumed, whereas it is essential to combat the oxidation caused by the virus in the tissues.

The recent ruling by Lazio’s Regional Administrative Tribunal finally seems to open up the possibility of promoting treatment protocols in Italy involving the use of those drugs whose efficacy in the field has long been recognised in the treatment of the sick...
I agree. The ruling is very clear on this point. My hope is that now, even at ministerial level, they will take note of this new reality of home care that is fortunately gaining ground, not only thanks to IppocrateOrg, but also to other grassroots initiatives in Italian society.

If you were to be called to a hearing in front of the Technical and Scientific Committee in Italy, on the strength of the experience of recent months, what would you say to the experts?
I would say that we must courageously admit that hospital-centred treatment of the disease has been a mistaken strategy and that it is time to change course. Many doctors are realising this. The figures prove us right: early home care works. We need to encourage it in order to empty the intensive care units. Politicians must take note everywhere.