Venezuela, Where the Doctors Die from Covid or are Arrested

More than 25% of the deceased from Covid-19 are health care workers. The number has already jumped to 82. Yet the Maduro regime imposes censorship and repression to attempt to hide the human catastrophe that is unfolding: 12 doctors have already been arrested. The denunciation of Amnesty International to The Daily Compass: “90% of those who are hospitalized do not have water, soap, detergent, glasses, or special surgical masks.” 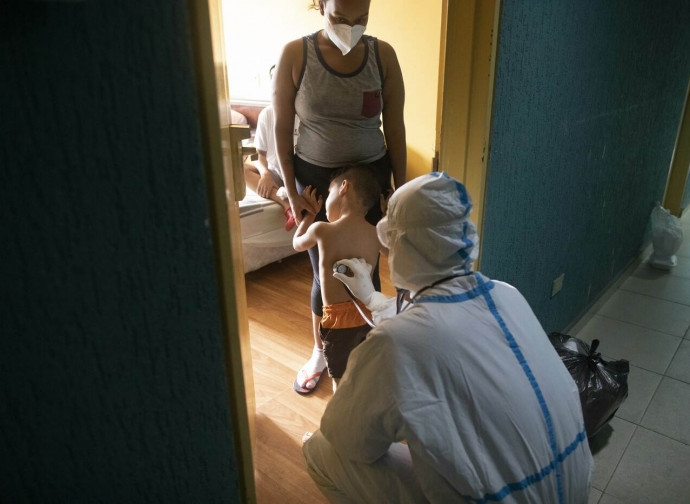 “The Venezuelan authorities are denying the number of health care workers who have died as a result of COVID-19… The government is totally irresponsible.” These are the words of the director of Amnesty International for the Americas, Erika Guevara-Rosas, given to The Daily Compass last Tuesday.

What is happening in Venezuela with health care personnel? Dozens of Venezuelan doctors and nurses are paying with their lives for the inability of the regime of Nicolás Maduro to effectively face the pandemic. “A little more than 18% of the existing deaths in Venezuela are in the medical sector, and just over 25% are in the health sector,” said Dr. Douglas León Natera, president of the  Venezuelan Medical Federation (FMV).

The news of the death of the first health worker was announced on June 16, when the death of Dr. Samuel Viloria was announced, the director of the university hospital in Zulia. Since then 82 health workers have died, according to the organization “Médicos Unidos de Venezuela.” But this figure is even more shocking, since it confirms that every 24 hours a health worker has died in the South American nation.

The information was confirmed by the deputy José Manuel Olivares, a doctor and presidential commissioner for the emergency of the interim government of Juan Guaidó: “Health personnel in Venezuela have a 30 times higher risk of contracting infection and an 11 times higher possibility of dying in Covid-19.”

And the actual figures for the pandemic in Venezuela are a mystery. The regime has given numbers that do not correspond to the behavior of the Chinese virus in the region, thus “we think that the under-reporting may be about 60%. We are working hard to have an actual number and we are already seeing an increase in general mortality, with deaths and death certificates in the case of Venzuelans,” Olivares said in a video that he published online.

These numbers of high mortality in health personnel in Venezuela are the result of two decades of socialism in the 21st century, that have left the health system in ruins. “In the hospitals there are no biosecurity materials, there is no water, there are no supplies,” said Carlos Salazar, coordinator of the National Union Coalition, also denouncing the inexistence of those supplies that were supposed to have entered the country through humanitarian aid.

“It is not known what the Red Cross did with the supplies that have arrived; it is not known what they do with the humanitarian aid that arrives in Venzuela, but they are not in the hospitals. Whoever enters a hospital can contract the Coronavirus; whoever goes to a hospital to be cured for another sort of disease is afraid of contracting the virus. Before Coronavirus the hospitals were in ruin; what’s more the medical personnel are poorly paid, and so they have left the country, nurses have left the country, and we must be careful because they intend to create express nurses and express doctors,” the union leader pointed out.

In this regard, the president of the FMV emphasized that this situation has contrained the president of the orders at the national level to ask the government of Nicolás Maduro for the definitive and permanent endowment of 301 hospitals in the area. “90% of the hospitals do not have water, do not have soap, do not have detergents. There are no tools to clean the public areas, not even the door handles. And naturally, for personal health, we are asking for biosecurity equipment: glasses, special surgical masks, and not the cloth ones that the government recommends that are useless,” he said.

As the pandemic spreads throughout Venezuelan territory, the regime responds with repression and censorship. “The spread of the disease is reaching a point in which the number of cases will exceed the number of tests that can be given by the government. The truth is that they have reached their maximum capacity for making swabs and they will try to tell us, to tell the world, that there is a flattening [of the curve],” the deputy warned.

José Manuel Olivares is always at the forefront of denouncing the shortcomings of the health sector, which has cost him a fierce persecutin that drove him into exile. On December 24 he even reported threats via his Twitter account: “When Jorge Rodríguez makes this photo [Olivares’ photo with “wanted” written on it] circulate on national television, what does it mean? Does he want to sequester me like Juan Requesens [a political prisoner]? Or torture me or kill me like they did with Captain Arévalo or with Fernando Albán?” he commented in a tweet.

At one time repression was reserved for political dissidents, but now it has come even to health personnel. According to Amnesty International, Venezuela is the only country of the region that has arrrested health workers and presented them to military and civil tribunals. As of today, at least 12 health workers have been arrested during the pandemic, including many who have not even been informed of the accusations against them.

The president of the Venezuelan Medical Federation confirmed that health workers are very afraid of talking about what is happening in the hospitals. “What is happening is very sad and very complicated, there are many patients with viral infection and we cannot verify if it is Covid-19, because there is only one national center that gives diagnoses, but it is controlled by the national government. There are real pressures on the health sector to prevent information from flowing truthfully and effectively,” he said.

It should be remembered that 50% of Venezuelan doctors have fled the country, leaving Venezuela with scarce resources to face the pandemic. An exodus that took place in the context of the human rights crisis that the South American nation suffered for several years and that made 5.2 million people flee. The health care workers who have remained earn between 4 and 18 dollars per month, and often must also walk more than 10km to go to work, because they cannot afford to pay for public transportation or because of the scarcity of gas.