News of the documentary film by Evgeny Afineevsky has reached the four corners of the earth because of the statements made by Francis contrary to the Magisterium of the Church: even if the phrase about “civil unions” were removed,  it would still be very grave, to say nothing of what it is reported that the pope said about two homosexuals raising children. If the Holy See does not disavow this, the result is a massive problem. 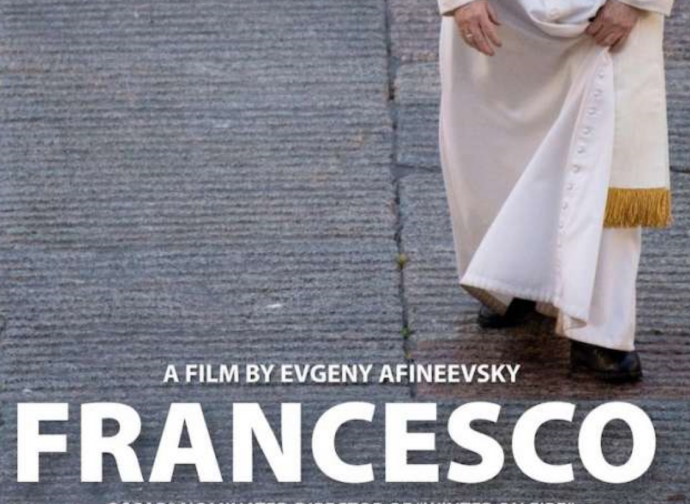 News of the documentary film by director Evgeny Afineevsky presented last Wednesday at the Rome Film Festival has reached the four corners of the earth because of the statements contrary to the Magisterium of the Church expressed by Pope Francis. As we have explained, the interview was artfully edited, but it is impossible to escape the sentence referring to people with homosexual attractions cohabiting (it is absurd to say that the pope was referring to a legally senseless law, which obliges parents to coexist with their children): “What is needed is a civil law. That way they are legally covered. I stood up for that.”

The pope had already talked about this issue in the 2017 book "Politics and Society" in which he argued that, as such unions cannot be called "marriage," "Let's call them civil unions." Therefore, Francis is said to have confirmed his opinion contrary to the doctrine of the faith (see, for example, the document signed by Ratzinger “Considerations Regarding Proposals To Give Legal Recognition To Unions Between Homosexual Persons”): “In those situations where homosexual unions have been legally recognised,…clear and emphatic opposition is a duty. One must refrain from any kind of formal cooperation in the enactment or application of such gravely unjust laws….” To vote in favour of a law so harmful to the common good is gravely immoral.”

But there is another passage in the documentary that exacerbates the situation and it is the one in which Francesco is filmed while making a phone call to Andrea Rubera and Dario De Gregorio (gay activists and self-styled Catholics) who had written him a letter about the fear of bringing their children to their parish. In the documentary, Rubera meets Bergoglio (in the photo on the left). Rubera then explains as follows: “I told him: "Holy Father, I want to know if it is beneficial for them [the children] and not a trauma, a bad thing for them." Three days later I got a call from an anonymous number. Somebody said to me: "Mr. Rubera?" "Yes,” I said, “it’s me.". “I'm Pope Francis, I called you twice but you didn't answer. I have read your letter; it is good and I understand your point of view.” And then he said to me: “Please take your children to the parish, be honest with the parish about your family. Certainly not everyone will share your choice to have a family like this, but I think you should go [to the parish] because it is good for your children.”

“His message,” Rubera continues, “and his advice were really useful ... he didn't say what his opinion was about my family. He probably follows doctrine on this point, but the attitude towards people has completely changed." Rubera does not explain the content of his letter, so it is not known whether he told Francis where these babies came from (through assisted fertilization and a rented uterus).

In any case, the pontiff knows that they are being raised by two men. So if, as Rubera maintains, the pope really did not judge the situation, pushing them to go to the parish to save the salvageable, it would be worrisome. Not telling two men who have consulted him, who claim to be fathers of the same children, that the good of those innocent people – even before going to the parish – is to grow up with a mother and a father, is a serious omission. In fact, it cannot be argued that it is a relative choice, shared by some and not by others. Above all, one cannot be moved by the poor cohabiting men, talking about the rights of homosexual people (besides, there is no “right to a family” for anyone), forgetting the right of the voiceless, defenceless children who are the victims of the current catastrophe of cultural norms.

In fact, Rubera and his partner have decided to place their deviant desire before the good of three little children, committing an act that the Church, in the document cited above, condemns as follows: “As experience has shown, the absence of sexual complementarity in these unions creates obstacles in the normal development of children…. Allowing children to be adopted by persons living in such unions is violence to these children, in the sense that their condition of dependency would be used to place them in an environment that is not conducive to their full human development. This is gravely immoral and in open contradiction to the principle, recognised also in the United Nations Convention on the Rights of the Child, that the best interests of the child, as the weaker and more vulnerable party, are to be the paramount consideration in every case.”

The doctrine of the Church therefore speaks not only of the immorality of using a rented uterus (here the mother is also violated) but also of adoptions by same-sex couples. And it adds that, for the good of all, it is necessary to tell the truth to those who live in these situations (which cannot fulfil human nature in need of complementary otherness): “Where the government's policy is de facto tolerance and there is no explicit legal recognition of homosexual unions, it is necessary to distinguish carefully the various aspects of the problem. Moral conscience requires that, in every occasion, Christians give witness to the whole moral truth, which is contradicted both by approval of homosexual acts and unjust discrimination against homosexual persons.”

Hence, if the whole documentary is the result of editing not completely envisioned by the protagonists, an official denial by the Vatican is needed. The fact that it is even claimed that the pope pushed the two men into the parish, without defending the three children in their care and their profound need for motherhood, further aggravates the situation by placing a heavy cross (of pain and loss) on the shoulders of the faithful. To say nothing of the consequences for the innocent children.