At the onset of the Covid-19 pandemic, Africa was projected to be the hardest hit continent. The projection proved to be incorrect. Now international organizations are making it a priority to vaccinate Africa. The problem is not supply. Even African nations are purchasing doses in huge quantities. The problem is local organization. 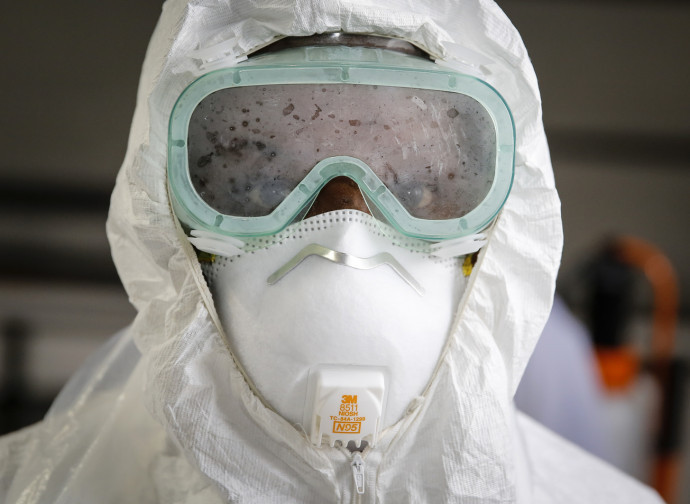 Around this time last year, the United Nations and non-governmental organizations were still denouncing the immense damage global warming was having on Africa. It was an environmental catastrophe and the consequential humanitarian crisis was sweeping across the continent, the most fragile and hardest hit by climate change. They were urging "wealthy countries", whom they particularly blamed for the looming disaster, to urgently provide African governments with everything they needed to stem the disaster. A U.N. study estimated that from 2020 to 2050 Sub-Saharan Africa would need 50 billion dollars per year in aid. According to some NGOs, at least 100 billion would be required. On January 30, 2020, the European Commission announced an aid package of 216 million dollars, the first part of a 2 billion dollar fund for Africa, much of which was to be invested in environmental projects.

Then Covid-19 struck and people stopped worrying about Africa's environment. Their attention turned to the immense damage the pandemic would inflict on Africa, the most vulnerable of continents and projected to be hardest hit by the coronavirus. The pandemic, as warned the World Bank, would wipe out two decades of economic growth and decimate the African population. In March of 2020, UN Secretary General, Antonio Guterres, stated that a "global pact of solidarity with Africa was an imperative". "There will be millions of deaths," he explained in a France24 television interview. "And at least 3,000 billion dollars will be necessary." The following month, the UN Economic Commission for Africa urged African governments to seek cancellation of contracted foreign debts and argued that the continent needed 100 billion dollars immediately to deal with the emergency and another 100 billion to invest in incentives. Without such funding, according to a recently completed study, 1.2 billion Africans (basically the entire population) would be infected and by the end of 2020, resulting in at least 3.3 million deaths.

As of January 17, 2021, there were 93,194,942 cases and 2,014,729 deaths worldwide. In Africa, 2,313,130 infections and 52,905 fatalities were reported. Even allowing for the fact that such figures might be underestimated, Africa is the continent with the fewest victims and with the fewest economic consequences. According to the World Bank, a reduction in GDP of around 3.3% is expected to be recovered in 2021.

Hence, for some weeks now, attention has now shifted to the urgency of vaccinating Africans, the poorest and most susceptible inhabitants of the planet. And as soon as possible. As Pope Francis stated in his Urbi et Orbi Christmas message, it is an unavoidable moral duty in the name of "a fraternity grounded in genuine love, making it possible for me to encounter others different from myself." It wasn't the first time the pope urged to heed not "the law of the marketplace and patents ", but instead to advocate finding a solution for everyone, "especially for the most vulnerable and needy of all regions of the planet."

On January 18, WHO Director General, Tedros Adhanom Ghebreyesus, also launched his global appeal. He stated: "The world is on the brink of a catastrophic moral failure – and the price of this failure will be paid with lives and livelihoods in the world’s poorest countries.. some countries and companies continue to prioritize bilateral deals,..[which are ]driving up prices and attempting to jump to the front of the queue." Ghebreyesus concluded that it is “not just a moral imperative, it is a strategic and economic imperative" as well because, as he sees it, a pandemic without a “Global Acton Plan” will last longer with further human and economic losses.

Once again, the focus of attention is on Africa, which must not be left to fend for itself against the current crisis. At the end of 2020, African Centres for Disease Control and Prevention President, John Nkengasong, had already spoken of a "moral catastrophe" if COVID-19 vaccinations are delayed in Africa while wealthier regions inoculate their entire populations.” Nkengasong urged: "We cannot delay, we need those vaccines and need them now. Wealthy nations have acquired vaccines in excess of what they need.”

It is again as if Africa were inhabited by people incapable of making their own decisions. Many African governments, on the other hand, have already taken steps to procure vaccines directly from pharmaceutical manufacturers and other countries: China, Canada, Russia, Sudan even from the United Arab Emirates. The African Union has just confirmed the delivery of 270 million doses in addition to the 600 million it already announced. On the other hand, the concern that Africa will be totally abandoned is completely unfounded. It is precisely on this continent that some of the most spectacular and successful vaccination campaigns have been implemented. Starting in the 1990s, campaigns were waged against polio, virtually succeeding in eradicating the virus. Another was launched against meningitis A, with two campaigns at the beginning of this century. Over 300 million people vaccinated against meningitis A, resulting in the near total disappearance of the disease. Last year another campaign began against malaria, with a recently developed vaccine and already employed in three different countries. Finally, there was the anti- Ebola campaign, with two separate vaccines used in the last three epidemics that struck the Democratic Republic of the Congo.

The funding and availability of vaccines are not the two biggest hurdles for Africa, as Nkengasong claims. They will be found, as they have always been, thanks to the WHO and the generosity of "wealthy countries." What is hopelessly lacking in Africa, and what makes national healthcare systems more or less inadequate, even in normal times, are doctors, paramedics and healthcare facilities. Liberia has just 4 doctors for every 100,000 inhabitants, the Central African Republic has 7, and Zimbabwe has 19. One of the nations with the most physicians per 100,000 inhabitants is South Africa with 91. At the start of the Covid-19 pandemic, together with Senegal, it was the only African country with a testing centre capable of examining viral test kits.